Why proposed legislation in Turkey aims to rein in social media 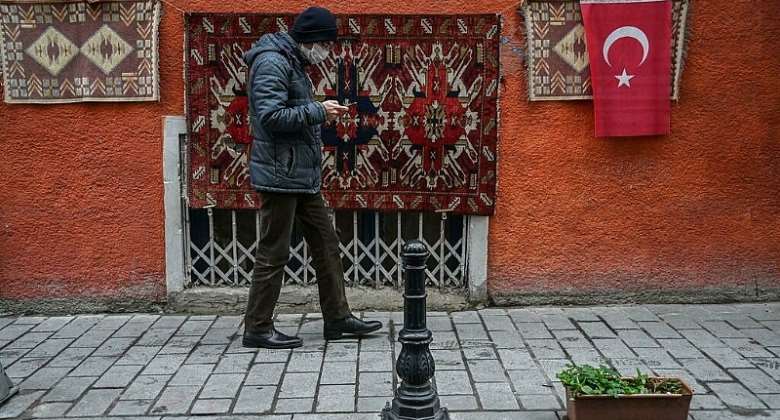 Dokuz Sekiz news web portal is one of a myriad of independent Turkish outlets that's opened up on social media in recent years. Like many others, it receives international support. But Turkey's presidential head of communication, Fahrettin Altun, is accusing foreign-funded media organizations of acting as a "fifth column," undermining the government at the bidding of foreign powers.

But Dokuz Sekiz chief editor Gokhan Bicici dismisses the allegation, seeing the move as a sign of the government weakening media control.

"They [government] are giving these media outlets hundreds of times more financial sources that we can even think about, that we can take from any foundation or foreign source. They want to make legislation that directly targets independent and critical media organizations. They defend these regulations with the thesis that those media outlets are supported by foreign governments."

Social media and news
The proposed legislation comes after social media news portals, such as Dokuz Sekiz, exposed the government's failure to deal with devastating wildfires that wrought death and destruction across much of Turkey's Mediterranean and Aegean regions.

Opposition mayors in the fire-stricken regions used the social media news platforms to call for assistance and expose the lack of support they were receiving, contradicting the government's narrative slavishly broadcast on mainstream media that everything was under control.

The government, anxious to avoid a repeat of such humiliation, is now introducing legislation to regulate and limit foreign funding of social media sites. Domestic and international rights groups have condemned the move. Turkey is already ranked 143 out of 180 countries for media freedom by the Paris-based Journalists Without Borders.

"I am concerned because it has always been very difficult in Turkey to develop a local system for funding independent journalism projects," said Erol Onderoglu, Journalists Without Borders, Turkey's representative.

"Many of the serious news portals are so dynamic thanks to international donor contributions. I think the government knows very well where to target," added Onderoglu.

The proposed legislation includes a jail sentence of up to three years for disseminating fake news. The legislation, if passed, will likely be seized upon by the country's zealous prosecutors; Turkey is already, according to rights groups, among the world's worst jailers of journalists.

But the increasing pressure on independent Turkish news is a sign of its success, claims Atilla Yesilada. Yesilada is a political analyst for Global Source Partners.

"The main motivation is Erdogan's approval ratings are dropping as we speak. Erdogan understands one of the main pillars of his long reign is his ability to control the news flow to the public," said Yesilada.

'But social media, YouTube, and these alternative media have become the number one news source," he added. "And he is getting desperate; we have another Covid wave, I think it's started, and the economy is in a miserable condition."

Disenchanted by traditional outlets
People are increasingly turning to social media for news, likely disenchanted by government-controlled TV stations' constant barrage of feel-good reporting. In addition, Turkey is scheduled for both presidential and parliamentary elections in 2023.

"They[government] have to act aggressively because the time of the government is over; they know that," said Dokuz Sekiz editor Bicici.

"Support of the oppositional parties is growing. They can see it in all the researches. They will try to destroy these social media outlets, But they will not be able to. The government is not as strong as they were in 2015 16 or 17. I think everything they can do against us maybe can even make us stronger."

The government insists the measures are simply aimed at protecting the integrity of the media. But given Erdogan's need to play catch up for the first time in his career, the pressure on independent social media is likely to grow.