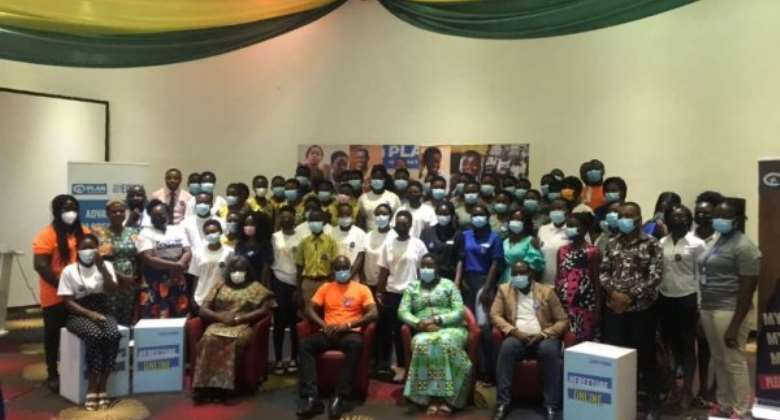 Assistant Commissioner of Police (ACP) Dr. Gustav Herbert Yankson, the Director, Cybercrime Unit at the CID Headquarters of the Ghana Police Service, has cautioned girls and women to desist from sharing nude contents of themselves with their partners online.

“Do not take nude pictures or videos of yourself and do not share such contents to your partner, not even your husband. The problem is the phone could be hacked, stolen or get damaged and may need to be taken to the repairs and before you know it, your nudity is circulating everywhere,” he reiterated.

He explained that the law also held people who put their nude pictures online and shared them on social media liable to an offence.

“Don't say someone did it and was not held liable, maybe the Police might not hear of that person's but might hear of yours,” he added.

ACP Yankson said issuing a threat to disclose someone's nude pictures was a criminal offence that could land a perpetrator in jail for about 10 years.

It was unfortunate that over the last six years, the cases of cybercrime had gone up, he said, adding that, it was a wake-up call on the Unit to work hard to reduce it drastically.

He gave the advice at an event organized by Plan International Ghana in Accra to commemorate the 2021 International Day of the Girl Child.

The global theme for the celebration is, “Digital Generation, Our Generation”, however, Plan International Ghana's adopted theme is: “Girls Get Freedom Online – Safety from Cyber Crime”.

The Cybercrime Unit Director drew the attention of the public to the fact that all acts that were criminal in society were also criminal when done online, and the Cybersecurity Act 2020 had intensified the punishments due for cybercriminals to serve as a deterrent to others.

“If you insult in the normal space in society and if you insult in a cyber space or on social media, including WhatsApp group platform, it is criminal because it was in a public domain and you will be held liable for that,” he said.

ACP Yankson said the internet had come to stay, hence, parents and guardians had to be watchful and ensure that their children were not exposed to bad contents online and did not succumb to manipulations.

Mrs Awo Aidam Amenya, the Executive Director of Child Online Africa and Chairperson for the event advised internet users to use different passwords for fun having social media platforms and official ones and as well change their passwords every six months.

She noted that digital literacy and citizenship were necessary to build the resilience of younger people while in the digital space.

“If we don't make that a lifestyle, chances are that, the moment they hear about abuse, they sign off. If they are digitally literates, they will know which content to put on which media platform,” she added.

In attendance were representatives from the United Nations Population Fund, World Vision, and Care International among others.