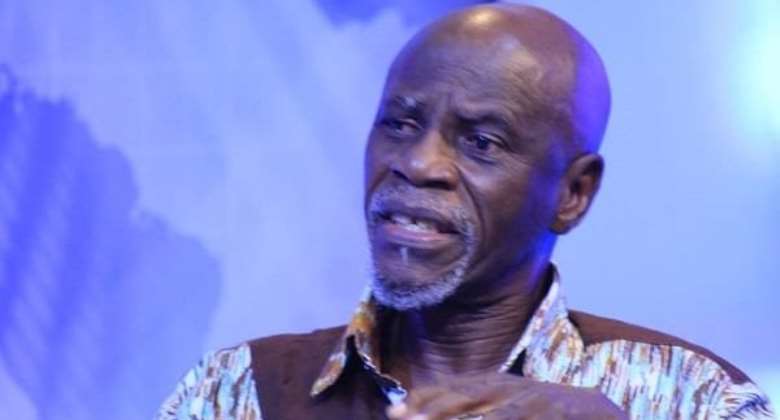 A group has called for the rejection of "The Promotion of Proper Human Sexual Rights and Ghanaian Family Values Bill, 2021".

The private member's Bill, which is currently before Parliament, seeks to criminalize the activities of lesbian (female homosexuals), gay (male homosexuals), bisexual, transgender and queer or questioning (LGBTQ ) in the country.

The Group said the Bill ought, with respect, to be firmly rejected by the Parliamentary Select Committee on Constitutional, Legal and Parliamentary Affairs, and by Parliament as a whole, adding that Bill had no place in Ghana's constitutional democratic republic.

Mr Akoto Ampaw, a Member of the Group, speaking at a press conference in Accra, said the group in a Memorandum to Parliament, expressed its opposition to the passage of a bill which they believed threatened to undermine the rights and freedoms Ghanaians had fought for and gained as citizens of our democratic republic.

"We therefore, call on the freedom loving people of Ghana to ask their representatives in Parliament to reject this dangerous bill and ask you to disseminate to the public our views on this issue."

He noted that the LGBTQ Bill currently before Parliament was a major step backwards for democracy, inclusiveness, the protection of minorities and the vulnerable in society, and of fundamental human rights in Ghana.

He said the Bill constituted a flagrant violation of the rights and freedoms guaranteed under the Constitution and is an existential threat to our Republic and its core values as set out in the Preamble of Chapter Five on Fundamental Human Rights, and Chapter 6 on Directive Principles of State Policy of the 1992 Constitution.

With regards to violation of fundamental freedoms, Mr Akoto Ampaw said the Bill violates virtually all the key fundamental freedoms guaranteed under the Constitution (Articles 11, 15, 18 and 21), namely the right to freedom of speech and expression, the right to freedom of thought, conscience and belief, the freedom to practice any religion and to manifest such in practice (which includes the freedom not to practice any religion).

He said in essence the provisions of the Bill were so egregious in their violation of these fundamental human rights and freedoms that it beggars belief that they could be introduced as a Bill in the House of Parliament.

Mr Akoto Ampaw said the Bill in its memorandum quoted the view expressed by the National House of Chiefs that being LGBTQ was a “taboo and inhuman” under Ghanaian culture, declaring that “that statement, with all due respect to our traditional rulers, stigmatises the being and identity of LGBTQ persons and denied them their humanity”.

He said it directly violated Article 15(1) of the Constitution which provides that “The dignity of all persons shall be inviolable.”

Other members of the Group of Ghanaian Citizens include Professor Emerita Takyiwaa Manuh,