Ghana’ S Legal System And Its Impact On The Business Environment 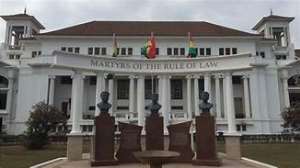 Introduction
The question that any potential investor wants answered is on his personal safety and the security of his business concerns/ investments, which are both ensured by a robust legal regime.

Ghana is the hub of business activity and an attractive destination within the sub-region for investment not only because of its promising economic indicators but also its sound political/legal climate. The siting of the secretariate of the Africa Continental Free Trade Area in Ghana butresses this point.

The country can boast of vibrant democratic principles with a constitution which guarantees and protects fundamental human rights and freedoms of all persons within its jurisdiction. These rights are however subject to the respect for the rights and freedom of others and for the public interest.

The Judiciary
The Judiciary is the branch of government which interprets, applies and enforces the laws of Ghana. It functions though the court system in both civil and criminal matters, including matters relating to the Constitution.

Ghana’s judiciary pursuant to the 1992 Constitution is very independent not subject to the control or direction of any person or authority other than the Constitution . This can be attested through several bold decisions taken by the Superior Courts

Divisions of the Court System: Superior and Lower Courts

The Superior Court is made up of the; Supreme Court, the Court of Appeal, the High Court and the Regional Tribunals, whilst the lower courts are made up of the circuit and district courts

It has original and exclusive jurisdiction in all matters relating to the enforcement or interpretation of the 1992 Constitution and matters arising as to whether an enactment was made in excess of the powers conferred on Parliament any authority or any person by law or under the Constitution..

The Supreme Court sits to do business with not less than five justices.

It has jurisdiction in all civil and criminal matters, it also hears appeals from the lower courts and other lower adjudicatory bodies such as the House of Chiefs and Traditional Councils

It is constituted by a single judge sitting alone or with either jury or assessors depending on the subject matter.

The High Court in Ghana has the following specialized divisions: Commercial, Land, General Jurisdiction, Divorce and Matrimonial, Probate and Letters of Administration, Industrial/Labour, Criminal, and Financial and Human Rights.

It has jurisdiction in only criminal matters, particularly offences under Chapter 4 of the Criminal Act1960(Act 29), offences under the customs and income tax laws, narcotics and serious economic fraud, loss of state funds or property.

The Regional Tribunal does not try criminal offences which require jury or assessors.

Lower Courts
The Lower courts comprise the Circuit, District, Juvenile Courts and the National and Regional House of Chiefs as well as the Traditional Councils.

Public Proceedings
In the interest of public morality, public safety, or public order proceedings of the court are generally held in the public except where publicity would prejudice the interest of justice, public defence, safety or morality or the welfare of persons under the age of majority

Other Law Enforcement Agencies
There are other quasi-judicial bodies and law enforcement agencies in Ghana to help prevent or reduce crime, ensure safety and protect the rights and freedoms of all persons Some of these are; The Police Service, The Prison Service, The Commission for Human Rights and Administrative Justice, the National Labour Commission, the Economic and Organized Crime Office, the Narcotics Control Board and many more.

Ghana’s strong judicial independence contributes to its attractiveness as a business and investment enclave. Perhaps the only drawback is the slowness with which the wheels of justice grind which is attributable to the influx of cases. This not too impressive situation is being remedied through various measures, one of them being the recent adoption of alternative dispute resolution mechanisms.