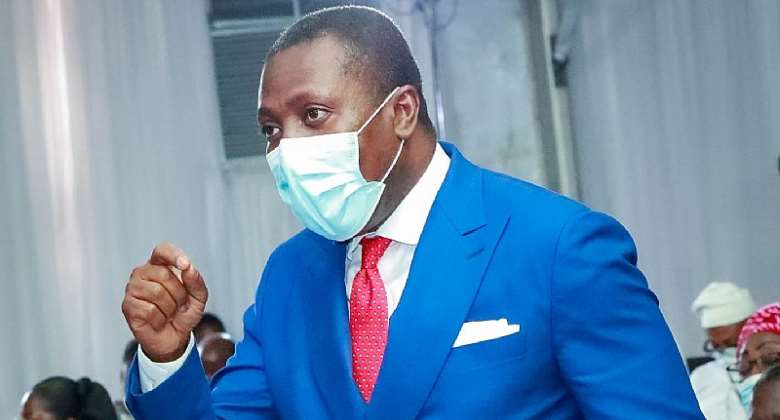 The Member of the Parliament (MP) for the Effutu constituency in the Central Region, Hon. Alexander Kwamina Afenyo-Markin has jumped to the defence of underfire Health Minister Dr. Kwaku Agyemang Manu.

According to him, Ghanaians and groups are piling pressure on the Minister to resign over his role in the botched Sputnik V Covid-19 vaccine because they do not have the full facts of the matter.

Mr. Afenyo-Markin argues that Dr. Kwaku Agyemang Manu has become a victim of circumstance because Ghanaians and persons who should know better are intentionally twisting the narrative surrounding the deal with Sheikh Ahmed Dalmook Al Maktoum to embarrass him [Health Minister].

“Unfortunately Mr. Agyemang Manu has become a victim of circumstance and that is the price you pay when you come into public service. It is expected. People can misconstrue you. The public has not received the full facts. People are twisting the story to embarrass him.

“The point is that when he was referring to that figure, at the point in time, he was responding to questions on the government of Ghana sources, bear in mind that for bilateral sources there is no third-party distributor. So he said that on that score, he will not pay more than that,” Afenyo-Markin told Citi News.

In the heat of the Sputnik V Covid-19 vaccine, Health Minister Kwaku Agyemang Manu has taken a two-week break.

Calls for his resignation or sack have also heightened since last Monday with a section of Ghanaians and Civil Society Organisation adding their voice.