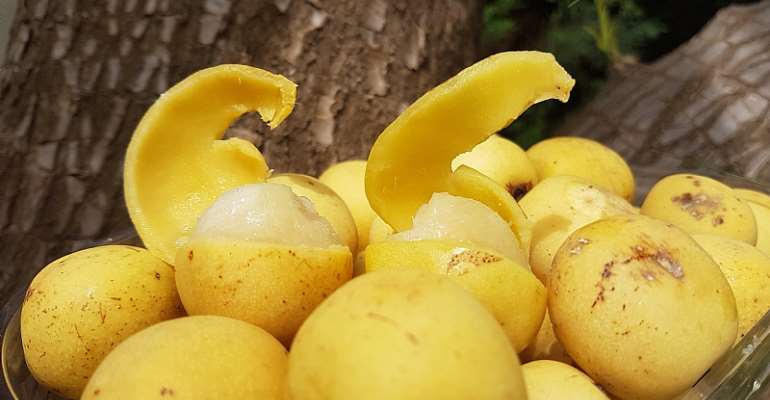 The fruit from a marula tree. - Source: Shutterstock

Food security exists when all people, at all times, have physical and economic access to sufficient safe and nutritious food. This must meet their dietary needs and preferences for an active and healthy life. In South Africa, some reports show that the country is nationally food secure. However, there are variations in reports from communities and at household level. Some studies show high levels of food insecurity in different parts of the nation.

The inclusion of indigenous plants in people's diets could play a part in solving this disproportional food insecurity problem. These plants tend to be relatively absent from people's diets.

We conducted a study among rural households in South Africa's North West province. The aim was to get a more accurate picture of food insecurity and to identify what could make some rural households vulnerable to hunger and poor nutrition. In addition, we wanted to find out what people knew and felt about indigenous plants that could be eaten and included in their diets.

We sampled 133 rural households across 12 communities from the four district municipalities of the province. The utilised data was collected through a well structured questionnaire. This was divided into two sections. We wanted to identify the socio-economic characteristics of a participant's household and also their knowledge and consumption of indigenous and naturalised plants.

Our analysis included 31 pre-selected indigenous and naturalised plants (grains, fruits and vegetables). We used various analytical tools to achieve the objectives and further examined whether the participants would be willing to pay for the plants if they were available.

These plants can also be cultivated in other provinces of South Africa.

Nearly all of the participants (96%) knew of these indigenous and naturalised plants. More so, about 40% of the households agreed that the plants were potential sources of food-nutrition and income to households and communities in the province. However, they presently didn't cultivate them or include them regularly in their diets.

This suggests a high potential demand and market for the indigenous and naturalised plants in rural South Africa. However, the study identiﬁed some constraints to the inclusion of these plants in household diets among the rural communities. Among the constraints are low cultivation and limited access to markets.

We concluded from our research that rural households needed to be made aware of the numerous beneﬁts associated with these plants. Interventions to raise awareness about their food-nutrition, health and economic benefits could encourage people to buy, consume and cultivate them.

Wider acceptance and utilisation of these indigenous and naturalised plants could help reduce over-reliance on the exotic food varieties such as apples, cabbages and maize. These are relatively expensive.

There are a number of recommendations that can be made, based on our findings:

Agricultural and food policies at the national level should be aimed at ensuring that the marginalised rural communities are encouraged, trained and incentivised on the cultivation of indigenous plants. This will facilitate the inclusion of these plants in diets.

The fact that most of the participants were willing to pay for the indigenous and naturalised food plants showed that there is a potential market for them. We therefore suggest that it's worth finding ways to get indigenous plants into markets close to these marginalised rural poor, who are the most food insecure in the nation. This can be achieved through the establishment of small-scale retail outlets for indigenous plants in rural communities in South Africa.

Likewise, strategies are required to make people more aware of the nutritional, health and economic importance of indigenous plants. Awareness should be created about how they can add value at household, communal and national level.

Finally, we suggested that there is also a need to further develop the indigenous and naturalised plant supply chain from rural to urban parts of the country in order to meet the needs of the rapidly urbanising population of South Africa.

Abiodun Olusola Omotayo does not work for, consult, own shares in or receive funding from any company or organisation that would benefit from this article, and has disclosed no relevant affiliations beyond their academic appointment.