Armed Robbery and Cybercrime in Ghana are the Consequence of Unemployment 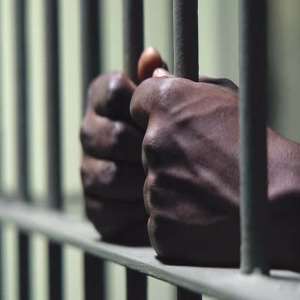 Ghana experienced massive unemployment from 2010 and this sorry state has continued to the present day in 2021. Several reasons account for this unfortunate situation. There are more than fifty universities, both public and private, in the country. There are also several technical, vocational and other professional institutes in Ghana. Tertiary institutions churn more than 10,000 students yearly and who are willing and ready to find jobs in the labour market. But are jobs readily available?

Secondly, there are no industries available to absorb these graduates who come out. Even though there are many high schools, not all teachers who complete their national service get re-employed. There is total frustration among the youth and degree holders. Only between 10 to 20 percent of these school leavers get jobs in both the public services and the private sector.

It is not only students who have problems with unemployment but this affects the entire population especially the youth. It is, indeed, true that the devil finds work for idle hands. Consequently, many of them resort to any means necessary that will put food in their mouths. Such means include armed robbery and cybercrime.

Armed robbery is attacking, looting or robbing a household, a locality, a passenger car or banks and shopping premises by means of lethal and sophisticated weapons. Very often armed robbers conduct their criminal activities in the night. However, they can also operate in broad day.

There are many nationals from the neighbouring countries who come to Ghana to find greener pastures but never find one and therefore turn into criminality and armed robbery. These culprits are mainly Nigerians, Togolese, Beninois and Fulanis. Sadly some of these armed robbers have Ghanaians included in their robbery expeditions. Anytime these armed robbers are killed or arrested, there are two or three Ghanaians involved.

These wicked and heartless Ghanaians are those who take these armed robbers to their victims. They rob and shoot to kill.

These unemployed Ghanaians are recruited by foreign nationals who enter Ghana pretending to be looking for non-existent jobs but are rather criminals or merciless armed robbers. It is alleged that before these armed robbers go to Ghana they are fully protected and fortified by juju men who make them impermeable and resistant against gun shots, machetes and other deadly weapons. Unfortunately, those Ghanaians who join them have no such protection.

Three Ghanaians and four Nigerian armed robbers broke into the house of a businessman and at, gun point, ordered the man and his wife to lie down. They ransacked the house of every property and packed them in a waiting truck. What is worse they ordered the couple to have sex with each other as they stood and watched.

Broadly speaking, Cybercrime comprises all crimes that happen in information network or utilise information network. When it comes to crime involving information network, they are often sorted into cyber-dependent crime and cyber-enabled crime. The chances of being caught and punished are perceived to be low. This is due to poor protection by Internet of Things (IoT) devices.

Ghana is among the countries with one of the weakest cyber security systems. Due to this, cybercrime in Ghana is becoming easier.

Several unemployed graduates who have specialised in Information and Communications Technology (ICT) are having a field day in cybercrime. Most of them consult occults, Malams and juju men who help them to work on the minds of those they meet on the internet. The boys have made a lot of money through cybercrime. They buy very expensive clothes, drive expensive cars and spend vacations at prestigious resorts. Most of them wear watches which are more expensive than the cost of renting a 4 bedroom apartment in Accra for a year. Many of them have collections of such watches.

Agyekum, an unemployed graduate and a cybercriminal went to Katanka car manufacturing plant and took video shots of the factory, including a fleet of newly manufactured SUVs and placed the video on YouTube. He called Janet, a former electronic engineer at Ford Motors. He had been chatting with the lady on WhatsApp for more than six months. He told the woman he was going to send her a video link of the car factory his father bequeathed him, including three buildings, one in Ghana, U.K and Dubai. He told Janet to invest in the company so she becomes a share-holder. When the woman watched the video, she was so excited that she sold her villa and wired 50,000USD to Agyekum. Agyekum told the woman that since she wants to come and live in Ghana, she should send additional 10,000USD to complete residence and work permit and to apply for shareholders certificate for her. Janet sent the money. Agyekum disabled the video on YouTube which automatically deleted what he sent to Janet. He also blocked her on WhatsApp and other social media.

If the problem of armed robbery and cybercrime cannot be solved, the government must establish more factories and state farms to feed the factories. Nkrumah was able to establish more than 400 factories. Unemployment was unknown and students could even get vacation jobs.

So Nana Addo, "Addo in a hurry," you should get more serious with the one district one factory agenda in order to solve unemployment once and for all.