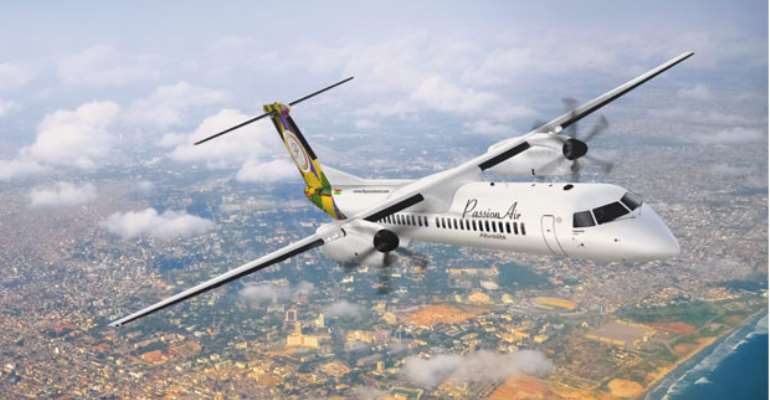 There's much that others do that affects us for good or for bad. I am not talking about leaders and all the power they wield to shape our lives. It's about a professional person performing his normal duty and how his good work impacted my life. I think the name I heard was Philip. I hope I am not confusing it with Philips.

It's all I remember to which I attach an unexpected bad weather pleasant PassionAir flight experience. It was way beyond the rough times I had expected ahead of the flight. So Philip has become a name that will always surface, linked to a journey of return to enjoying flying by conquering the fear of flying. An aspect of acrophobia or fear of heights, it had plagued my life for many, many years. A classmate by the name of Philip used to help me pound my fufuo, when we were in primary school; and now the same name saves me from fear of flying.

I never for once heard Captain Philip's voice during the flight, as often happens with a captain's announcement from the flight deck or cockpit. His piloting deed spoke more than any words he would have spoken. Not having spoken the name himself for me to be positive that it was what I heard, I google searched during which was revealed one Captain Kaberia. Maybe he was the one.

Making my way to the airport, ahead of us, towards the east, the clouds had gathered. At 15 hours GMT, there was no way any bus was going to get me from Kumasi to Accra before the fall of darkness. By my own guesswork, the majority of road accidents on the Kumasi-Accra highway occurs between dusk and dawn. So I have made it a policy not to travel on that route between dusk and dawn.

That left my only means of making an 11 am meeting appointment in Accra the next day, the reason for which I had to travel that day, was by a 30-minute flight. Without enough money to purchase a GH¢375 airfare quoted by my travel agent, my Twafoɔhene, helping me out by driving me originally to the VIP station, kept asking: 'Nana, so where are we going; airport or VIP?'

Not having enough money had cast doubts on my commitment to travel by air. But the fear of accident kept pushing safety through the airport ahead of not having to worry about money if I were to travel by road. Finally, on the runway for take-off, anxiety over delayed flight and risky weather, to the extent that a flight had been aborted because of the bad weather, began waning after a smooth take-off.

The gathered, and still gathering and darkening clouds on the way to the airport had not made the decision of a choice between flying and bus ride any easier. The clouds were showing overwhelming signs of imminent rain. My experience has been that rain usually stops flights. My fear of flight, though, had nothing to do with cloudy or rainy weather. My first flight in the 1970s, which was with Ethiopian Airlines, was so good and exciting it had given me enough confidence to fearlessly fly again and again.

However, a Sydney–Melbourne flight in the mid-1980s, a wild, turbulent one, was to put the fear of flying in me. The fear had subsided a bit, but a Toronto-Windsor rough flight awakened it. I now know that, although I was born acrophobic, it had been the small size of the aircraft used in both flights, their inability to cope with the turbulence that had caused me to develop the morbid fear of flying. That was all until Captain Philip.

During take-off, cruising, and expected turbulence out of which he so much manoeuvred all through to the descent to Accra airport without turbulence effect was incredible. I have experienced many frightening turbulent incidents on the route, including travelling over Accra into the Gulf of Guinea to turn round and land from the sea in the south towards the north, against the normal approaching landing from the north. The Philip touchdown, flawless without the usual thump of various degrees of body shake, was especially touching because it was so soft; completely devoid of the usual bump. He, then, taxied graciously to the final stop.

It's a matter of 'onipa yɛ adeɛ a ɔsɛ ayɛyi' and bravo to the competent Captain. If wherever and whenever we find ourselves we will do our duty conscientiously, as I believe Captain Philip did, we should be getting somewhere very soon. I wonder how many of us would convincingly claim to be doing that, though.

I had hoped to convey my compliments to the good Captain through the cabin crew who usually wait at the exit point as passengers disembark. Unfortunately, they were busy looking after some children near the staircase, perhaps waiting to hand them over to adults. Two more flies like that and I will be back to enjoying flying with all the excitement of my maiden Ethiopian Airlines flight experience.