Businessman, Mutumwa Mawere’s Book, ‘When Minds Meet’ Gives the World a Glimpse on the Causes of Africa’s Problems 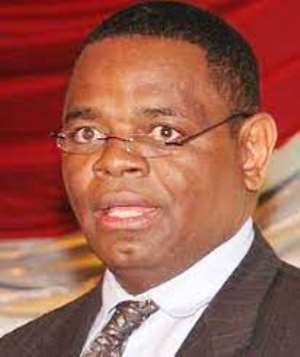 An eye-opening book titled ‘When Minds Meet’ written by a businessman Mutumwa Mawere, whose educational adventures spanned across different continents doing different studies including Actuarial Sciences, Economics, Business Management as well as Finance and Investments is giving the world a glimpse on the causes of Africa’s myriad of problems.

When Minds Meet is an interesting and mind engaging literature which is a collection of news articles that he wrote on matters that need to form part of critical conversations among Africans if the continent is to deliver on the promise of a better life to its citizens.

Using his personal life experiences, from the first chapter, we see how he established a business empire spanning the SADC region and beyond with an employment of at least 20 000 people and a US$400 million income on the backdrop of a decorated academic and professional background.

In the preface of the book, he writes “Africa after 56 years of independence has not been able to efficiently and effectively address the triple challenges of poverty, unemployment and inequality. The lingering question is whether the faulty lines lie at the individual, corporate or state level, or fundamentally, Africans are a cursed people”.

Even though much of the examples that he used relates to Zimbabwe where he was born, it is a fact that there is a disturbing uniform approach in the modus operandi of primitive administrative and political systems in much of the African countries.

For example, even though a country may have many selfless people who are working very hard to positively transform their communities especially from an economic angle, much of the limelight goes only to political actors even though much of them are less effective at their work.

A case in point is the mistreatment by political actors which is given to business players, religious leaders and artists such as musicians in the African continent when they do not conform to the unpalatable whims of some unscrupulous politicians.

In the rest of the book, especially based on his personal experiences in the corporate world including a stint at the World Bank’s International Finance Corporation, he addresses a number of issues that needs attention if Africa is to rise up the global economic ladder.

While writing about the often abused notion of State Enterprises in Africa, Mawere questions the essence and merits of allowing the State to run businesses and yet it is already the ultimate revenue generator in any country through taxes contributed by its natural and artificial persons.

“The history of nationalization and its impact on efficiency and productivity has to be part of the body of knowledge that citizens must possess before blindly embracing approaches to nation building that have often proved to produce misery, brain drain and general welfare losses”. He explains.

He also brings to light the scourge of inequality which is still rife in the continent despite Africa having attained political independence many decades ago.

With reference to Zimbabwe, Mawere says “As we near the 31st birthday of Zimbabwe, we are compelled to take stock of the distance travelled, successes and failures scored in reducing the inherited gap between rich and poor and more significantly, what could have been done differently in order to deliver on the promise of independence in an efficient, inclusive, just and equitable manner.”

In the same book, Mawere also touches on the lack of celebration of people who are the Points of Light (role models) in their communities especially when such people are not politivians.

“When one looks at the newly emerging nations, it is instructive that they all have their own indigenous warriors (business role models).

For example, in the case of South Korea, we now know that the warriors are Samsung, Hyundai, LG Electronics and many others. In the case of India, the generals are known.

However, in the case of Zimbabwe, any would-be general (business role model) is targeted, specified, ridiculed and over-harassed in a manner that exposes the hypocrisy and not the sincerity of the thrust.

In a book titled Primitive Politics and The poverty Machinery, politics was referred to as having to do with the administration of societal affairs towards enhancing interpersonal interaction for people’s peaceable co-existence in progressively adapting to the dictates of nature.

It further says that politics in general entails the creation, provision, maintenance, development and promotion of a conducive environment for a harmonious and progressive interaction of humanity in a given territory.

The same book also described Primitive Politics as the adoption of archaic and irrelevant approaches and mechanisms in the administration of human affairs in a contemporary society.

When you look at the above definitions, you will then realize the justification and nobility of Mawere’s call for minds to meet in creating a better world for all since when there is lack of a shared understanding on what matters the most, chaos and even poverty ensues.

It is an undeniable fact that most of the governments in Africa are sustained by fostering divisions amongst the citizenry especially by making it difficult for minds to meet and collectively address the pressing concerns in various communities.

Under the Chapter titled The Powerful Minority, Mawere writes that “The powerful vocal minority has dominated the State to the extent that citizens, contrary to the provisions of the Constitution, feel helpless in reclaiming their sovereignty over matters of the State.”

It is even self-evident that in the African continent, there is rampant and despicable weaponisation of religions, labor movements, ethnicities, races and many other societal groupings in order to stifle unity and corporation which mostly threatens the status quo especially in the corridors of political power.

Mawere’s book which is made of up of 71 mini chapters and 436 pages, is indeed a thick volume but it’s quite an engaging, informative and enlightening piece of literature for anybody interested in knowing why Africa hasn’t made significant progress many decades after its independence.

It is also an invaluable resource for entrepreneurs, government actors, policy makers, donors and all those who seek to understand this continent and the world better.

Some of the chapters in this read-worthy book include, Justice and Fairness, State vs People, Poverty Fight, Government and Business, Nationalization, Inequality as well as Powerful Minority and Property Rights.

The book can be found on Amazon on the following link: