SADC counts on EU and US for Security Funding in Mozambique 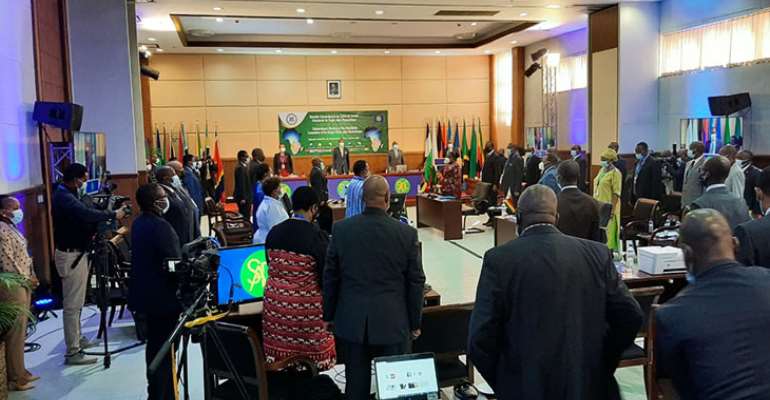 The 16-nation Southern African Development Community (SADC) is counting funding from the United States and European Union (EU) to support its proposed military deployment (3,000 troops) in Cabo Delgado, northern Mozambique, according to Andre Thomashausen, professor emeritus of international law at the University of South Africa (UNISA).

Thomashausen said that Pretoria “is desperately seeking” ways to strengthen and rehabilitate its military operational capabilities through the intervention in northern Mozambique and “SADC wants this entire operation to be funded by support from the European Union and, to some extent, the United States. SADC is envisaging a role for the European Union of financial rather than logistical or human resources support.”

SADC technical assessment mission has proposed sending a military intervention force of 3,000 troops as part of its response to help fight the militant insurgency in Mozambique. In terms of military assets, the SADC assessment team proposes that 16 be sent to Mozambique, namely two patrol ships, a submarine, a maritime surveillance plane, six helicopters, two drones, and four transport planes.

On April 28, Southern African ministers have agreed to deploy a regional force in Mozambique. But the Southern African leaders meeting that was scheduled for April 29 to assess the security situation and offer the final approval for deployment of SADC military force was postponed due to the unavailability of South African President Cyril Ramaphosa and Botswana President Mokgweetsi Masisi.

Botswana is the current chair of the SADC division, which is tasked with promoting peace and security in the region. Botswana President Mokgweetsi Masisi is quarantined due to Covid-19. Ramaphosa was busy giving testimony to an inquiry into corruption under his predecessor Jacob Zuma.

Botswana and South Africa along with Zimbabwean President Emmerson Mnangagwa, are the current members of the SADC security organ troika. The three would have met Mozambique President Filipe Nyusi at the summit to decide whether to accept the proposed intervention plan.

The insurgency broke out in Mozambique’s northeast in 2017 and the rebels have stepped up attacks in the past years, with the latest March 24 heinous attack left more than 2,800 deaths, according to several reports, and about 714,000 people displaced, according to government sources.

The worsening security situation is a major setback for Mozambique. While it hopes to reap nearly US$100 billion in revenue over 25 years from LNG projects, the state failed its pledge to maintain and enforce security after several warnings. Now French energy group Total declared force majeure on its €20 billion liquefied natural gas (LNG) project following the insurgent attacks. The gas project located about six kilometers from the city that suffered the armed attack in March.

In an official release, the Paris based Total officials said considering the evolution of the security situation in the north of the Cabo Delgado province in Mozambique, Total confirms the withdrawal of all Mozambique LNG project personnel from the Afungi site. This situation leads Total, as operator of Mozambique LNG project, to declare force majeure. The suspension of work arising from the “Declaration of Force Majeure” will remain in force until the government restores security in a verifiable and sustainable manner.

Besides that, Mozambique is rocked with frequent kidnappings. In a recent interview with Lusa, the president of Confederation of Economic Associations of Mozambique (CTA), the largest employers’ association in the country, Agostinho Vuma, said that kidnappings targeting entrepreneurs and their relatives are a negative feature of the country’s business environment.

But that rebound was subject to completion of the gas projects in the face of mounting security risks, as well as risks of droughts and flooding. Mozambique was battered by two massive cyclones in 2019, and another hit its shores in this year.

“If this project comes on stream as expected by 2024-2025, it will benefit Mozambique’s economic outlook, and support wealth levels that are currently very low by global comparison,” said S&P. But most benefits will materialize beyond our current forecast horizon as gas production will likely come on stream in 2025 given the delays experienced in 2021.”

The ratings firm project gross domestic product (GDP) to expand 2.5% in 2021 after last year’s 1.25% contraction. It however sees economic growth to average 5.5% from 2022 onwards.

With an approximate population of 30 million, Mozambique is endowed with rich and extensive natural resources, but remains as one of the poorest and most underdeveloped countries in the world. It is one of the 16 countries, with collective responsibility to promote socio-economic and political and security cooperation, within the Southern African Development Community (SADC).