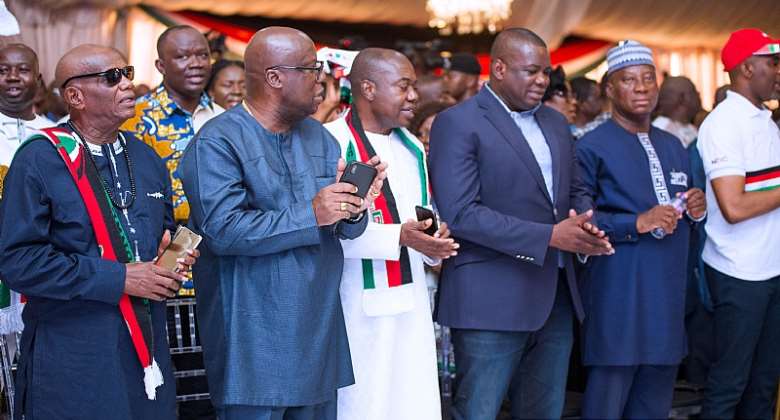 As things begin to warm up within the opposition NDC, many are showing faces, indicating intentions, throwing in bids, giving signals, and making declarations for what concerns election 2024 and new party leadership.

Some declarations are receiving praise while others get approbation for their indications. Obviously, we have a failed leadership right now as an opposition party.

This is because it is not a matter of winning; it is a matter of being declared the winner.

The right party leadership must be capable of protecting the sanctity of the ballot. If the NDC wins the polls and fails to secure it the victory, the opponent will still be declared the winners.

Integrity of leadership is crucial in securing an election victory. Courage is even more needed.

What is the point for party foot soldiers and supporters to go out in their numbers, risk their lives, with some even loosing their lives to give electoral victory to the NDC, only for the party leaders to be cowardly intimidated into giving up a well-deserved victory?

2020 was a dress rehearsal for 2024. In 2024, the ruling NPP will be more desperate than they were in 2020. And so if blood was shed by the NPP to maintain power in 2020, more blood will be shed in 2024 to break the eight year cycle. This is their promise to their followers. And this is not difficult to predict, fellow NDC members.

And that is why as potential leaders of the party throw in their bids, it is crucial to look at them critically. Cowards are not needed. Incompetence must be ignored. Inordinate ambitions crushed. The highest integrity must be considered. It is important to go into 2024 with uncompromisable leaders who are prepared to fight to secure the much deserved victory for the party - even if they have to limp to victory.

It is going to be a blood sport in 2024, believe me. Only true warriors are required. Akin to the gladiators sport, only men and women of the arena can engage in the psychological warfare for victory 2024.

Do not make a mistake. It is not about handsome or beautiful faces leading the battle. It is not even about sharp lyrics. Neither is it about dee pockets.

It is about unwavering courage, spotless integrity and deliverable competence. That is what will secure victory in 2024.

Akufo-Addo directs CJ to look into petition for Jean Mensa’s...
59 minutes ago