All we need is moral courage for change 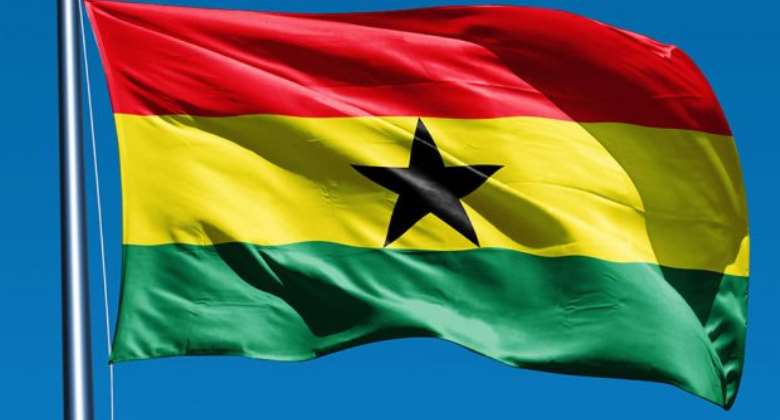 As you read, about 57% of us Ghanaians are below 25 years of age, yes. And if you include those in the 30’s and 40’s the country is totally and utterly in the hands of young people. Shouldn't young people be running this town?

Young people are not only the biggest political voice in the population - if they choose to be. Young people are also the major source of energy, human resources and manpower for the production, reproduction and maintenance of our society and its institutions.

Young people are the ones with the global mindsets capable of gleaning meaning from big data and The Internet – of – all – Things, thus, giving way to the freedom of information that is required for developing with transparent and accountable governance.

Yet, the young people of Ghana have such a weak collective voice. The few old folks have used the same old tactics in the old playbook to divide and rule over the masses of young people.

Young people are disregarded at every level of decision making in the country – especially if they are not a godson or goddaughter of the political elite. To get an opportunity, young people often become praise singers instead of critical thinkers.

This is a paradox. How can young people of Ghana have so much power and yet so little power at the same time?

Truth is, we don’t think for ourselves. And that's why we don't know the potency of our collective and unified voice. We find critical thinking too hard a job to do. We have outsourced our thinking to the 3.6% of the population above 65 years of age - the so-called authorities of our time – those leading government, political parties, corporations, religious bodies - who are thinking for us - can, at the same time, be against our wellbeing. We must be thinking along with them, if not ahead of them.

As young people are more exposed to information and are the greater segment of the population, we should be in the midst of key decision-making in public administration, in the civil service etc.

Today, most young persons have a smart phone. Why then do we continue to allow the old folks to divide and rule us? Why do we consider the 7 young people killed on election night by young unthinking police men to be alright, even after viewing video footages of the needless shooting on our mobile phones? How can we be so blinded to our own collective detriment?

The reality is that we are in an Information Age of accelerating change and independent thought. We don’t only have freedom of information and of thought. We also have power of expression. But we have chosen to willingly give our thinking caps to so – called authorities and muted our critical voices for convenience.

The AUTHORITIES – 3.6% of the population - have cleverly taken away our moral courage required for independent thinking and courageous action. They do this by emasculating us. By keeping us down.

They have made us believe it is a cardinal sin to speak truth to power. For where? Maybe in their old books, but not in our books!

The authorities have amplified, magnified and glorified praise singing to high heavens. Positive defiance of authority has become a capital SIN among young people of Ghana. Righteous indignation has been buried, fatally.

Otherwise, how can we explain why young and poor police officers obeyed unlawful orders from the ruling political authorities on election night December 7 2020 to shoot and kill 7 young people in one constituency just so that old rich folks can maintain power? Why did the young police officers refuse to apply their common sense?

At the behest of the authorities, young people don’t only fail to stand together in resistance to social injustice, young people justify and rationalise the injustices perpetuated by the so-called AUTHORITIES against our own interests. Just look at all the people justifying the killing on election night in Tachiman South constituency – they are apparently young people.

Political parties are the vehicles for development in the system of governance we have chosen as a nation, yes. And don’t be deceived by anybody who tells you that ‘’there is no difference between the political parties’’.

Those who say that are old folks who have refused to apply their minds to political ideology or young folks who are too lazy to think critically. As a young wo)man with access to information, it is your civic duty to apply your mind to political ideology or philosophy. You must know the difference between social democracy and property owning liberal democracy. The two are not the same in theory or in practice. NDC is different from NPP.

You must know the party that stands for what you truly believe in and you must endeavour to participate in the deliberations about what is best for our country and our future. It is crucial to get involved. Be the wo)man in the arena.

As a social democrat, I am very clear on my mind. I believe in egalitarian distribution of our national resources and social justice under the rule of law. I believe in a transparent and accountable government. I believe in freedom of speech and after speech. I am a feminist because i believe in the equal participation of women in all productive sectors of our society as they remain solely responsible for the reproduction and regeneration of our society. our greatest human resource is a woman.

That is why I am NDC and not a member of some other political tradition. As activists of the National Democratic Congress, it is our duty to gather the necessary moral courage to help the party to practically realise social democracy and promote democratic accountability in our country. It is not just a moral obligation. it is also a historical duty of our generation to restore people power to the Ghanaian people.

We the young people of Ghana have remained victims of these authorities even with the overflow of information, the information glut all around us. This is partly because we have been overwhelmed by junk and mediocrity. The same authorities running our mainstream corporate and ‘presstitute’ media have made sure to always ‘’muddy the waters’’ with EQUALIZATION tactics to make it difficult for us to differentiate between truth and lies.

We must avoid lazy thinking, as a generation. We must desist from outsourcing our thinking to authorities and we must make further effort to seek independent truth. We must always ask questions, whether it's at church, at work, at home or at your party office. Demand accountability.

We must take away political party colours from the truth. We cannot have NDC truth and NPP truth. There is only one truth. And we must resist post-truth politics.

By continuing to swallow ‘’partisan truths’’, young people will only succeed in perpetuating the power and hegemony of the 3.6% of Ghanaians in AUTHORITY who are over 65 years old!

What a big shame to the Ghanaian youth! We have the power yet we're powerless!

We the young people of Ghana today have become worse than the pre-independent youth who had no access to schools, books, and the internet-Of-All Things. Even they could think for themselves in the midst of the scarcity of information. . They stood up to colonial injustice. They overthrew colonialism. We on the other hand, are worshiping and maintaining authoritarianism. We refuse to demand democratic accountability from our ruling government.

Instead of being empowered by information, we have become zombies who are prepared to deny, argue against facts and evidence before our eyes. We even argue against common sense. We are not interested in the objective truth.

To us, the colour of truth is the colour of our political tribe. Every other information/fact of a different colour, we consider lies. But I want to insist; we must resist post-truth in our development politics.

As young people, our continual timid behaviour and our lack of moral courage and righteous indignation against our own interests show clearly to the old folks that we are totally unprepared to change our own material conditions as a collective of young Ghanaian people.

The only way to wake up the insensitive authorities is to demonstrate moral courage, be prepared to speak truth to power, as a unified collective, and to demand democratic accountability to the young people of this nation irrespective of political affiliation.

There has never been a period in our history that has presented us with the greatest opportunity for premium independent thinking and action than this current period. Yet, if we aren't strategic, we may end up squandering another opportunity in petty mindedness and consummate mediocrity. This emasculation of the youth by the so-called authorities must end now!

We must move beyond looking up for a pie in the sky from the government or from mega cathedrals or shrewd business corporations. Every unaccountable government or authority is afraid of the collective moral courage of the people, young people, and their resolve to stand up and fight for their rights - even at the peril of loosing an arm or a leg.

We must be ready for the arena!