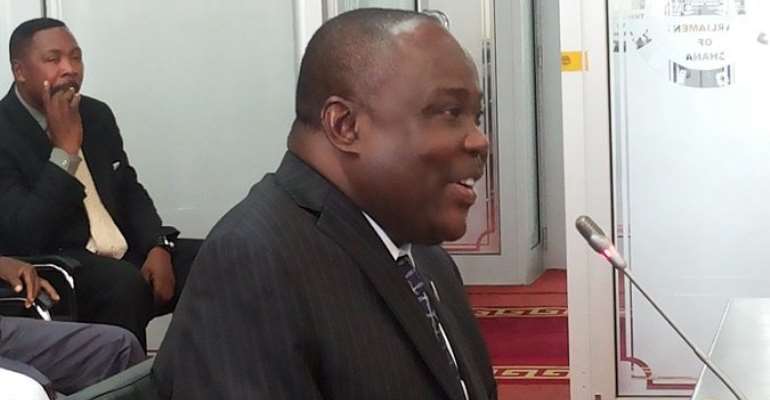 Mr Gabriel Pwamang, a Justice of the Supreme Court of Ghana

The Commission on Human Rights and Administrative Justice (CHRAJ) has dismissed as “unsubstantiated”, a complaint filed by Alliance for Social Equity and Public Accountability (ASEPA) against Mr Gabriel Pwamang, a Justice of the Supreme Court of Ghana.

The group alleged that the judge “failed to make a declaration of his assets and liabilities as required of him” by the 1992 Constitution.

ASEPA filed the complaint in June 2020 and requested the Commission to investigate a number of judges of the Superior Courts of Ghana, including Justice Pwamang, for breaches of Article 287 of the Constitution and the Public Office Holders (Declaration of Assets and Disqualification) Act, 1998 (Act 550). 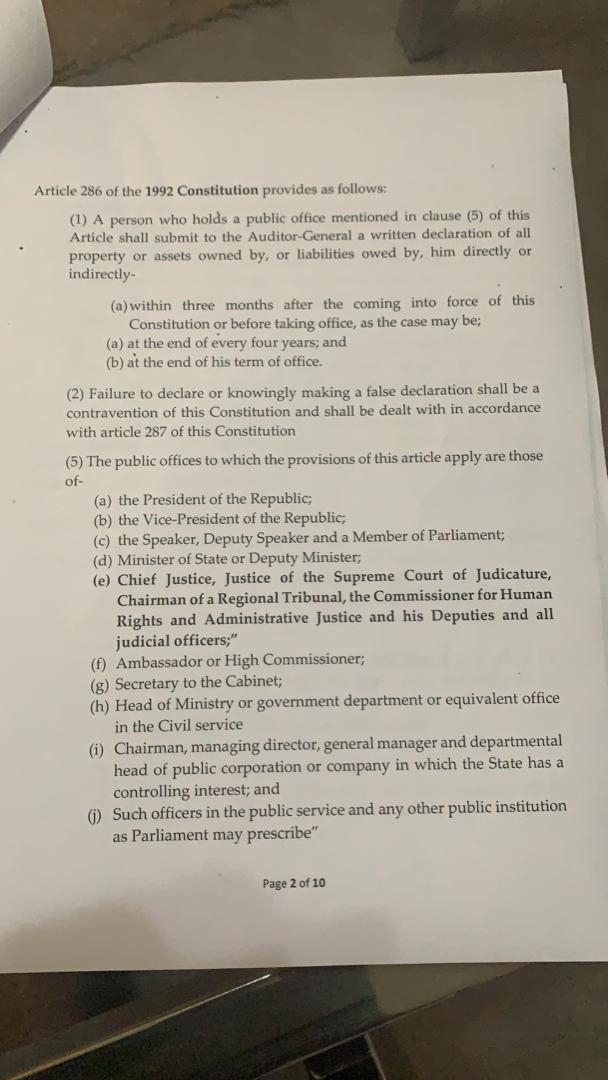 The pressure group claimed the judges failed to file the declaration with the Auditor-General. 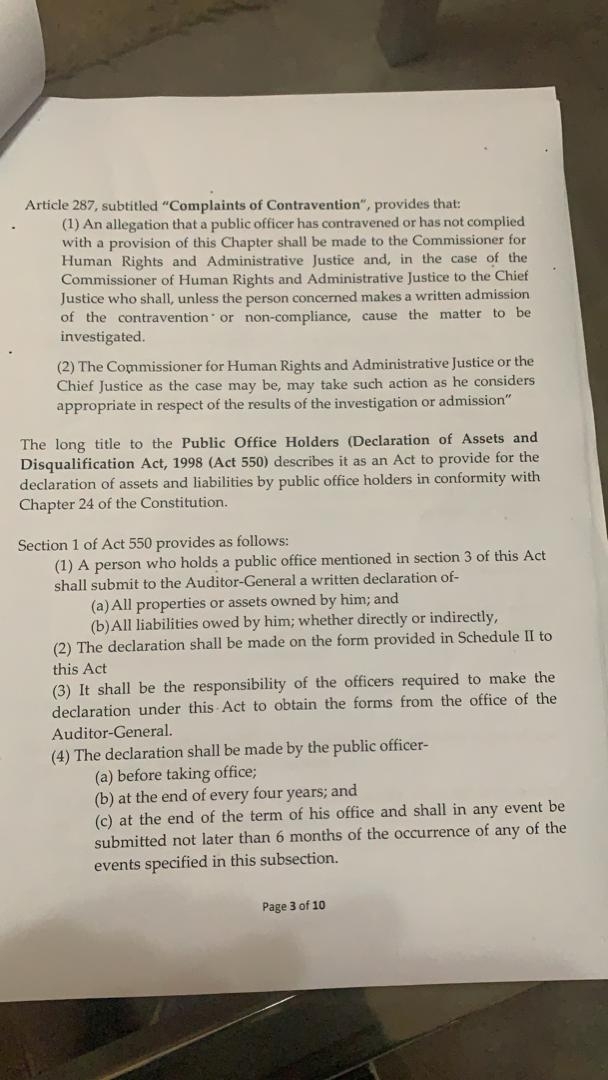 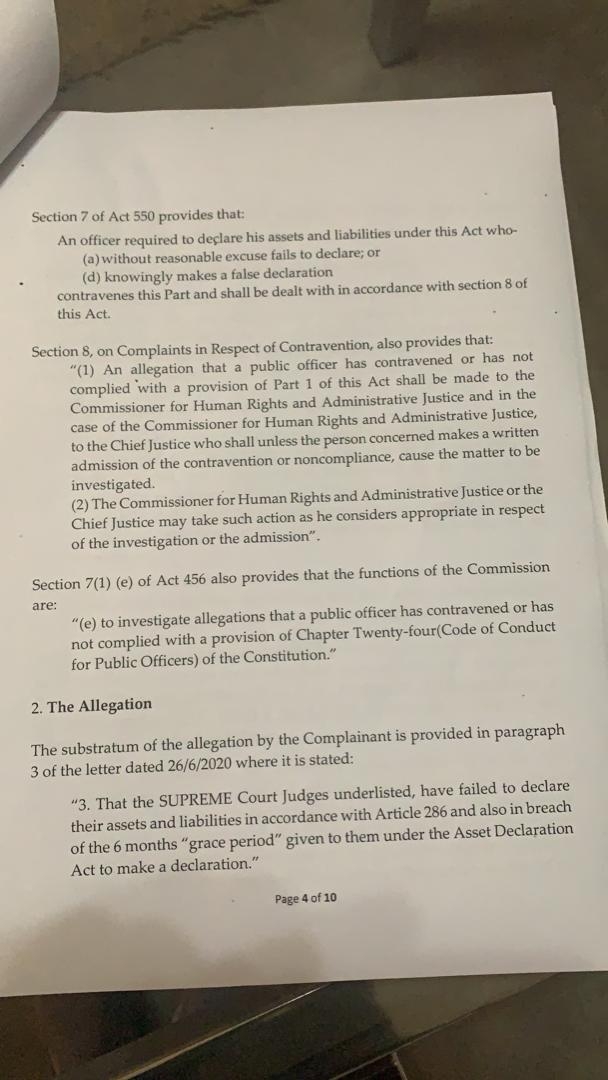 In the case of Justice Pwamang, CHRAJ said it carried out investigations into the complaint in line with its processes and procedures, and it established that “upon his appointment to the Supreme Court on 30 June 2015, the judge “made his first declaration of assets and liabilities on 18 November 2015 and then a second declaration was made after four years, as required by the Constitution and Act 550”. 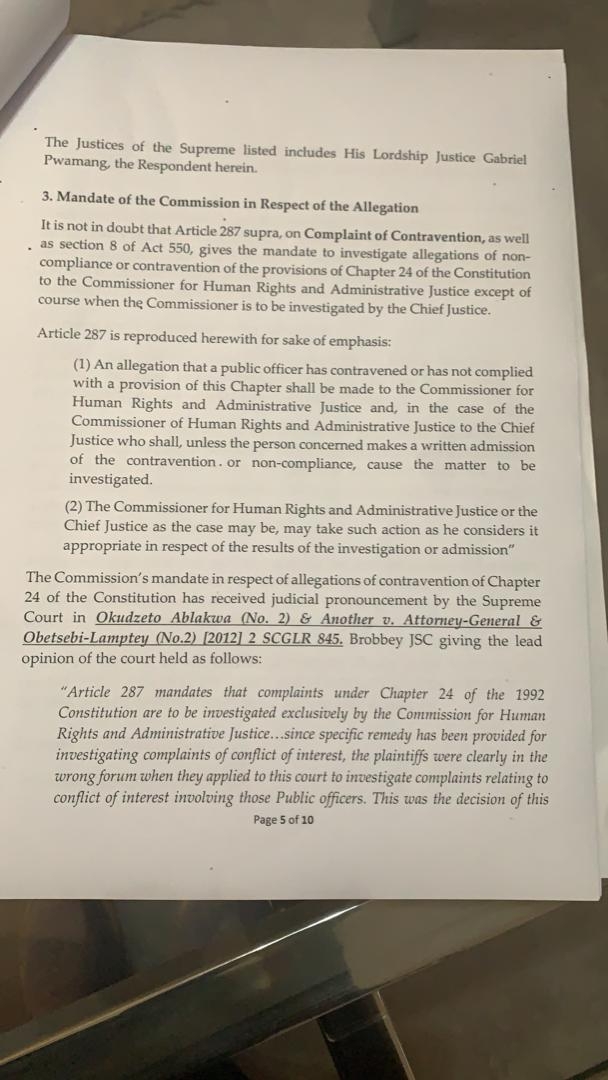 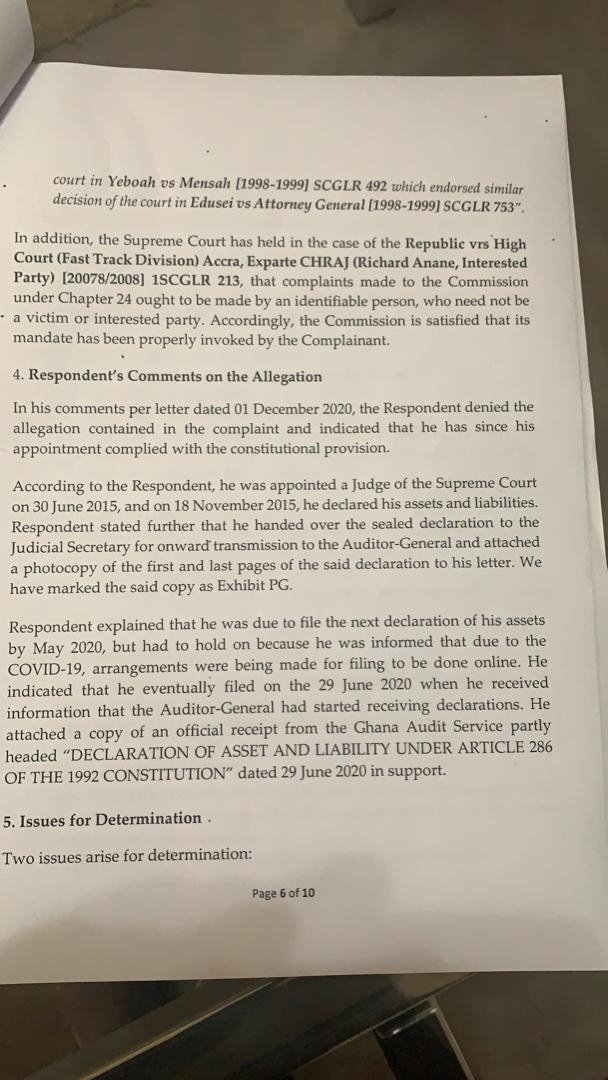 According to the CHRAJ report, “the investigations, however, revealed that the Office of the Auditor-General, in March 2020, suspended the collection of Assets Declaration Forms from public servants on account of the COVID-19 pandemic and this affected the time of the filing of the second declaration, which was otherwise made within the time frame of the law”. 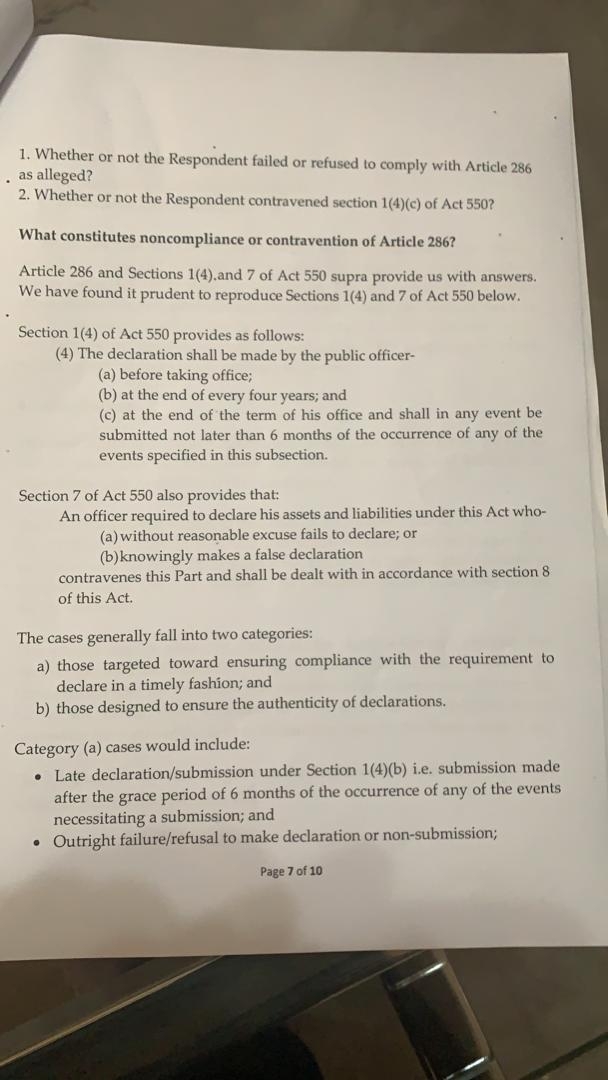 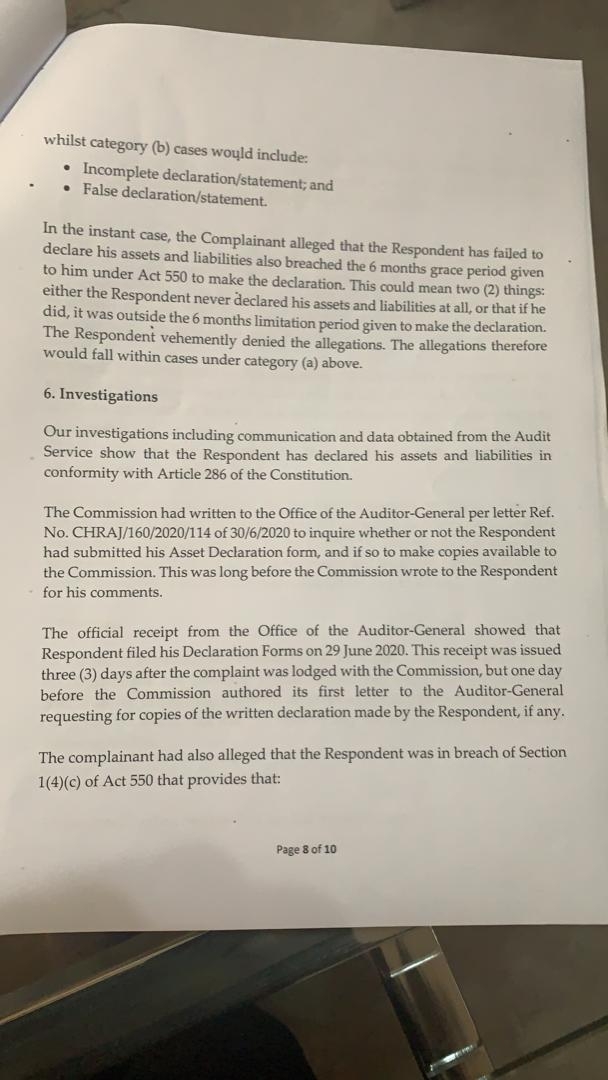 Consequently, by its decision dated 15 February 2021, and signed by Mr Richard Quayson, Deputy Commissioner of CHRAJ, the Commission “dismissed the complaint against Justice Gabriel Pwamang as unsubstantiated”. 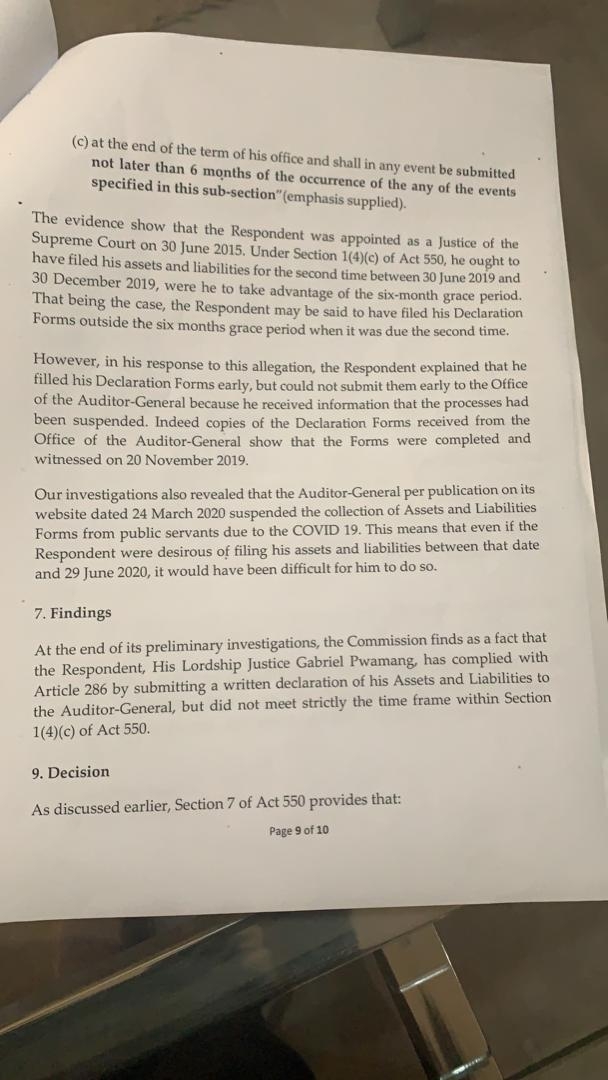 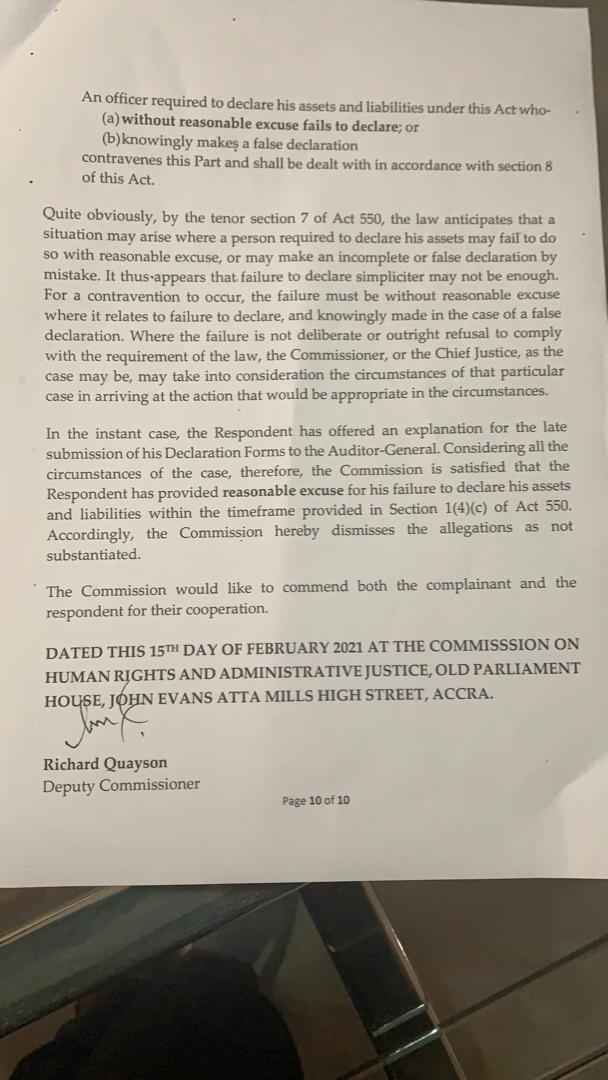