The “fallen hope of LGBTQI in Ghana” 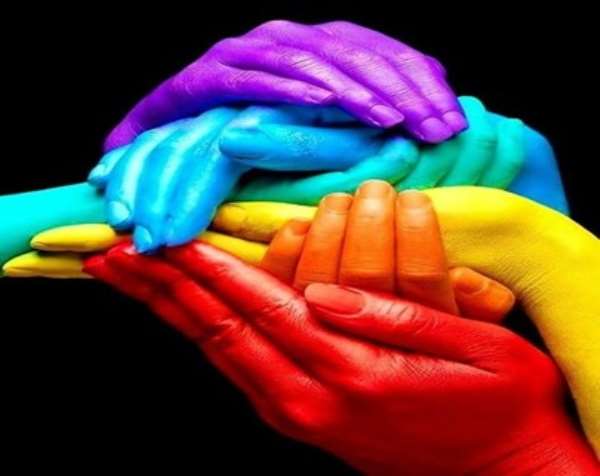 Ghana has a mixed record on its treatment of Lesbian, gay, bisexual and transgender (LGBT) persons. It’s Criminalizes ”unnatural carnal knowledge” in section 104 (1) (b) of its Criminal Offences Act, which the authorities interpret as “penile penetration of anything other than a virgin.” However, the law is a colonial legacy that is rarely, if ever, enforced, and unlike several of its neighbors, Ghana has not taken steps in recent years to stiffen penalties against consensual same-sex conduct or to expressly criminalize sexual relation between women. At least two government agencies, the Ghana Police Force and the Commission on Human Right and Administrative Justice, have reached out to LGBT activists and taken proactive steps, including providing human right training workshops to help ensure their protection. Nevertheless, LGBT activists are very frequently victims of physical violence and psychological abuse, extortion and discrimination in many different aspects of our daily life, because of their sexual orientation and gender identity.

Since President Akufo-Addo assumed office in January 2017, he has come under tremendous pressure from numerous religious groups to declare his government’s position on homosexuality. The 1992 Constitution of the Republic of Ghana guarantees a range of fundamental human rights and freedoms to all its citizens. Article 17(1) and (2) guarantees equality before the law and prohibits discrimination on grounds of “gender, race, colour, ethnic origin, religion, creed or social economic status. The Constitution guarantees respect for human dignity, protection of personal liberty, and the right to privacy for all. Ghana has ratified all the major regional and international human right treaties and accepted the individual complaints procedures under the Optional Protocol to the International Covenant on Civil and Political Right and the inquiry procedure under the Optional protocol to the Convention on the Elimination of all forms of discrimination against Women.

On numerous occasions since 2010 and notably from February 2017, Ghanaians officials have argued that the Ghanaian public is not ready, because of the strong religious beliefs, to accept the decriminalization of same-sex conduct or to guarantee equality and non-discrimination on the basis of sexual orientation and gender identity in the constitution. However, the statement being made by some of these some officials feed into public sentiments against homosexuality and protection of the fundamental human right of lesbian and gay people 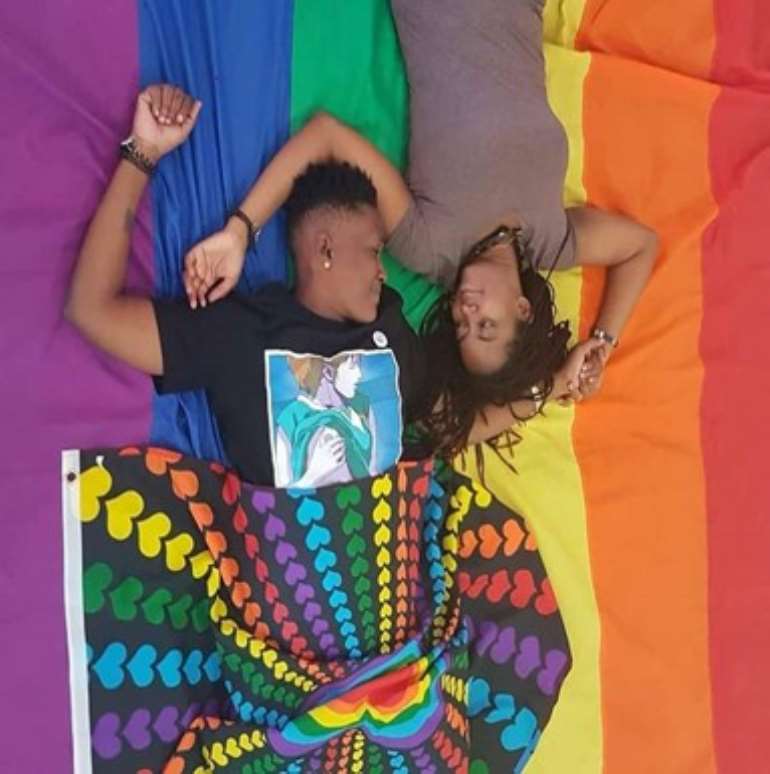 LGBTQI, came on a raise in the country when the European Union representative in Ghana made a post of their support to the LGBTQI newly opened office in Accra, Ghana. Ghanaians who can and are on social media set it ablaze, and it has gotten a lot of people including authorities talking and condemning it in our society. The current situation is worrying and to some Ghanaians, it’s better for the presidency to come out and declare its stands on the issues making rounds. Mr Moses Foh - Amoaning, a legal practitioner and sole activist against this LGBTQI stated that “there are some politicians and other journalists with good standing in our society who are part of this group and unfortunately, they are using them to push their agenda.” Though his claims can not be substantiated many well-meaning Ghanaians have sided with him and have joined his call.

It’s an indisputable fact that the LGBTQI has been with us even before the current president was voted into office. I remember at a point in time, some single-sex senior high schools found that some students in these institutions are practicing these ungodly acts. I would like to take you back memory lane, as this issue is concerned. The former president of the republic, the late His Excellency John Evans Fiifi Atta Mills was confronted with the same issue immediately after he was sworn into office. Some section of the Ghanaian populace mounted some pressure on him to come clear on this issue. He listened to the voice of the masses and came out emphatically to say he is not in support of this and wont support it on any day. He believes in the Ghanaian culture and he was voted into office to protect it. He was eulogized by many Ghanaians here and abroad. 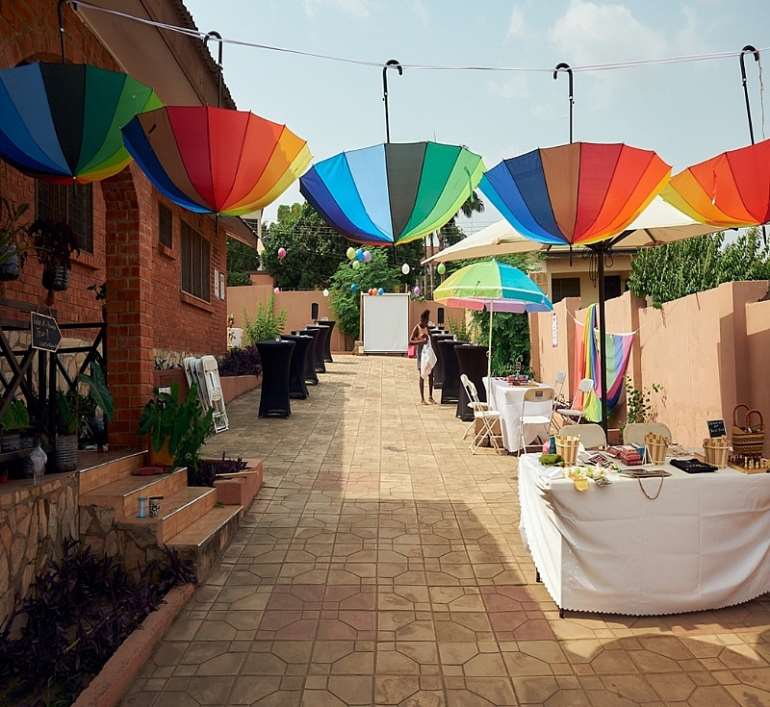 The current President of the republic, Nana Addo Danquah Akuffo-Addo has not been left out from this hook. He was confronted with the same issue during his first term of office. In an interview with ALJAZEERA, way back 2019, the president said and I quote, “this issue of LGBT is not currently on our table and is not something we are considering fight now but it has been a global issue which bound to happen in Ghana.” A lot of Ghanaians couldn’t take it lightly and they took the president on. Later, his spoke persons including the Minister of Information came out to explain what the President meant by “its bound to happen.”

Fast forward, this issue left us a bit for some of us to have our peace. Unfortunately, the situation is now stronger than before. they now have well-established offices spread across. Some Ghanaians have asked the president to lock down their offices which I think is in order. Some are of the view that, most of their activities are being sponsored by some diplomats inside and outside the country. Not long ago, Ghana Pentecostal and Charismatic Council (GPCC) issued a statement calling on the government to summon all foreign diplomats supporting LGBTQI organization in Ghana (peace FM, summon foreign diplomats supporting LGBTQI in Ghana – GPCC To Gov't.) in their press stamen, they stated that “ the actions of the LGBTQI movement is also a complete variance with the laws of the God as spelt out in the Holy Bible concerning God’s plan of creation and the sanctity of marriage between a woman and a man as ordained by God.” 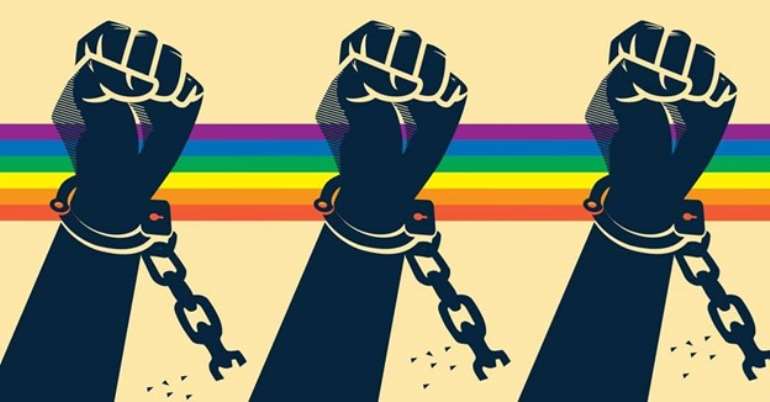 Some ministers have joined the call that, the government will put everything in place in order to prevent these people from operating in Ghana. All these show how wounded most Ghanaians are. Some lawyers including a former legislature of National Democratic Congress (NDC), Honourable Inusah Fuseini has said, its time Ghana recognize the existence of their right. According to him, gay rights is now a human right issue which we have to recognize. CDD’s Mr H. Kwasi Prempeh said, “I am free to advocate the abolition or repeal of a certain criminal statute, does my right to such advocacy, which is a form of permissible free speech, become unlawful merely because I have joined together or associated with another person or other persons to pursue that same advocacy and other related issues of mutual interest? Aren’t others just as free to brand together in counter – advocacy in support of the status quo?” he asked all these to justify the advocacy of LGBTQI based on human right grounds in Ghana. 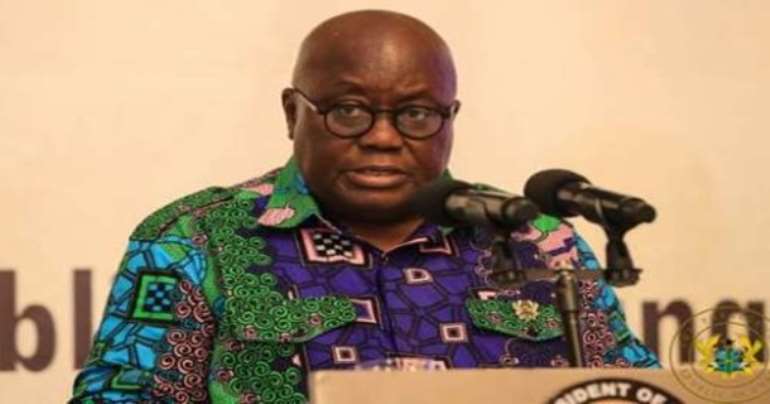 Many Ghanaians are not happy about the loud silence of the Civil Society Organizations. Some are of the view that most of their activities are being funded by the LGBTQI group and they can not speak against their pay masters. It’s a mere allegation but a lot of Ghanaians are still worried and are calling for reasons behind that silence. A group of one hundred and two Ghanaians feminists have become the last group to add their voice to the growing support for the recognition of Gay, Lesbian, Bisexual, Transgender and sexual identities in Ghana. Finally, the President of the Republic, Nana Addo Danquah Akufo-Addo has ordered the closure of the office of the LGBTQI. Addressing a church congregation the President made the announcement of not accepting LGBTQI in the country and never will that happen under his watch as the president of the Republic of Ghana!