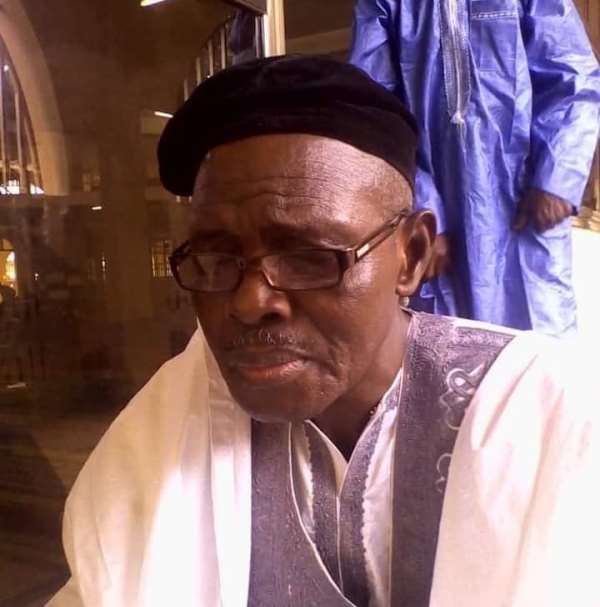 Starting this piece presented some difficulties. I did not know whether to write about his influence on my life or what he has done to shape several lives. I did not even know whether I should dwell on his legacies in the educational sector or his exploits outside of it. It seems to me that some injustice is inevitable when one attempts to distill the essence of such a great man into a single written piece.

We, who had the privilege of sharing his life, must nonetheless make the attempt, with the very real danger of omitting significant events or glossing over them. Such is the risk one is taking when undertaking to write about Alhaji Seidu Seini in one go.

Alhaji Seidu Seini was a talented teacher bar none, who took an evangelist’s fervour to his work. A disciplinarian to the core, he was a firm believer of what I will call “sympathetic discipline”. Alhaji Seidu Seini understood that young people have the proclivity for misbehaviour, or more appropriately, juvenile adventure, and so accounted for this liability by opting for an approach to discipline that not only punished lawlessness but did so with reformation as an ultimate goal. Whenever he had to discipline students, it was done with such great charm that, in the end, the student was the better for it. His measures, thus tempered, rarely evoked bitterness in his young charges. Alhaji Seidu Seini was born a diplomat who opted for the classroom. One of the teachers under him once told me “this man can ask you to accompany him to hell, and you will make the trip.”

The longest-serving headmaster of Bisco had a unique way of motivating students. His own journey to an MA from the prestigious University of London, a rarity those days, had not been an easy one. He often drew from his own difficult path to stellar academic excellence to motivate his students. And he did inspire many of us on our own journey! He maintained close contact with his students, years after they left Bisco. When we got to Bisco in late 1986, he would regale us, on a daily basis, with tales of the exploits of Abu Shiraz, Iddrisu Burner, Baffour Gyawu among others, and urged us to aspire to be like them. Abu Shiraz and Iddrisu Burner would later teach us at Bisco. Alhaji Seidu Seini’s belief in their abilities was not trivial: Abu Shiraz is now a Professor of Accounting in Canada; Iddrisu Burner is a successful entrepreneur, and when I met Baffour Gyawu at the first-ever Bisco homecoming in 2018, he was a Chartered Accountant in private practice, after successful career stints with many reputable multinationals. Clearly, Alhaji Seidu Seini’s choice of motivators was prophetic.

One attribute of his that has been underreported was his deep sense of humour and deft storytelling. He would tell stories, create myths and use energy-sapping words. In this regard, he was in his element during the Monday Assembly, which he elevated to the level of a performance no student wanted to miss. He would walk from row-to-row, stopping sporadically sometimes to deliver stern looks at particular students, leaving everybody wondering what his next action would be. These all contributed to a regime of discipline, order and an environment that prioritised academic achievement and personal development above all else. We usually left the Monday morning Assembly having learnt some new words. I heard “sheepism” and “somnambulism” for the first time from him. During his deliveries, his students would ask him to ‘come down’, playfully protesting his use of rare words, to which he would respond by saying “I will not come down”, challenging us to learn some new vocabulary for our own good. Alhaji Seidu Seini demonstrated that you could enforce discipline and at the same carry your students along in a humorous manner. He was sympathetic and did not tolerate bullying of junior students, and was particularly watchful over younger students. In our year group he exempted me and four other students including George Frimpong (Capasco) and Emmanuel Sarpong from carrying water. Those days we had to carry water to the pantry to support cooking of meals. But this is not to suggest I could not carry a bucket of water!

At a personal level, I believe he took a liking to me and provided invaluable guidance and support in and out of school. When I worked with an NGO later in life, he visited me regularly in my office just to check on me and to offer guidance. In the interest of disclosure, let me say that I was the Senior Prefect in 1991 and so got closer to him than many other students. During this period I received wise counseling that will go a long way to shape my perceptions about life.

...One day, during holidays, he stopped by my family home in Savelugu on his way to a nearby house when he encountered a group of us diverting ourselves from boredom by playing “Ludo” and “Oware”. He asked why I wasn’t reading, and I explained that I had just finished reading. He sought confirmation from the people around and they confirmed my lie. That incident changed my reading habits forever, I am forever grateful to him for this.

What gladdens my heart is that we are not writing all these after he has passed on. We visited him when he was alive. It became a sort of competition for several year groups to pay him visits. This demonstrates that a teacher can receive some of his rewards here before getting to heaven. But we are convinced bigger rewards await him in heaven. Alhaji Seidu Seini, you have shaped lives, you have served your country and humanity well, and we are forever grateful.

May the Almighty Allah admit you into the best of places in Jannah.

Galamsey fight: After benefitting, you want us to dialogue –...
10 minutes ago

Its misplaced to criticise judge who sentenced Akuapem Poloo...
19 minutes ago