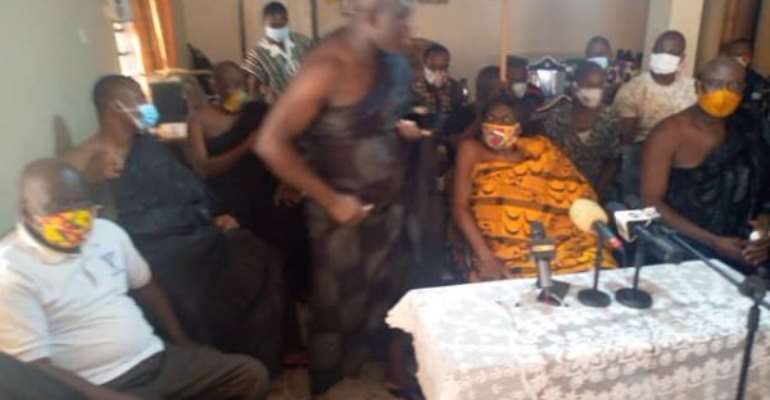 She said President Akufo-Addo's confidence in the personal ability of Mr. Gyan and consequently nominating him for the expected approval by the Parliamentary Vetting Committee, all things being equal, to be the region's second Minister in the second term of his government, “is highly commendable”.

Speaking at a press conference, Nana Kani II expressed the hope that Mr. Gyan's ultimate appointment could be a springboard to push the socio-economic development of the region to a higher level.

The 'Nkoranzamanhemaa' (Paramount queen of Nkoranza) said Mr. Kofi Amoakohene, the first Regional Minister “did his very best to lift the image of Bono East” and expressed optimism that Mr. Gyan would continue to do even better for accelerated progress of the region.

Nana Kani II said it's her hope and prayer that the appointment committee would give Mr. Gyan the nod because “he is a man of justice and faithful to his community and the nation”.

Mr. Bismark Appiah Kubi, the Chairman of the Movement for Nkoranzaman Youth Development, a group working to promote the interest of the youth in the traditional area later in an interview with the Ghana News Agency assured the Movement's support for Mr. Gyan's administration to achieve a lot for the region.