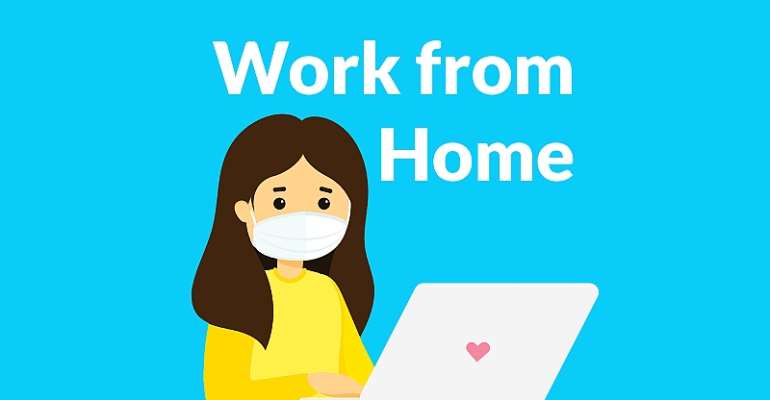 Soro soke! The African population is very young around the age of 20 years. Most of them have been crowded out of government and the workforce by unproductive elders who use political offices as a means of succor for their families. They have lost the trust of their youthful population.

Those old enough must start thinking of starting their own businesses after years of experience in government and stay in the private sector to create jobs and opportunities for vigorous and locally educated Youths. Politics, welfare, pension and social services cannot be a way to riches, affluence, decadence or opulence for the unproductive privileged few.

The experience, wisdom, maturity, and advice of the older generation are valuable in the planning of effective strategies for developments that can be vigorously implemented by the Youths; not by Police or Army in any form to suppress Youths' aspirations, capabilities, and abilities.

While experience is the best teacher, it must be passed on, not hoarded for personal aggrandizement. The same generation that has gained immensely from the Freedom Fighters must not use the privileges gained to deprive the Youths of sustenance while creating poverty out of abundance.

Nobody gives up Privilege willingly. Some of the elders have been on government welfare payroll since Primary school. Oppressors are known for sending thugs as part of popular protests to discredit and divide the Youths. While the Protests are going on, the Poor Working class must not be denied the opportunity to make a living, patronize them. Watch out for the most violent ones during protests, they are usually the agents of the Oppressors to discredit worthy causes. Protesters must focus and keep their eyes on the Oppressors and how to snatch their sources of outrageous incomes and privileges.

The Youths also have responsibilities in their pursuit of equal playing field, justice and decent standard of living for the working poor. Most of the working poor depend on daily trade to sustain their families. This must be taken into consideration to gain their support because it takes months of Protests to bring Oppressors to the table and force them to relent on reasonable demands. Nigeria, like few African countries, makes foreign income from natural resources, Seaports, Airport, inland dry ports and loans that hardly get to the masses. These are areas to strike on since they do not benefit Youths and the Working Class appreciably.

The reason the Youths are angry and rightly so, has more to do with the deck stacked against them. In many countries worldwide, African Youths cannot get decent jobs with their good qualifications. The old and inefficient system of patronage for those well connected have become endemic in many developing countries, since bloated governments are the main employers. If you are over the age of 55 years, give way to the youths, establish a business to employ them instead of getting fat on their future.

Some African countries reduced the retirement age to 55 years some years ago to make way for the graduates. The unemployment among them has gotten worse while the older seniors have found ways to cling to power for more than 50 years after Independence. During their time in government and politics, they have failed miserably to move African countries forward. If anything, most of these countries have degenerated into poverty that used to be the face of famine in Asia.

The new generation of Africans do not know or remember when any African country was flowing with milk and honey or the right place to be in Africa. What they witness is hostility of one African country to another by angry youths that have been neglected since the 70s after many broken promises and rosy five years development plans that never materialized. The days we used to welcome one another to any African country have disappeared. Indeed, those days are now ancient history.

Unfortunately, the old civil servants and politicians perpetrated their follies on their own children sending them out of Africa on mis-education that denied them their own language, culture and induced them into religious Opium as if God only existed in Jerusalem and Mecca but not in Africa. A few even championed the competition between religions losing their lives for causes outside Africa. While a couple of African countries became the most religious in the world, they follow the steps of highly religious but poor countries while the rich countries that have lost most of their members at home determine the leadership of worship for Africa.

Older generation in whose lap trust for the management of the countries were placed, developed tastes and fell for the enticement of Foreign Powers that saw them as useful idiots defined as "naive or credulous person who can be manipulated or exploited to advance a cause or political agenda". The same Youths they trained with foreign designer tastes have risen up against them. It is now a debate if they are going to be brutally suppressed as in the past or surrender to reason.

How else can we explain Nigeria, the richest country in Africa, as the new capital of world's Poverty today? Many revolutions that gain steam against corruption, severe penalties for importation of used and new goods or services have faded over time. Indeed, those that implemented the War Against Indiscipline are examples today, mired in decadence, foreign glitters and designer bliss killing local initiatives, businesses, hospitals and universities.

A look at the padded salaries and allowance of Nigerian politicians sum it up. Even the godfathers and retired state governors are treated like Pharaoh with more allowances and houses at both Federal and state capitals. Youth leaders have the judicious tasks of rejecting or accepting well-meaning people in privileged positions and contributors inside, outside the Country, and Diaspora as long as they do not influence or torpedo their objectives and pathway to realizing their goal.

African cultures respect elders but reverence is given to achievement. When two youths are cutting a tree in the forest, it is the elders that know what side the tree would fall. These African proverbs remain valid today but the Youths can no longer standby while elders use them to fight one another like elephants while the grass suffers. Please listen to African Youths, they have remained docile and have been taken for granted for too long. If they do not speak loud, their own children would fault them for not rising up against injustice, brutality, and corruption of their elders. Soro soke!