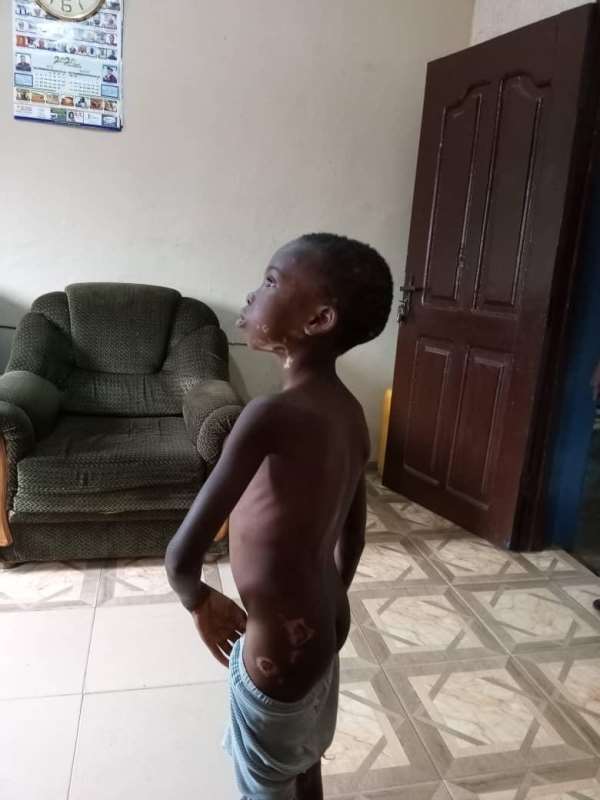 It is not often that victims of witch persecution get justice. Abuses linked to witchcraft beliefs are usually perpetrated by the powerful against those in weaker sociocultural positions-the poor, women, elderly persons, or people living with disabilities.

Even in situations where the avenues to seek redress are there, victims seldom utilize them. Some of these avenues expose alleged witches to further victimization and exploitation. In response, survivors of witch persecution resign to their fate, or as they say in Nigeria, they hand the matter over to God.

The Advocacy for Alleged Witches (AFAW) campaigns to end this culture of silence and resignation. AFAW adopts a proactive approach. It supports alleged witches and empowers them to defend themselves and tackle their accusers and abusers.

In the spectrum of victims and victimhood, children are most affected. Children are the most vulnerable, the most victimized because they cannot defend themselves or seek redress anywhere. Unlike adult victims, alleged child witches have little or no knowledge of witchcraft or occult harm. Adult torture and coerce them to confess to witchcraft. Family members often abuse children.

Those who are supposed to show children love and care, those who should protect them- parents, brothers, sisters, and other relatives are their persecutors. Witch believing family members torture and abuse children suspected of witchcraft as a form of duty; as a way of disciplining or correcting them.

More importantly, relatives maltreat alleged child witches as a way of protecting themselves and thwarting some impending occult schemes. So situations, where child witch victims get justice, are rare. That is why AFAW commends the police in Ogun state- especially the Divisional Police Officer in Awa Ijebu for the diligent work; for ensuring the successful prosecution of child witch abusers.

In July, AFAW reported how the combined efforts of the police, the social welfare department, and the ministry of justice brought an end to the abuse of suspected child witches in Ogun state. The police arrested the couple and charged them in court.

In August, the Divisional Police Officer of the station at Awa Ijebu called to informed me that the magistrate had ruled on the case; that the court had convicted them. He tried giving me the details on phone, but I told him that I would visit and possibly have a copy of the judgment. The plan was to visit the station and interact with the police officers and then go to the orphanage to see the victims.

The DPO told me that I could visit at my convenience. On October 9, I confirmed via a text message that I would be at the station. The DPO explained the outcome of the trial. The court convicted the man on all the four-count charges, including conspiracy, failure to provide necessary, assault occasioning harm, and causing grievous harm.

The court fined the wife and subsequently discharged her. According to the DPO, no option of the fine was given to the man for causing grievous harm. So he was sentenced to two years in prison. The conviction of this couple for violations linked to witchcraft beliefs is a welcome development. It confirms that there are existing mechanisms to seek redress under the law in the country.

AFAW commends the Ogun state police command for the diligent prosecution of the case. If the police in other parts of the country respond to complaints of witch persecution in this manner, there would have been significant progress in tackling and containing the menace.

However, I noticed that something was missing in the charges as recounted by the DPO. There was no mention of witchcraft accusations among the offenses that the couple committed. Look, section 210(b) of the Nigerian Criminal Code Act states that any person who " accuses or threatens to accuse any person with being a witch or with having the power of witchcraft" is guilty of a misdemeanor and is liable for two years imprisonment. Now I wondered: if witchcraft accusation is an offense under the Nigerian law, why was it omitted in the count charges against the couple? And this omission is common in the prosecution of witchcraft-related offenses.

After a brief meeting with the DPO, I went to see the children at the orphanage. The children have enrolled in a school, and the injuries have healed. The Advocacy for Alleged Witches donated some money towards the education and general upkeep of the children.

While AFAW welcomes the outcome of the child witch persecution case in Ogun state, it urges the government to do more to enforce the law and help deter witch hunters and witch persecutors of children and adults in other parts of the country.