Notre-Dame reopens crypt for exhibition in homage to Victor Hugo 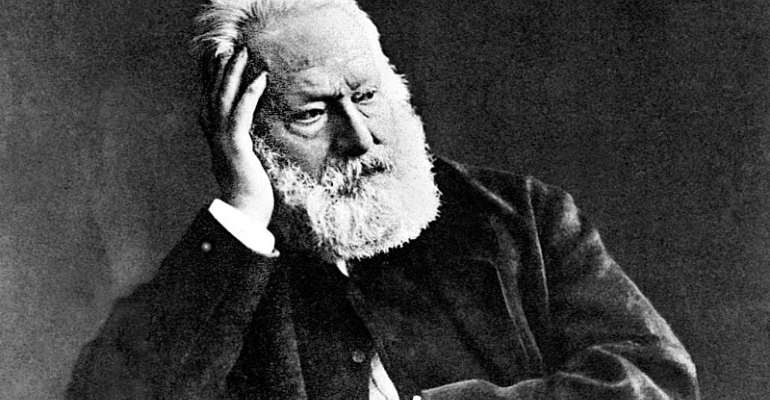 The archeological crypt under the court-yard of the Notre-Dame cathedral is to re-open to the public on Wednesday with an exhibition which pays homage to author Victor Hugo and architect Eugène Viollet-le-Duc. It's the story of how the once abandoned church was restored in the 19th century to become the legend we know today.

Closed to the public since the fire which damaged much of the Notre-Dame Cathedral on 15 April 2019, the crypt under the court-yard is to reopen with an exhibition entitled Notre-Dame de Paris; From Victor Hugo to Eugène Viollet-le-Duc.

It explores how the combined inspiration and works of the author and architect were instrumental in the turning the more than 500 year-old cathedral into a powerful international symbol.

The church and its immediate surroundings, including the crypt have been off-limits since the fire due to the massive clean-up operation needed to get rid of the lead pollution and dust.

Although the cathedral itself can't be visited in person yet due to lengthy renovations currently underway, there is a virtual visit available, with the company Flyview, which uses virtual reality to give visitors a birdseye view of the damage from the fire as well as how the church was before the fire.

Usually, the crypt attracts around 170,000 tourists each year, according to Paris-Musées, but with the fire and the lockdown due to coronavirus, it has been a very quiet year.

How Notre-Dame became a legend
The new exhibition features a series of early photos taken by the likes of Charles Nègre, Charles Marville, and Auguste Mestral, among others, some of which are daguerreotypes.

These are accompanied by drawings, paintings, film extracts, references to Victor Hugo's 1831 novel Notre-Dame of Paris, and the modern-day cartoons all of which illustrate how the church has become a legend and a symbol of Paris.

"The idea for the exhibition came about very soon after the fire, to pay homage to the cathedral," Anne de Mondenard, a curator from the Musée de Carnavalet told AFP.

"I worked with photographs that were able to document the various stages of the restoration during the 19th century. Photography came about at the same time as a desire to protect historical sites," she explains.

Transformation through the ages
As well as the exhibition, visitors are able to see Gallo-Roman ruins in the centre of the crypt, including baths, a rampart, and a boatman's shrine, known as Le Pilier de Nautes, discovered in an archeological dig in 1960.

The popularity for the cathedral really took off thanks to Hugo's novel, which greatly influenced Viollet-le-Duc's restoration between 1844-1864, such as the designs for the iron 'creatures' on the roof.

Notre-Dame went through numerous transformations and attempts to erase its gothic features across the ages.

The spire from 1250 was taken down in 1786 for example, while during the Revolution, the statues of kings were destroyed, and the cathedral became a 'temple of reason'.

Thanks to Hugo's story and the restoration by Viollet-le-Duc, the cathedral became a true 'national heritage monument', more than a simple cultural site.

"The exhibition begins with how the church is described in the novel, where there is a mention of a fire," says Vincent Gille, of the Maison de Victor Hugo museum in Paris.

Macron's ambitions to save Notre-Dame
"It was at the time a frightening and dangerous edifice, not at all the light and glory for which we know it today," he explains, adding that in 1831, drawings show it was a spooky place which had been vandalised and was crumbling down, something which can also be seen in historical photos.

The 1911 film by Albert Capellani shows the tragic and tortured stories of the characters who frequented the cathedral, such as Esmeralda and the Hunchback.

In an eerie premonition of the 2019 fire, a gouache artwork by François-Nicolas Chifflart shows the fire, as imagined by Hugo, at the time, the lead spurting out from between the two towers, just as it did two hundred years later.

The questions of repairs are being asked all over again, as a whole new team takes stock of the years of work ahead of them in order to restore the cathedral to its former glory, one of President Emmanuel Macron's pet projects.

Latest Photo Reports
Catch up with all the political quotes from our politicians.
Advertise here
More Europe
ModernGhana Links
French study looks into the pesticide risk of people living near vineyards
Former president Nicolas Sarkozy to provide testimony in polling fraud case
No one got out of the Batalan untouched - not even the survivors
French feminists take on Miss France beauty pageant for discrimination
Fuel hike headache for Macron as ministers vote on 2022 budget
PSG v RB Leipzig: Messi is settled in and ready to fire, says Pochettino
Former inmate who exposed torture in Russian jail seeks asylum in France
Macron's bid to reform French justice system a load of 'froth', say magistrates
Russia cuts diplomatic ties with NATO as relations with bloc plunge to new low
TOP STORIES