United Nations Must Be Reformed 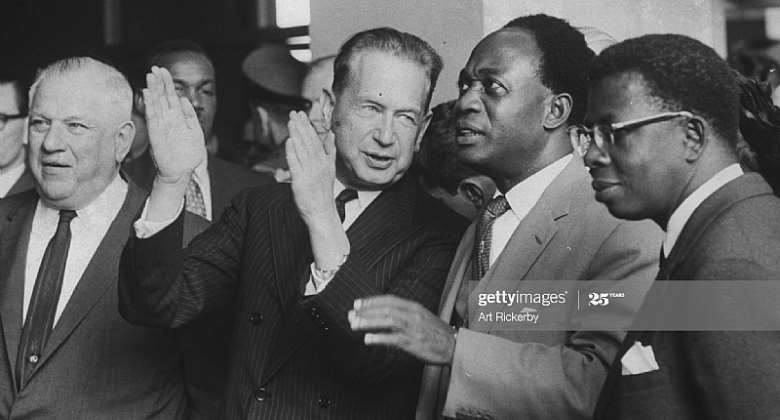 Kenya was elected a non-permanent member of the UN Security Council by the General Assembly for a two-year term on Wednesday, June 17, 2020 with four other countries to join the 15-member Security Council of the United Nations in 2021.

Fifteen countries sit on the Security Council, the UN’s most powerful organ.

Five are permanent members, who have the right to veto resolutions: China, France, Russia, the United Kingdom and the United States. Ten are non-permanent members elected by the General Assembly for two-year terms at each, five of which occur in alternative year.

Kenya joins in January 2021 with India, Ireland, Mexico and Norway. They will replace Belgium, Dominican Republic, Germany, Indonesia and South Africa. Estonia, Niger, Saint Vincent and the Grenadines, Tunisia and Vietnam will remain in the Council till the end of 2021.

The UN Security Council is the organ of the global body charged with maintaining global peace and security.

Its decisions, by law, must be obeyed by all UN member states, giving its prestige and power.

Kenya’s membership of the Security Council, however, like the other ten non-permanent members, is meaningless without the necessary and long overdue reform of the UN.

Kenya is now among the 10 non-permanent members, that often worked alongside the permanent five (Russia, China, UK, US, France) to pass resolutions touching on global peace and security.

President Uhuru Kenyatta, who led the campaign to have Kenya elected to the Council, said his country would advance the pan-Africanist agenda of global peace, solidarity and multilateralism. Citing Kenya’s long history of contributing troops to peacekeeping interventions, the President said Kenya had the right credentials to represent the African continent in the UNSC.

President Kenyatta spoke in the night of Tuesday June 16 during a virtual campaign meeting with permanent representatives of various countries to the UN hosted by Kenya ahead of the Security Council’s elections on Wednesday June 17, 2020.

Africa, on its part, was assumed to have its interests covered mainly by the United Kingdom and France. These were the two major powers with vast control over the continent in 1945. The contemporary global order in 2020 has changed.

China was seen as a representative for the interests of Asia and Oceania in the 1945s. With these notions and assumptions now changed, there is the need also to reallocate seats in the Security Council and the power to be heard by majority vote without any veto by any single member.

Expansion of the number of permanent seats on the Security Council or hold on to the current structure, coupled with a simple majority vote of the council on a draft resolution, without any veto power, will make the organization effective and allow it to have the bite required to handle the plethora of global issues facing the international community.

United States of America does not represent the interest of all the Americas. Currently, the USA has become more nationalistic, fighting for its own interests on global scale and representative for the gulf states and middle-eastern countries than global. The USA does not care for the interests of Middle and South Americas, rather it seeks to elect a wall to confine itself.

UK and France cannot represent Africa, they can represent Europe, but not Africa. Africa has long gained independence from these two colonial masters. For UN to maintain the idea of UK and France representing Africa is an insult to the continent and its people.

1945 is long ago. The 21st Century Africa is not colonial slaves of UK and France, unless the UN wants to remain in its resolution that Africa is still colonized by UK and France.

The UN General Assembly should make all the papers read year by year by all the member nations resolutions that require further and urgent consideration by a working committee of the UN for action and implementation. Until now the messages read by the member states are only ceremonial, decorative and a waste of time.

United States, China, Russia, United Kingdom and France are not good representation of the globe whose votes and vetos should determine the fate of the rest of all the people in the world. The Security Council needs to be democratised to accommodate a majority of the world that is still peripheralised in the decision making of the Council.

The UN must be modernized. The world in 1945 was quiet different from the world in 2020. In 1945, United States, Europe and the two Communist Blocks of Russia and China were the world. In 2020, there are six main blocks forming the globe; these are North America Block, South America Block, Europe Block, Asia Block, Africa Block and the Oceania Block. Each should be represented permanently in the Security Council.

The General Assembly not only represents the majority of the world’s population, but also represents majority world opinion on major international issues.

Currently, non-permanent rotating membership seats on the Security Council are provided to developing nations like Kenya, Niger, Saint Vincent and the Grenadines, Tunisia and Vietnam. This comes across as contemptuous tokenism. It does not afford the weaker nations of the world an avenue to advance their interests.

Developing nations are played off against each other by major powers based on the allure of an ineffective non-permanent seat. There is nothing to celebrate over a non-permanent seat on the Security Council under the current UN structure.

Member states elected to be non-permanent members of UNSC only have a moment and national pride to celebrate, but nothing to offer to bring a change of global policies concerning peace and stability. For the vast majority of the world, especially in the developing world, the UN will remain a forum for empty speeches by heads of state that are turgid and needlessly self-congratulatory. The time for UN reform is now.

You’ve been a dependable husband – Lordina celebrates Mahama...
38 minutes ago