Young people are key to a nicotine-free future: five steps to stop them smoking 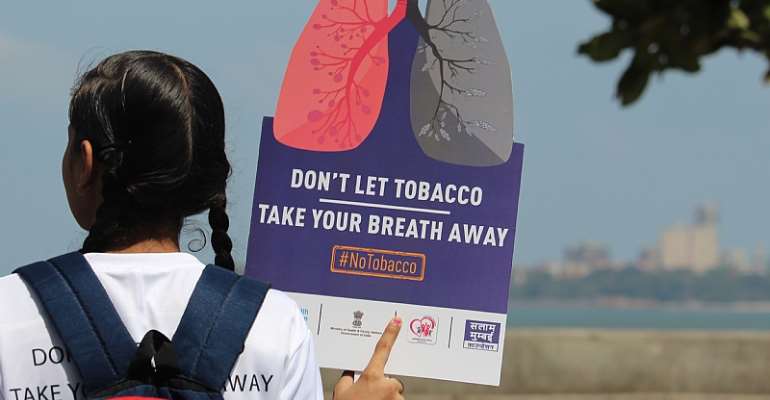 A girl holds a placard during a rally to create awareness about the effect of tobacco. - Source: Himanshu Bhatt/NurPhoto via Getty Images

Tobacco use kills more than 8 million people each year. Most adult smokers start smoking before the age of 20 . This implies that if one can get through adolescence without smoking , the likelihood of being a smoker in adulthood is greatly reduced.

Preventing young people from becoming addicted to tobacco and related products is therefore key to a smoke-free future.

With the advent of novel tobacco products and the tobacco industry falsely marketing them as less harmful than their combustible counterparts, the adage “prevention is better than cure” has never been more important for governments to heed if we are to achieve a smoke-free future.

Here are five things that governments need to do to ensure that a smoke-free future is realised.

Tobacco taxation is one of the most effective population-based strategies for decreasing tobacco consumption. On average, a 10% increase in the price of cigarettes reduces demand for cigarettes by between 4% and 6% for the general adult population.

Because they lack disposable income and have a limited smoking history, young people are more responsive to price increases than their adult counterparts. Young people's price responsiveness is also explained by the fact that they are also more likely to smoke if their peers smoke. This suggests that an increase in tobacco taxes also indirectly reduces youth smoking by decreasing smoking among their peers.

Smoke-free policies reduce opportunities to smoke and erode societal acceptance of smoking. Most countries have some form of smoke-free policy in place. But there are still many public spaces where smoking happens. Many of these places are frequented by young people – or example, smoking sections in nightclubs and bars – contributing to the idea that smoking is acceptable and “normal”.

Research from the United States shows that creating smoke-free spaces reduces youth smoking uptake and the likelihood of youth progressing from experimental to established smokers. In the United Kingdom , smoke-free places have been linked to a reduction in regular smoking among teenagers, and research from Australia finds that smoke-free policies were directly related to a drop in youth smoking prevalence between 1990 and 2015 . By adopting 100% smoke-free policies governments can denormalise smoking and turn youth away from tobacco and related products.

Traditional advertising and promotion of tobacco products has been banned in most parts of the world. But the tobacco industry has developed novel ways of keeping its products in the public eye.

Some common strategies used by the industry to target youth include hiring “influencers” to promote tobacco and nicotine products on social media, sponsoring events, and launching new flavours that are appealing to youth, such as bubble gum and cotton candy, which encourages young people to underestimate the potential harm of using them. Evidence also shows how the tobacco industry uses point-of-sale marketing to target children by encouraging vendors to position tobacco and related products near sweets, snacks and cooldrinks, especially in outlets close to schools.

Governments need to outlaw these tactics and impose hefty fines on tobacco companies that make any attempt to circumvent the law.

Given that tobacco kills half of its long-term users, the tobacco industry needs to get young people addicted to its products to ensure its survival. Young people need to be made aware of this. Governments should launch counter-advertising campaigns that educate young people on the tactics employed by the industry to target them so that they do not fall prey to them.

Sam Filby works for the Research Unit on the Economics of Excisable Products (REEP) at the University of Cape Town.

Corné van Walbeek is the Director of the Research Unit on the Economics of Excisable Products (REEP) at the University of Cape Town. The unit receives funding from a variety of health foundations, including the Bill & Melinda Gates Foundation, the African Capacity Research Foundation, Cancer Research UK and the International Development Research Centre. The unit has never received funding from the tobacco industry, or any of its front groups.

By Sam Filby, Research Officer, Research on the Economics of Excisable Products,, University of Cape Town And

Corné van Walbeek, Professor at the School of Economics and Principal Investigator of the Economics of Tobacco Control Project, University of Cape Town

Article
Powered By Modern Ghana
Why African cities should have engaged non-state actors in the fight against COVD-19
The Angolan dancers who helped South African anthem Jerusalema go global
How viral song Jerusalema joined the ranks of South Africa's greatest hits
Ghana has a housing crisis: what we found in Kumasi, and what needs to change
#ShutItAllDown in Namibia – the fight against gender-based violence
Why Kenya's defence forces fell at the battle of El Adde
Stop Dragging The Office Of The Special Prosecutor Into Partisan Politics
Dr. Thomas Anabah Writes: Coronavirus Daylight Vampires
South Africa's waning economic fortunes demand harsh policy adjustments: who will bear the brunt?
COVID-19 Updates Live Dashboard
TOP STORIES