How To Be A Winner: 7 Lessons From Jose Mourinho And Chelsea Football Club 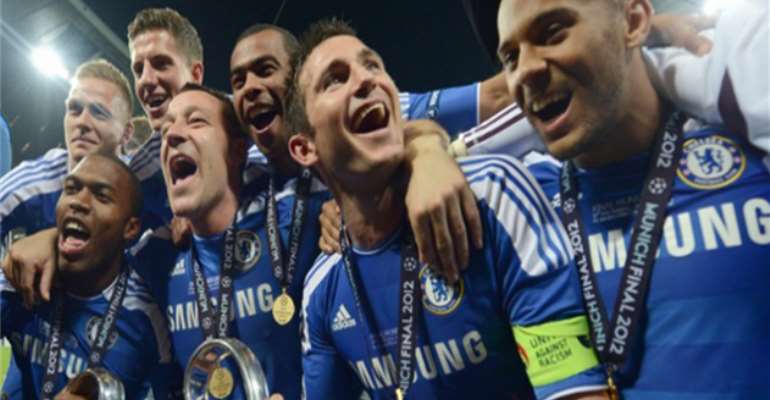 Chelsea Football Club are champions of English football after comfortably winning the 2014/15 season of the English Premier League.

At the heart of Chelsea’s win is a unique combination of a controversial manager, conditioned players, unorthodox tactics, and extremely loyal fans. The result is victory.

If you want to succeed in any field, you can learn a thing or two- make that seven from Chelsea.

1 Strategy
Many people describe Coach Jose Mourinho’s game strategy as boring and lacking entertainment. Interestingly, if you ask those critics if they expect a team to win games, they will all say yes. Mourinho’s message is clear- winning is the only important thing, everything else is secondary.

You can apply this in competitive situations in business, careers, or schooling. Go for a strategy that brings results, not one that pleases people. Like Chelsea players show, entertainment can wait till you are eating at the dining table of champions.

2 Rules
Every contest has its own rules. Soccer is about goals scored, boxing is decided on punches landed or knockouts, and high jump is about levels cleared.

That is why you can have 99% ball possession or throw a thousand punches, but if you do not score a goal or land a punch, you cannot win the competition. What are you doing now? What are the set criteria for winning in your field? Know the rules and plan to get the points needed to win.

3 Motivation
When journalists asked Mourinho what he thought about the annual PFA Team of the season, the Portuguese coach said he felt all eleven players on the list should have been from Chelsea.

This isn’t the first time Mou has made the world believe his players are the best. And he does it with the kind of consistency that makes the players actually believe him. There is a report of how Mourinho walked straight to Frank Lampard as the midfielder came out of the shower stark naked. Mourinho looked straight in the eye of the midfielder and told him ‘You are the best in the world’.

What is the result of this kind of hype? You get players who push themselves to give off their best, not just for themselves but to prove their manager right. Do you work with people? How do you speak to and about your colleagues?

4 Backup
New signing, Diego Costa started the season with a lot of goals. In fact he was Chelsea’s top scorer. But when he got injured, his absence was not badly felt because Eden Hazard, who ended the season by winning PFA Player of The Year, stepped in to deliver.

Are you relying on only one person to deliver your goods? Keep in mind that the best systems and teams have competent back up. The military spends huge amounts of money recruiting the Army and Navy reserves for a good reason.

5 Utility
As a team member or leader, you should help your staff to develop other skills. Team captain, John Terry, made the PFA team and ended the season as top defender-scorer, and he didn’t do so by neglecting his main defensive duty.

This season, Chelsea’s players were so well rounded that goals could be expected from anyone. Before people can function at this high level of utility, they need to be encouraged to develop not just their obvious skills, but also their subtle and even yet to be discovered abilities.

Each team in the EPL plays 38 matches. No matter how well or poorly your opponents perform, you can win the league by simply winning all your matches. So instead of spending energy wishing or working to make your opponents lose, you are better off focusing your energy on winning your own games. This is so true and applies to other aspects of life too.

7 Preparation
For top performance, you must take time to prepare yourself adequately.

Many football pundits agree that Manchester United’s Van Gaal is a technically good manager who has proven himself in other competitions. However, one difference between the fourth placed Van Gaal and the champion Mourinho is that the latter had more time to prepare.

Mou did not have any World Cup Team to coach and he was already familiar with England. These gave him enough time to study the market, buy the right players, develop his so called “parking the bus” strategy, and deliver the trophy to Abrahimovic.

Preparation is very important because when it’s time to get on the field and play, there will be no time for trial and error and it will be too late to test a football philosophy.

ABOUT
Irene Danquah is an entreprenuer, nutritionist, and author of Become A Healthier You. She writes for Newaccra.com, where this article was originally published. Visit Newaccra.com