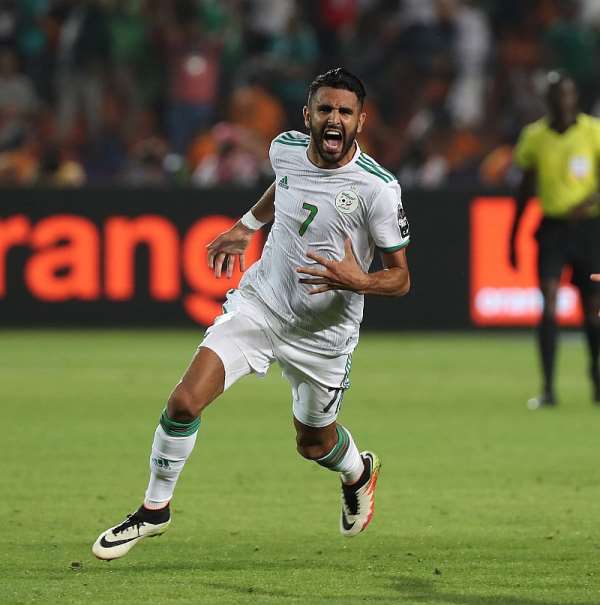 Captain of the Desert Foxes of Algeria, Riyad Mahrez has set his sight on winning the 2019 Africa Cup of Nations (AFCON) tournament after noting that it will be the most important thing in his career.

The Manchester City attacker has led the North African side to the finals of the continental tournament for the first time in a very long time where they appear to be favorites to eventually lift the trophy.

In the semi-final match between Algeria and Nigeria on Sunday evening, it was the two time English Premier League winners who showed class in the dying minutes of the match to score the winning goal for his side to ensure they progressed into the finals.

Speaking in an interview after his side has beaten the Super Eagles 2-1, Riyad Mahrez shared that his goal is to win the prestigious tournament and the team will work towards achieving that feat.

“It was a difficult game against a difficult opponent but we managed to qualify. We are happy we are making our people happy, we know they are behind us”

“My goal is to win the title. It’s the most important in my career and we will do our best towards it”, the former Leicester City star man said.

If Algeria manages to win the final, this will be only the second time in the country’s history to achieve such a feat.

They will go head to head with the Teranga Lions on Friday, July 19, 2019, at the Cairo International Stadium at 19:00GMT.