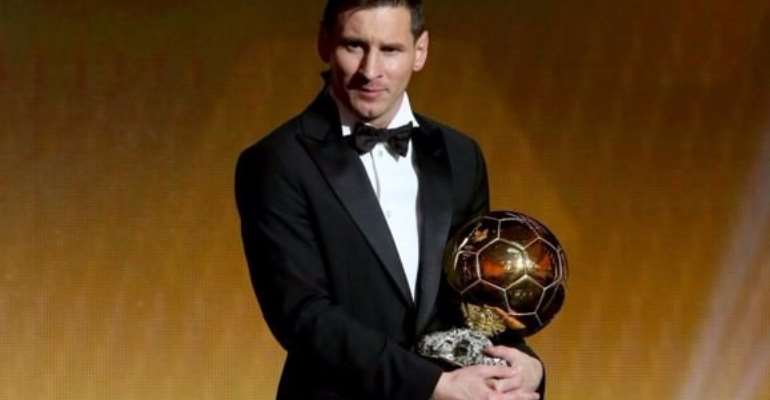 Lionel Messi has won the Ballon d’Or award for an unprecedented fifth time.

The Barcelona forward reclaimed the biggest individual accolade in world football at a lavish ceremony in Zurich on Monday, beating Real Madrid’s Cristiano Ronaldo, the three-time winner he has been runner-up behind for the last two years.

He also finished ahead of fellow Barça frontman Neymar after a calendar year in which the Catalan outfit claimed five titles.

Argentina international Messi, who scored 48 goals for his club in 2015, said after being presented the award by 2007 Ballon d’Or winner Kaká: “It is a very special moment for me to be back here on this stage, winning again another Ballon d’Or after being there in the audience watching Cristiano win.

“It’s incredible this is my fifth. It’s much more than anything I’ve dreamed of as a kid.

“Lastly, I want to thank football in general for everything it has brought me, both the bad and the good, because it has made me grow and learn.”

Elsewhere, USA’s Carli Lloyd capped off a brilliant 2015 by taking home the award for women’s player of the year.

Lloyd faced competition from Germany’s Celia Sasic and Japan midfielder Aya Miyama but her performances at last year’s World Cup – including a brillaint hat-trick in the final – helped secure her the award for the female player in the world.

Lloyd is the third American to take home the award – Abby Wambach won in 2012, while Mia Hamm got the nod twice in 2001 and 2002. Brazil’s Marta has the most wins with five.

Lloyd has scored 79 goals in 211 appearances for USA and was recently made captain of the national team. Her goal from the halfway line in the World Cup final was also nominated for goal of the year.