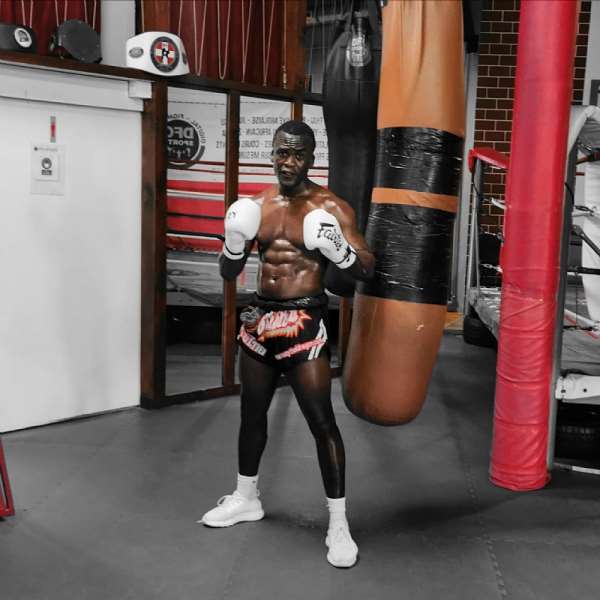 Ghana’s Lawrence Nyanyo Nmai is in the news again as he prepares to fight for the WBC African Challenge Muay Thai Championship Title Belt.

The two times SWAG Award winner takes on Tanzanian Emmanuel Shija in the Muay Thai bout at the La Palm Royal Beach Hotel on May 15, 2021.

The bout is under the banner of Michael Annan’s Don’s Promotions and would feature top female boxers from Switzerland and Tanzania.

Nyanyo Nmai who holds other titles said he has been preparing feverishly under the tutelage of his brother/trainer in Switzerland at the DFC Gym towards the fight and will be happy to fight and win in front of his people in James Town, Bukom, Osu, La and East Legon.

He said sports has much to offer the world, and people, as well as governments, should take sports very serious by investing and reaping richly.

He called on Ghanaian boxers and sportsmen to reach for great ambitions and aspirations.

He also appealed to private businesses to invest in sports to support talents and change lives to complement government effort.

Lawrence Nmai commended the Black Bombers who have qualified for the Tokyo Olympic Games and wished them success.

Tolon: NDC slams Bawumia for allowing hospital to rot after ...
52 minutes ago