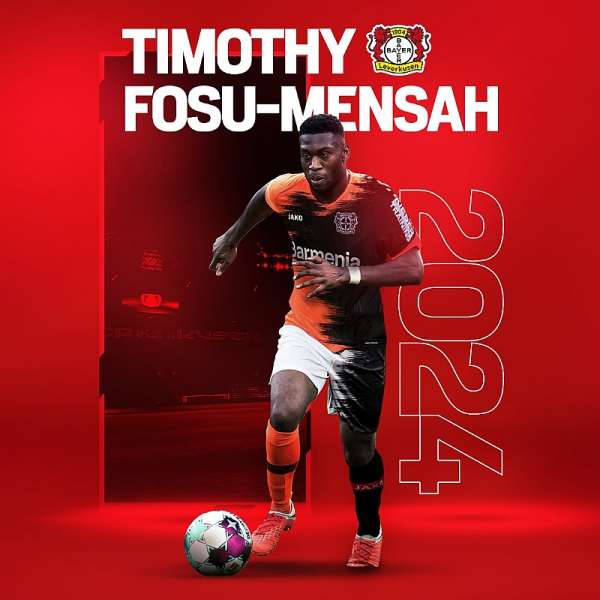 German Bundesliga side, Bayer 04 Leverkusen have announced that they have completed the signing of Timothy Fosu-Mensah from Manchester United.

The club in the past few weeks have been looking at securing the services of a number of players to bolster their squad.

Having had successful negotiations with Manchester United, Bayer Leverkusen has today sealed the signing of Dutch defender Timothy Fosu-Mensah.

“Welcome to the Werkself, Timothy!,” a club statement from the German outfit said on Wednesday.

While his transfer fee has not been disclosed, the player who is of Ghanaian descent is expected to stay with the German club until the summer of 2024.

At age 23, Timothy Fosu-Mensah has a lot of years ahead of him and has been tipped to continue developing if he is given the regular playing time he desires at Bayer Leverkusen.

In the past, the utility player had stints with Crystal Palace and Fulham as a loan player from Manchester United.