Coronavirus: WHO Warns That Lifting Lockdown Restrictions Too Early Could Spark A Dangerous Resurgence

...World health chief is warning nations not to be too premature when it comes to ending lockdown
By Nilufer Atik 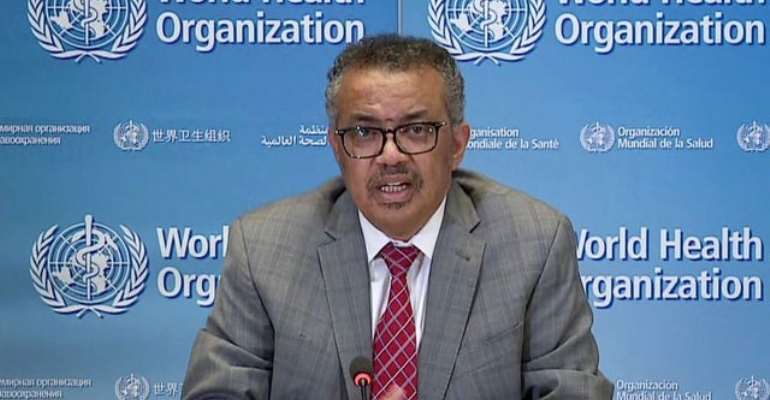 The World Health Organisation (WHO) has warned that lifting coronavirus restrictions too early could cause a dangerous second wave of infections.

The body responsible for leading global health responses has advised countries to be wary about ending their lockdowns too soon, despite the fact that economies are suffering.

WHO director general Dr Tedros Adhanom Ghebreyesus said that by already relaxing some of their protective measures, worst hit parts of the world like Italy and Spain could be promoting a “deadly resurgence” in infections .

He was speaking at a regular news briefing from Geneva, and told the virtual conference that the organisation was working with governments to put together effective strategies for easing restrictions, but that this had to be approached with caution.

"Lifting restrictions too quickly could lead to a deadly resurgence," Dr Ghebreyesus said. "The way down can be as dangerous as the way up if not managed properly."

His comments come as Italy and Spain have already begun relaxing their measures, with a small number of businesses in Italy given permission to reopen next week. These include bookshops, launderettes and children's clothing shops. Only food stores and pharmacies have been open so far.

The regulation changes came after the number of deaths in Italy fell from 610 last Thursday to 570 on Friday and the number of new cases also dropped slightly from 4,204 to 3,951, and despite the Italian prime minister Giuseppe Conte extending the national lockdown until 3 May, warning that the gains made so far should not be lost.

In Spain, which recorded its lowest daily death toll in 17 days on Friday, with 605 people dying, some non-essential workers in sectors like construction and factory production are being allowed to return to their jobs on Monday.

Recent figures show there have been 15,843 registered deaths related to the virus in the country to date - Europe's highest number of confirmed cases.

Prime minister Pedro Sánchez told MPs in Madrid "the fire starts to come under control," adding that the country would have “total victory” over the virus.

Mr Sánchez is the latest European leader to suggest the situation may be stabilising. But Dr Ghebreyesus has warned that the virus is now spreading rapidly in other countries like Africa, where he said Covid- 19 had reached rural areas.

"We are now seeing clusters of cases and community spread in more than 16 countries on the continent," he said.

"We anticipate severe hardship for already overstretched health systems, particularly in rural areas, which normally lack the resources of those in cities."

The leaders of several nations, including the United States , had previously marked this Easter weekend as the provisional date when restrictions would be lifted. Most nations, however, have now backed away from that, instead extending their lockdowns and shelter-in-place rules to the end of the month.

In the UK Foreign Secretary Dominic Raab, who has been deputising for Boris Johnson while he remains in hospital, warned that it was still too soon for ministers to begin lifting the social distancing rules introduced last month. He said the lockdown measures would "have to stay in place until we've got the evidence that clearly shows we've moved beyond the peak".

There have been 1.6 million cases of Coronavirus globally so far and 101,000 deaths.

Dr Tedros said the WHO was working with affected countries on strategies for safely and slowly easing their restrictions, but that the pandemic had exposed weaknesses in the health care systems of even the strongest nations, and it could not be too soon.