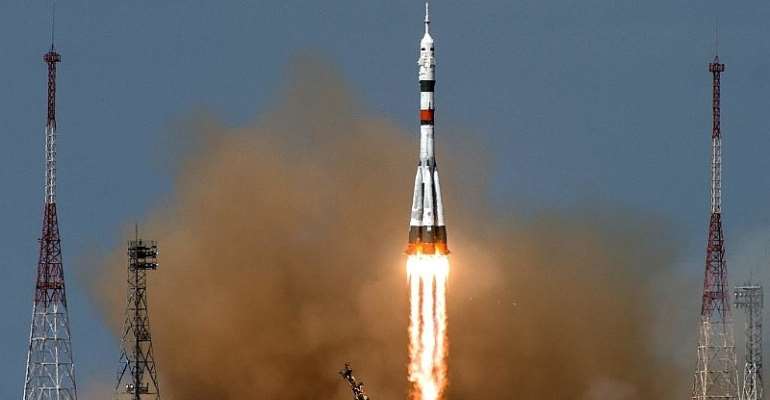 A three-man crew docked successfully at the International Space Station (ISS) Thursday, leaving behind a planet overwhelmed by the coronavirus pandemic with three billion people confined.

Anatoly Ivanishin and Ivan Vagner of Roscosmos and NASA's Chris Cassidy reached the ISS at 2.13 GMT, just over six hours after blasting off from the Baikonur Cosmodrome, where Covid-19 caused changes to pre-launch protocol.

Usually the departing crew faces questions from a large press pack before being waved off by family and friends.

Neither was possible this time round because of travel restrictions imposed over the virus, although the crew did respond to emailed questions from journalists in a Wednesday press conference.

Cassidy, 50, admitted the crew had been affected by their families not being unable to be in Baikonur, Russia's space hub in neighbouring Kazakhstan, for their blastoff to the ISS.

"But we understand that the whole world is also impacted by the same crisis," Cassidy said.

Quarantine
Astronauts routinely go into quarantine ahead of space missions and give a final press conference at Baikonur from behind a glass wall to protect them from infection.

That process began even earlier than usual last month as the trio and their reserve crew hunkered down in Russia's Star City training centre outside Moscow, eschewing traditional pre-launch rituals and visits to the capital.

The next crew to return to Earth from the ISS will be flying to their home countries on April 17 via Baikonur, rather than Karaganda in central Kazakhstan as usual, as part of new travel measures related to the pandemic.

Self-isolation
The ISS typically carries up to six people at a time and has a livable space of 388 cubic metres - larger than a six-bedroom house according to NASA.

Those dimensions will sound enviable to many residents of Earth, more than half of whom are on various forms of lockdown as governments respond to Covid-19 with drastic measures.

The International Space Station -- a rare example of cooperation between Russia and the West -- has been orbiting Earth at about 28,000 kilometres per hour since 1998.