Macron lays out strategy to tackle Islamist separatism in France 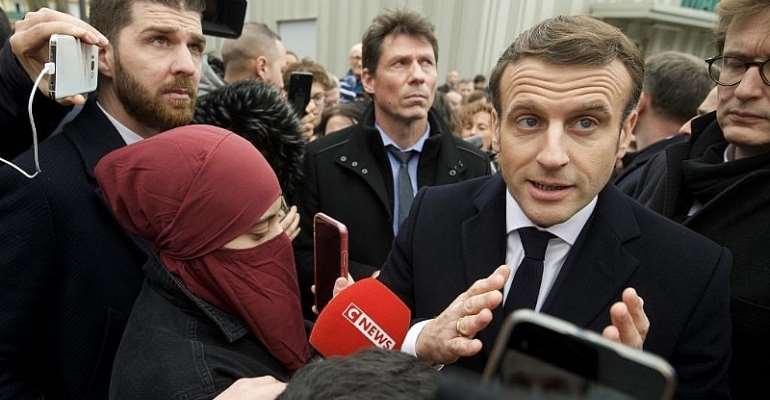 French President Emmanuel Macron has announced a series of measures to combat what he calls 'Islamist separatism' in the country. These include limiting the number of foreign imams and stricter controls on the financing of mosques.

Macron spent Tuesday afternoon in the working class district of Bourtzwiller in Mulhouse, a city in eastern France which is one of 15 areas participating in an programme to tackle islamist separatism.

Macron laid out the national strategy designed to combat foreign influences on Islamic culture in France, insisting that it was "not in anyway a plan against Islam itself".

Firstly, France will gradually phase out its programme of hosting of imams sent by other countries such as Turkey and Algeria.

Instead, the number of imams trained in France will be increased.

"Those in France already will be allowed to stay to finish their term," explained Macron.

"Moving away from an insular form of Islam is extremely important to help reduce foreign influences and insure that each person respects the laws of the republic."

On top of this, the hosting of the 300 or so people who come to chant psalms at ramadan, the annual period of fasting will also be suspended.

A close eye on funding
One of the other key measures announced is a stricter control of foreign financing of religious buildings and mosques to avoid suspicious projects.

"We need to know where the money is coming from, who is receiving it and what they are doing with it, " the President said.

The grand mosque of An-Nour in Mulhouse is a case in point.

The construction of a huge complex complete with pool, schools and shops, funded in part by an NGO in Qatar, is currently suspended due to an inquiry.

Finally, the other key measure is the cancellation of a foreign language and culture programme known under the acronym Elco - the teaching of native language and culture (enseignement de langue et de culture d'origine), which according to Macron is a mechanism which favours forms of separatism.

Nine countries would be affected by this - Algeria, Croatia, Spain, Italy, Morocco, Portugal, Serbia, Tunisia and Turkey as early as September 2020.

The teachers in these programmes are chosed by the governments of the respective countries, a system which exists in France since 1977 and serves some 80,000 students annually.