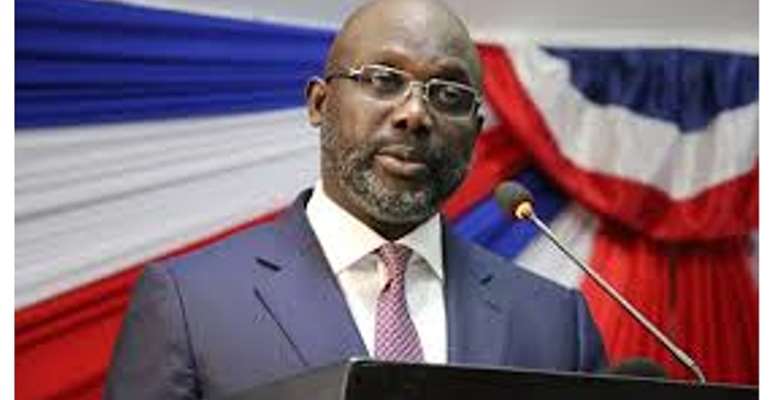 In most countries, the annual presidential address known as the state of the union in federated countries and state of the nation in a unitary system is a yearly address to national legislatures and the citizens of the country. These addresses give the administrative and policy view of the state of the nation and the eventual plans for good and meaningful legislation. In essence, these sorts of annual addresses are not only marked by detailing substantial achievements over the year, but they are also grounded in concrete public policy and are driven by a clearly distinct vision.

More importantly, the climax and appeal of such massages are the public policy narrative and the vision to move forward, taking into consideration past challenges, lessons learned, and the need to recalibrate.

President Weah’s third annual message, which was given on January 27, 2020, was very good overall. The President stroked the right notes in certain key and critical areas. For example, his understanding of and support for three vital propositions [dual citizenship law; reduction of presidential years in a term; and the holding of elections in the summer rather the raining season] which have the propensity to drive Liberia forward are refreshing and commendable. Also, his explanation regarding his latest cabinet choice (Minister of Agriculture-designate) and the process used to arrive at that choice was also wonderful.

The president also laid out the numerous domestic challenges Liberia faces – mainly in the social and economic domains of the country as well as in the area of political stability and the overall governance of the nation.

My reading of the entire speech is that progress can be made, and, at least, the president is exhibiting some semblance that his administration is probably understanding that good governance is possible if citizens attain relative social and economic satisfaction, which can translate into political tolerance, national unity, and peaceful co-existence. This is why every country must focus on domestic policy and foreign policy that benefit their people.

In a recent domestic and foreign policy speech in which he listed specific issues and advance concrete proposals, one of my favorite U.S. Presidential Candidates Mayor Pete Buttigieg told his audience, “Not only must America do this in order to prosper,” Buttigieg told the friendly crowd, “but the world also needs America to do these things.”

In other words, President Weah’s speech needed to be stronger on specifics to indicate to the world and Africa in particular that not only must Liberia do the things he (President Weah) envisions in order to prosper, but the rest of Africa and the world, as well as Liberia’s donor countries and partners, need Liberia to do the things they are doing for Liberia.

Comparatively, the president did very well, especially when, in his speech, he seems to suggest that ‘everything that is broken in Liberia can be fixed.’ And that ‘every problem can be solved, and every hurting family in Liberia can find healing and hope.’

While this is true, the speech also did little to flesh out the specifics of the president’s domestic policy agenda about what Liberians need the most – jobs, access to improve, quality and affordable healthcare; universal and accessible education, sustainable food security, and a workforce development program with a focus on the jobs of the future. Other things one would have loved to hear about from the speech are increasing investment in the private sector, information technology, and renewable technologies to reverse the current environmental degradation in the country.

During his address, President Weah returned several times to the issue of problems caused by the global economic slowdown and commodity crisis, etc. as well as the need to modify some existing laws so as to bring about economic growth and development as well as social advancement in the country.

Essentially, he was indirectly telling the legislature and Liberians at home and abroad that these are our problems that need to be solved and I am ready to work with you to solve them so why not join forces with my administration and me and finally get the job done and get it done right. This line is persuasive, and it shows that the president had a goal of convincing his audience to accept his point of view.

The speech appeared to be arranged in such a way as to hopefully cause the audience to accept all or part of the expressed view of the president.

In this area, one would applaud the president for a speech well delivered, but one would have loved for the President to be more specific in his domestic policy, particularly in the areas of Liberia’s competitiveness, labor market, and human security. The president could have easily done this by offering at least 5 to 10 clear proposals. But all is not lost.

About the Author:
J. N. Williams
J.N. Williams is a Catholic educated public philosopher and a U. S. trained public policy and institutional governance professional with strong expertise in job creation policy, workforce development analysis, strategic management, and socio-economic growth and development. He can be reached at [email protected]

[WATCH] CCTV cameras capture thieves breaking into a shop in...
23 minutes ago