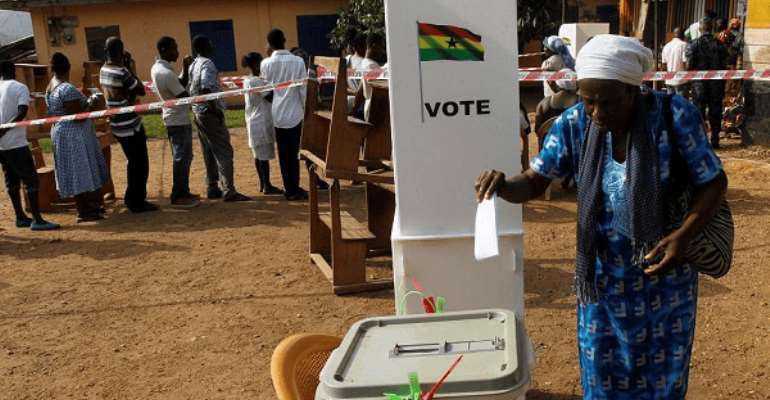 On Tuesday, December 17, 2019 the Electoral Commission of Ghana (EC) conducted District Level and Unit Committee Elections nationwide in fulfillment of Article 246 Clause 1 of the 1992 constitution and Sections 2 and 6 of the Local Governance Act 2016 (Act 936). The fundamental questions are: what next after the election? Is the Unit Committee model existing only by name?

Article 240 Clause (2)a of the 1992 Constitution provides for the transfer of functions, powers, responsibilities and resources from the Central Government to Local Government Units. Clause (2)e states that to ensure accountability of Local Government authorities, people in particular local government areas shall, as far as practicable, be afforded the opportunity to participate effectively in their governance. Participation and accountability at the Unit Committee levels are therefore constitutional requirements.

Over the decentralization period, attempts have been made to achieve participation and accountability in Ghana through the holding of the District Assembly and Unit Committee elections. Also, there had been an increase in the number of Regional Coordinating Councils, Metropolitan, Municipal and District Assemblies (MMDAs), Sub-Metropolitan District Councils, Urban, Zonal, Town, Area Councils and Unit Committees.

The Unit Committees are the bedrock on which the MMDAs revolve. In order to operate effectively as the link between the Assemblies and the people, the Local Government Act 1993 (Act 462) and Local Governance Act 2016 (Act 936) make a strong case for the Unit Committees to be well-equipped in terms of manpower, finance and logistics to facilitate their operations towards the achievement of the goals of promoting active representation, participation and accountability.

Some of the mandated functions of the Unit Committees include to supervise the staff of the District Assembly in performing their duties in its area of authority, assist the Assembly in revenue collection, organize communal labour, educate people on their rights, privileges and responsibilities, provide focal points for the discussion of local matters and make recommendations to the Assembly, monitor the implementation of self-help and development projects, assist in enumerating and keeping records of taxable persons and properties, make proposals to the Assembly regarding levying and collection of rates for projects and programmes.

It has become clear that even though Unit Committees are a strategic aspect of the decentralization programme, they are weakened in many ways when it comes to effective performance of their functions. They have suffered several drawbacks since their creation by the local Government Act 1993. Many of the Unit Committees are ineffective in providing effective representation and galvanizing people in their electoral areas for community development.

Some of the challenges are low motivation in terms of remuneration, lack of MMDAS and Central Government recognition, inadequate logistics for effective delivery of their functions, weak human resource personnel, lack of resources for community mobilization, relationship challenges among the Unit Committee members and Assembly members on one hand, and between Unit Committee and their District Assembly on the other, and lack of understanding of functions due to lack of education and training on their duties and responsibilities.

Even though some of the Unit Committee members have been organizing community talks on health and mobilizing community members for communal work, they do not have a full appreciation of the range of their functions.

To enhance the performance of Unit Committees, the model has to be given a certain level of recognition from central government that would enable it attract a certain caliber of people to contest the Unit Committee elections. Ministry of Local Government and Rural Development and MMDAs must give adequate refresher training as well as human resource empowerment workshops to members of the Unit Committees and address issues impeding their work. It would also be worthwhile educating community members on the functions of Unit Committees.

We must appreciate the causal relationship between decentralization and economic development. An important question for poverty reduction is how close is government to its people? The Unit Committees must be considered in the MMDAS composite budget, national budget and provision of logistics to serve as key motivators to enhance their work. The Local Government Service Secretariat must be adequately resourced by the central government in the national budget to extend their capacity building, monitoring and supervision roles beyond the MMDA levels to the Unit Committees.

MMDAs must cede some revenue items in the fee-fixing resolution to the Unit Committees and other sub-district structures and give them a percentage as commission for their operational expenditures. As a country, we may have to make the effective functioning of District Assemblies Sub-structures including the Unit Committees as one of the factors for disbursing the District Assembly Common Fund to the MMDAs. This will compel the MMDAs to make the unit committees and the other Sub-district structures functional.

There is the need for a rethink of the Unit Committee concept through a broader stakeholder consultation aimed at streamlining the roles of Unit Committee members, Assembly members and the District Assembly alike, to avoid competition and conflict, and provide logistics for motivation of personnel.

Local participation at the community, village and unit levels have been behind the success stories of decentralization in South Africa and Uganda. It is time for Ghana’s decentralization to go beyond administrative setup to an improved fiscal decentralization involving economic empowerment of the Assemblies, unit committees and other district sub-structures by ensuring that mandated functions are associated with resources.