How Kwame Nkrumah used metaphor as a political weapon against colonialism

By Mark Nartey - The Conversation 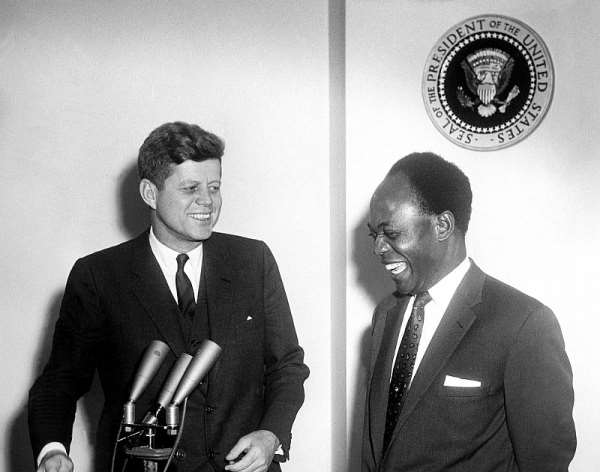 Kwame Nkrumah (1912-1972), a pioneering pan-Africanist and Ghana's independence leader (1957-1966), is regarded by many as one of Africa's greatest politicians . Commentators, historians and scholars have given him accolades such as 'the Black Star', 'Africa's Man of Destiny' and 'the Pride of Africa'. Twenty years ago, the BBC's African listeners voted him as Africa's Man of the Millennium.

Nkrumah was one of the main catalysts of the African independence revolution in the 1950s and 1960s and his political rhetoric influenced world affairs in the 20th century.

To understand how his spoken word influenced politics in his time, I did an analysis of his speeches. My aim is to shed light on the role of language and post-independence leaders in decolonisation processes. It's useful to understand the power of this today because African countries continue to experience economic, political, cultural and other pressures.

A strategic “weapon” that contributed to Nkrumah's powerful rhetoric was his use of metaphor - the use of language that conceives one thing in terms of another. My paper shows that the use of metaphor by political actors can serve manipulative and ideological purposes as opposed to achieving a literary or stylistic effect. I show that metaphor is essential to a leader's persuasive force.

Among independence leaders across the globe and African independence leaders in particular, Nkrumah is considered by political commentators as a political firebrand. This fiery posture, of which using metaphors was key, was one of the things that set him apart from other politicians. Contemporary politicians, including former US president Barack Obama, former UK prime minister Tony Blair and Ghana's former president John Mahama, have very similar traits.

Analysing Nkrumah's speeches on African independence, I found that he used metaphor to articulate a strong resistance against colonialism and imperialism. He did it in a way that inspired confidence in his leadership, boosted the morale of Africans and empowered them for sociopolitical action.

Using metaphor, he constructed heroes and villains, protagonists and antagonists. At the same time, he portrayed himself as a valiant leader and a noble revolutionary. And he vilified and demonised the systems and people he saw as the enemies of Africa, in a way that advanced his sociopolitical goals.

These excerpts show how he went about doing this.

Speaking at the Nationalists' Conference of African Freedom Fighters in 1962, he said:

This meeting gives us the opportunity also to review our strength as well as that of the enemy and to reorganise our forces and our strategy … Who is the enemy? The enemy is imperialism, who uses as its weapons colonialism and neo-colonialism.

In another speech delivered to African heads of state, he said:

Neo-colonialism is a latter-day harpy, a monster which entices its victims with sweet music.

Speaking to government functionaries at an event in honour of President Josip Tito of Yugoslavia, he asserted that:

We see the hydra-headed neo-colonialism slowly but clearly emerging, but that ugly head should be crushed.

These extracts show Nkrumah using expressions such as “evil”, “enemy”, “monster”, “hydra-headed” and “harpy” to describe the brutal nature of colonialism and imperialism and to underscore the threat they pose to Africa. By using these words, he was inviting people to take action.

He also invoked religious imagery by selecting a word like “evil” to describe the colonialists and by asserting that colonialism and imperialism have 'no morals'. Given that religion is considered by many to be the ultimate moral force, Nkrumah is seen to be imposing a moral imperative on Africans to rise up in armed resistance.

Nkrumah also designated the colonialists as the “enemy”. This established a moral order and created a sense of solidarity. Combining the word “enemy” with expressions such as “forces”, “war”, “prosecute” and “crush”, he portrayed Africa as the battlefield and Africans and the colonialists as opposing armies.

Additionally, he associates the colonialists with “monsters”, thereby casting them in the mould of tormentors and vampires who were sucking the life out of Africa. This made them a threat that needed to be nullified.

Generally, research shows that politicians tend to be indirect and evasive. But the analysis of Nkrumah's speeches shows that he was direct and explicit. I suggest that his use of metaphor contributed significantly to this “aggressive” style. His style was atypical given that politicians tend to be diplomatic in what they say. And it certainly contributed to making him one of the most powerful voices on the continent.

Mark Nartey does not work for, consult, own shares in or receive funding from any company or organization that would benefit from this article, and has disclosed no relevant affiliations beyond their academic appointment.