The Absolute Necessity For Escrow Companies In Ghana Today! 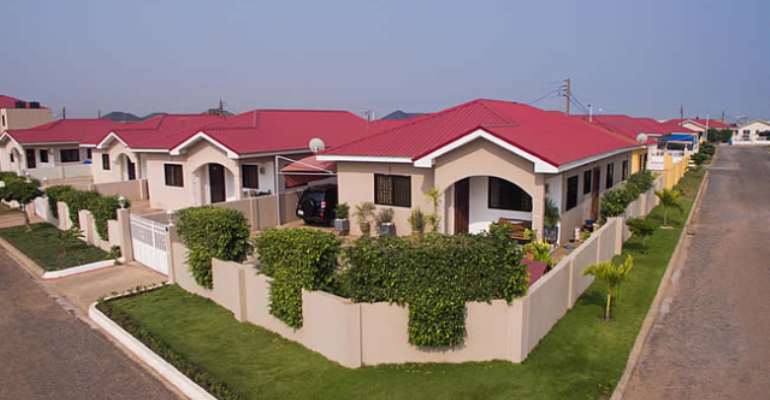 Folks, within the last two years in our company Millennium Properties Ltd., four incidents that took place in four separate transactions may help to demonstrate why it has become absolutely necessary to have escrow companies operating in our beloved country.

Incidentally, the Purchaser defaulted on the terms of payment after his initial deposit of $20,000 and the Vendor terminated the sale on August 25th, 2019. This November 25th, 2019 will be exactly 90 days for the Vendor to REFUND the Purchaser his due $17,000 but Vendor has declared categorically that he would not pay up UNTIL HE SELLS THE LAND to another party because he has used up the Purchaser’s $20,000. A foreigner having the audacity to do this to a Ghanaian!

If an independent neutral third party like an Escrow Company had been involved in this transaction, this would never have happened in the first place!

The problem with this particular transaction was that the Purchaser truly did not have all the funds to purchase the property for $400,000 and was now, as we later found out, desperately looking for funds from her bankers to borrow to complete payment for the purchase. If banks in Ghana would allow us to VERIFY FUNDS OF THE PURCHASER, this problem would have been solved and Vendor would have been assured that Purchaser truly had the funds to purchase his property. This was not the case!

After 18 months, this sale and purchase transaction has still not closed even after the Vendor himself terminated the transaction on January 1st, 2019. The Purchaser’s $300,000 deposited into Vendor’s bank account has all been used up by Vendor, who is currently struggling to sell the property to another party to raise the funds to pay up the defaulting Purchaser.

This should not have happened if an independent Escrow Company had been involved in this transaction.

We could never close this transaction because we could not verify the Purchaser’s source of funds from the bankers he supposedly had who were keeping his purchase money.

If an independent Escrow Company had been involved in this transaction as a neutral third party protecting the interests of both Buyer and Seller, this would not have happened.

Mr. O who purchased his 0.29-acre land in Adjiringano on 1st May, 1993 entered into a contract of sale on 28th June, 2019 to sell the same land to Mr. K for $125,000. Mr. K quickly paid up the full purchase price in order to start construction on the land. The moment he started putting up the perimeter fence walls on the land, out of nowhere arrived land guards and their lawyers carrying documents proclaiming their ownership of the land on which Mr. O had already been issued a Land Title Certificate by the Government of Ghana through the Lands Commission since May 1st, 1993, 26 good years ago!

This may not be a case of any intervention by an Escrow Company but we bring this up the attention of the Regulators how this is ever possible when a Land Title Certificate is supposed to be a document which is SACROSANCT and given by the full powers and authority of the Government of Ghana after a 21-day publication in the Ghanaian press for the public to challenge true ownership before that certificate is issued. How courts of law in Ghana could overturn this process is definitely A THREAT TO THE INVESTMENT PROSPECTS OF OUR COUNTRY WHENEVER INVESTORS COME HERE TO DO BUSINESS INVOLVING THE SALE AND PURCHASE OF LAND IN OUR BELOVED COUNTRY!

This is the reason why we are setting up a new company in Ghana called PETERSEN ESCROW & LAND TITLE SERVICES LTD. Visit our website at peteESCROW.com and learn more about us!