Is The Special Prosecutor Still Rendering A Cinderella Service? 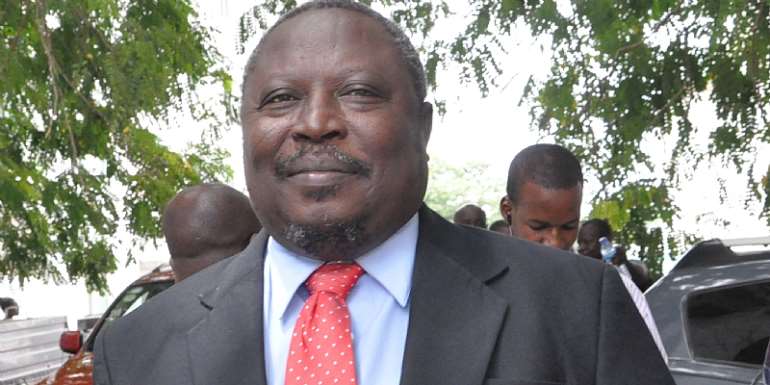 Let me first and foremost commence by saying that, nobody can beat his chest to boast of being capable of eliminating completely or clamping down corruption to a nil state if given the nod to do so. Secondly, it is worth taking note that, this write-up of mine supersedes an earlier one about the office of the aforementioned office trustee dubbed “Institutions mandated to fight corruption in Ghana: A better collaborative work to help abate the canker”. Careful analysis of it will compel one to conceive the notion that, I lavished a lot of eulogies on the President of the Republic His Excellency Nana Addo Danquah Akuffo Addo as well as Martin Alamisi Barnes Kaiser Amidu, the Special Prosecutor. Firstly, for the bold step taken to create and make such appointment of which he is constitutionally empowered in article 70 clause one section (e) to do if the need be and the courageous decision to accept the call which was obviously a clarion one, respectively. I, in the previous write-up also entreated all relevant bodies to collaborate wholeheartedly with the Special Prosecutor’s office to do a good work in the best interest of the populace.

Hopes were high then, all anticipations were envisioned towards a situation where many public officials would be arraigned before the supreme court and face the music if found truly guilty. Many felt the antidote to the corruption disease was found, I personally felt we were moving in the right direction as a country.

However, to my dismay, everything is now beginning to look like a mirage. All hopes of the Ghanaian populace is now beginning to disappear into the thin air, in the midst of frustrations on the part of Mr. Special Prosecutor. These frustrations according to Mr. Special Prosecutor was attributed firstly to the lack of resources (financial and material) to aid in the proper execution of his duties. Typical of every Ghanaian institution, the lamentation has always been the inadequacy or complete unavailability of fund and other relevant resources to facilitate working procedures. So in that regard, it is just civil to understand the much enthused Special Prosecutor, because no soldier can go to war without ammunitions. Thankfully, the government was sensitive to the outcry of Mr. Special Prosecutor. Due diligence was made and some financial and material allotments were made in the budget to give Mr. Special Prosecutor ammunition to prepare armaments for war. Many had thought that, the antidote, after all the requisite provisions made was going to speedily work and prosecutions would have, as a matter of urgency begun.

There came the second complaint; this time it was about the reality-dawning of my previous article thereof. Relevant offices and institutions which are supposed to collaborate and give Mr. Special Prosecutor a helping hand in the discharge of his mandate were failing to do so. This clearly re-echoed the assertion made by Barack Obama, former President of the United State of America, about the extreme weakness of our institutions on his visit to the country. Although these institutions and bureaucratic offices in question have not issued any communique to give their explanations to that effect, let us give Mr. Special Prosecutor the benefit of the doubt since it is justifiable by the statement of the aforementioned former President. It recently struck my knowledge in remembrance of the fact that Mr. Special Prosecutor has more or less been in office for two years yet, no single prosecution has been announced.

To ease the perceived burden on Mr. Special Prosecutor, I also suggested in my previous write up, a possible liaison between his office and the Tiger Eye investigative outfit. If my memory serves me well, I recollect the Special Prosecutor had a controversial feud with the investigative outfit which dates back to 2015. Those hostilities and rebuttals are bygone. I don’t think this working tie if successfully forged will result in the Special Prosecutor’s glory being hijacked as that could be a possible fear on the part of Mr. Special Prosecutor if a careful consideration to my proposal is given for the betterment of the nation. Amidst all these issues and barricades which are not giving Mr. special prosecutor the right enabling environment to live up to expectations, when else could be more appropriate for Mr. special prosecutor to form this all important synergy?

One of the most important concerns raised by Mr. Special Prosecutor of which I would like to correct was his perceived overly restrictiveness of the Special Prosecutors Act 959 of 2017 with respect to the cases he could legitimately tackle. Mr. Special Prosecutor made reference to eleven cases that could be investigated under his purview. I did not intend to bore readers with all these eleven cases but it is imperative to note that, amongst the eleven cases, section 256 which sought to say that, cases of corruption, intimidation and personation in respect of election should be tried as well as section 239 which states that, corruption of and by public officers as a misdemeanor should be tried. I would have thought that, fast forward, some recalcitrant compatriots who were embroiled in a tussle which clearly disrupt and marred the process during the recently held by-election at Ayawaso West Wuogon constituency would be prosecuted as it is in pursuant to section 256 of the Special Prosecutors Act as stated above. I would have also thought that section 239 is by no means a restrictive provision as it encapsulates every nook and cranny dealings which Could be described as corruption. Having thought and considered all these, I asked my myself, is the Special Prosecutor still rendering a Service of Cinderella which has shirked him away for so long? Well, all hopes aren’t lost, mayhap Mr. Special Prosecutor would like to pull some surprises as we head into an intense period of national election. To those officials who think they will continue to have a fields day dipping their hands into the state’s coffers to loot, let me leave you with Proverbs chapter 16 verse 8.