By The Punch Newspaper
Politics 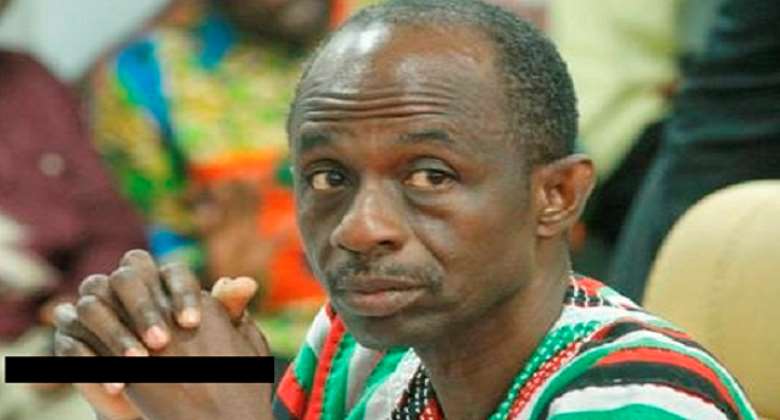 “Many Ghanaians, including the NDC, hold the view that there is something sinister behind the ploy by the Jean Mensa-Bossman Asare-led EC to compile a new voters’ register”, Mr Asiedu Nketiah told journalists at a press conference. “Their conduct, so far”, Mr Nketiah said, “portends a devious plan to set the stage to suppress voter numbers in the strongholds of the NDC and to bloat voter numbers in the strongholds of the NPP”.

According to the party, “We have been led to the impression that the current Chairman of the EC sees her mandate only in terms of getting Nana Akufo-Addo re-elected even if it means subverting the hard-won reputation of that otherwise respected institution”.

In Mr Asiedu Nketiah’s view, “a wiser approach for the leadership of the EC should have been to choose the path of openness, transparency and accountability to clear any doubts or suspicion surrounding their actions and decisions”, but “Unfortunately, the EC has chosen the path of flaunting their constitutional powers as if nobody knew about the existence of those powers before the path of dialogue and consensus-building was chosen through the establishment of Inter Party Advisory Committee(IPAC) as a better way of building our electoral system”.

The NDC also raised qualms about the cost involved in compiling a new roll.

“We are informed that it involves the procurement of a new biometric registration system, the cost of which is estimated at a gargantuan sum of over GHS 443,646,663 or 4.436 trillion old cedis. And we are going to do this at a time when teachers are crying, nurses are crying, contractors are crying, drivers are crying and students are crying.

“The teachers, nurses and contractors are crying because they are owed huge arrears of emoluments and entitlements by the state. The drivers are crying because the perennial increases in fuel prices are driving them out of business. The students are crying because of the obnoxious double-track system arising from the fact that the government does not have money to provide residential and learning accommodation for them under the Free SHS system.

“In fact, this economy, which is in a near-comatose state, cannot afford another wasteful expenditure coming on the heels of that highly controversial decision to award a contract for printing new currency notes of higher denomination at the reported cost of several billions of new Ghana cedis”, the NDC General Secretary noted as captured in his speech .