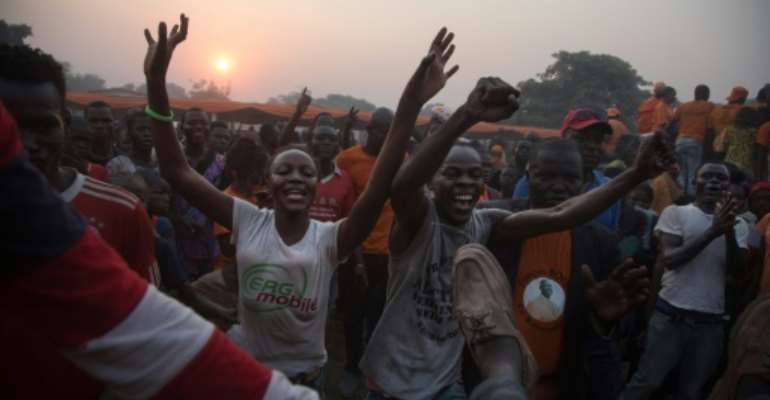 Thousands turned out to welcome the return of Francois Bozize, the former president ousted in a 2013 coup. By FLORENT VERGNES (AFP)

Thousands of well-wishers turned out on Saturday to welcome former Central African Republic president Francois Bozize on his return from exile.

Bozize, who was ousted in a 2013 coup, was making his first public appearance nearly a week after returning to the country following six years away.

Bozize climbed on to the back of a pick-up truck to address members of his KNK party, although most of his speech was drowned by cheers and shouts of support from the crowd, an AFP correspondent said.

Afterwards, he drove through the district in a car, followed by his supporters and acclaimed by hundreds of local residents gathered by the side of the road.

A former armed forces chief, Bozize seized power in CAR, one of the world's poorest and most unstable countries, in March 2003.

He held office for a decade before being overthrown by a coalition of mainly Muslim armed groups, the Seleka. 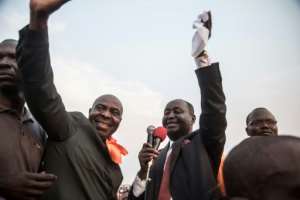 Bozize (L) briefly addressed the crowd that had turned out to welcome him. By FLORENT VERGNES (AFP)

His lawyers and supporters had long campaigned for the government to allow him to return, but earlier this week a government spokesman expressed scepticism that he was back in the country.

Bozize faces an international arrest warrant, initiated by the CAR in 2013, for crimes against humanity and incitement to genocide.

On 2014, he was placed on a UN sanctions list for "committing or supporting acts" that undermined peace and stability -- a reference to Bozize's support for Christian militias in 2013.

After Bozize fled, fierce fighting erupted between predominantly Christian and Muslim militia. That prompted the intervention of former colonial power France, under a UN mandate.

A UN force, MINUSCA was deployed, but attempts to broker a lasting peace have repeatedly broken down.