Questions For The Nigerian Left 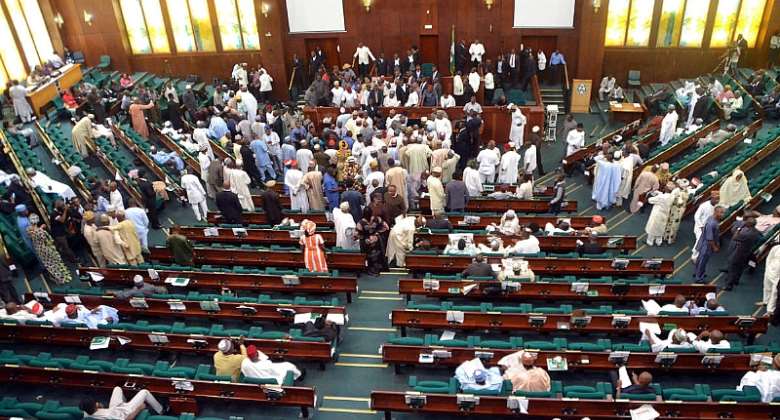 My most recent published article, “Recalling Tai Solarin’s prediction”, which appeared in the first week of this month, ended with a series of questions. I reproduce four of them that are most relevant to this sequel: “Why is it that despite the Nigerian Left’s insistence, at least since 1979, on the inevitability and irreducibility of a Revolutionary Party, the party has not emerged? Why should we find ourselves repeating the same theses and propositions after every bloody and farcical display called “election”? How has Nigeria’s ruling class been able to periodically renew itself, assume new organizational forms and continue its rule? Put differently, why has it not been possible to overthrow Nigeria’s ruling capitalist class, as a class, or dislodge it as the dominant political force?”.

The day after the article appeared, a comrade, Wumi Raji, who is a Leftist academic at the Obafemi Awolowo University (OAU), Ile-Ife, called me on phone. After the usual pleasantries, he respectfully “complained” that my article ended abruptly, that he had expected me to answer or begin to answer the questions I posed. As I was about to suggest a time for us to discuss the answers on phone, he expressed preference for a written response—perhaps a sequel to the previous article. Finally, he “requested” that the sequel should not take too long in coming. When he asked what I thought of his “request” I told him bluntly that I did not understand what he asked me to do as a request, that I understood it as a comradely order which, coming, in particular, from his generation, I could not turn down.

Wumi Raji did not give me any space in our brief telephone conversation to say something that I would have liked to say, namely, that my questions were drafted as open questions to the Nigerian Left. They were not drafted as an introduction to a “lecture” which, perhaps, I was preparing to deliver; nor were they rhetorical questions (which demand no answers) nor exam-type questions (which demand answers from entities that exclude the examiner). In any case, what, practically, should I or could I do now, I asked myself at the end of my discussion with Raji. The answer, which came a day later, was that I could expand the questions and supply explanatory notes to some of them. If I perform these minimum tasks well, I would have begun to contribute to discussions leading to answers.

If the four questions I have reproduced here are combined, they translate to a loud and angry regret that since the end of Nigeria’s Civil War in 1970 and particularly since the 1979 general elections with which the Second Republic (1979-1983) was inaugurated, a sufficiently strong Leftist Revolutionary Party has not emerged in the country to frontally and seriously challenge the ruling capitalist class. This serious and frontal challenge would have been either for power or for the dominant political position in the country or, minimally, for a significant shift in the balance of sociopolitical forces in favour of the working and toiling masses of Nigeria. This regret about what could have happened—but did not, or had not happened—now translates back to a single question, WHY?

In my view, a view shared by many Leftists, the major reasons for the non-emergence of a Revolutionary Party, sufficiently strong to frontally and seriously challenge Nigeria’s ruling capitalist class may be broadly separated into two segments: the objective and the subjective. We may defer the objective reasons. But of the subjective reasons, the most prominent is what I had described as “differences within the Nigerian Left”. (The Guardian, October 4, 2018). This important factor will be our focus in the rest of this piece. It is on account of the differences within the Left that I have insisted, in the last two years, on the production and dissemination of a People’s Manifesto. My reasoning is that in the process of producing and disseminating the People’s Manifesto (The Left platform) the differences that many Leftists presume do not exist, or are not serious, will emerge and be engaged.

It is, of course, expected that the Manifesto—which in the process of production and dissemination will begin to resolve our internal differences—will first appear as a robust draft document that attempts to take precise positions on some critical questions before the masses and the nation. The draft may begin with a Preamble or Introduction: Who we are, what we propose to do, the agency of the revolutionary transformation and the social forces of the transformation. It may then go on to Popular-Democratic Ideas (constitutional and republican democracy, the rule of law, the state and the people, socioeconomic rights, political rights and civil rights). It may then proceed to Strategy of the Revolutionary Transformation; Democratic Governance; Philosophy of Governance and Principles of State Policy; SocioEconomic Restructuring; The National Question, National Unity and GeoPolitical Restructuring; National Independence and Foreign Policy. The document should, of course, end with a Transitional Programme (Immediate Agenda).

My current position on each of these proposed elements of a Peoples Manifesto has been explicit in my published articles of the past two years. But a particular sensitive subject—the National Question—requires further explanatory notes here. Nigerian Leftists, especially Marxists, know or should know that neither theory nor history has resolved what Marxism knows as the National Question—from the standpoint of Marxism. Had it been resolved—even if badly—we could have been more confident to take positions on the tragic things that happened within the leaderships of the ruling communist parties of the former Soviet Union, former Yugoslavia and former Czechoslovakia and to the countries and peoples over whom they ruled for decades. If there were a near-settled Marxist position on the National Question the enduring ethnic question in China (since the 1949 Revolution) would not have remained an embarrassing issue for Marxists and socialists everywhere.

If the history of Marxism had handed us a resolution of the National Question, we would have been bolder in taking positions on what happened between Ethiopian and Eritrean Marxists and Leftists in the last quarter of last century. And coming home, if we had a near-settled theory or if Marxism had substantially advanced the debate on the National Question since the Russian Revolution and the Third International, Nigerian Marxists would today be bolder to take positions on what happened to the Nigerian Marxist Left during the Nigerian Civil War and on the status of current pro-Biafra Nigerian Marxists. I do not know how many living Nigerian Marxists followed and still remember the public “national question” debate between two leading Nigerian Leftist intellectuals: Comrade GG Darah and the late Comrade Yusufu Bala Usman about a decade ago.

Let me end the present piece with the following poser: Before, during and after the Russian Revolution, a Marxist tendency closely connected with Lenin introduced “national oppression” as a “Marxist category, related to class oppression but not identical with or subordinate to it”, whereas in that period, Rosa Luxembourg, who requires no introduction, stood (and still stands) “at the apex of the attempt to make operational the Marxist concept of class as the primary social referent, and to break once and for all the old alternative stranglehold of nation”. From this poser I propose that Nigerian Leftists, especially those of Marxist orientation, should advance the debate on the National Question and Geopolitical Restructuring in Nigeria with the twin-objective of arriving at a common position in Nigeria and simultaneously contributing to the further development of Marxism on this question. This effort will also, simultaneously, advance the process of founding a nationwide Revolutionary Party that is substantial, authoritative and respected.