Majority and Minority Groupings, a Blow to the Constituency and Her Citizens 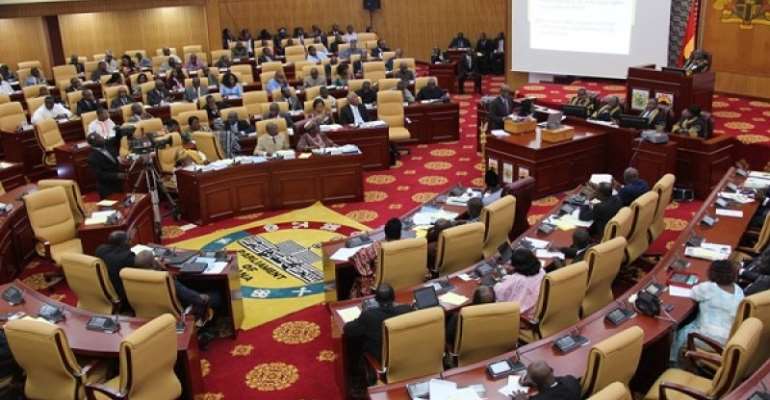 Every four years, citizens of a constituency go to the ballot and elect their constituency representative to the Parliament House. They vote and trust their interest to be represented by their MP at the parliamentary seating.

For years proposals in parliament have been subject to a group strongly opposing to it and the other advocating for it, without the individuals of both groups willing to decipher and understand the proposal at hand. It’s an ‘’all in all out game’’ that has been played for years, MPs’ will sacrifice their democratic right, freedom of speech and the interest of their constituency to support and promote the course of their political party, without yielding to even their own beliefs due to the fear of being sanctioned by the party.

The recent cancelled referendum showed a classic example of a political announcement under-valuing our democracy with Hon. Haruna Iddrissu threatening a sanction to any NDC parliamentarian who will advocate for “YES Vote” against the collective decision of the party. It saddens to witness a man of democratic nation belonging to a democratic party threaten a sanction for practicing democracy.

Clearly he is not the only one; loyalty to a political party has been stronger than loyalty to the people with members of both political parties doing whatever it takes to undermine their opponents. What is so honorable about having the title Hon. when you cannot even honor democracy, the very definition of our country? One should have his values and not let a political party define it for him. At all times you’re a Parliamentarians’ loyalty should lie with his people, putting their interest and welfare first, your nation second and any other thing can follow.

It came to light recently that less than 50 law makers show up at the parliament when is time to make a law. This is less than 20% of the total seats and can still get worse. Why will any MP go to parliament when the decision is already made as a party and no amount of debate can cause sides to change? An MP and Fisheries Minister Hon. Elizabeth Quaye was absent when she was required to answer questions filed by other MPs, I guess no one told her she will be needed on that day.

We cannot be blaming our leaders or the system they’ve adopted; we should advice and try our best as their citizens to help them increase their competency. When we begin to provide the support and be part in contributing to the development of our constituency but not regard our MPs as party representatives, then we will get the best out of them and a desirable community to live in.

Our MPs will be glad to inscribe their names in the constituency history as the most competent leader. But if after showing support your MP refuses to embrace the ‘’competent honor’’ or for some reason you think and believe that your MP will never be competent, then I entreat you to rise up to find a replacement for his position even if it has to be you. Do this not for yourself but for your constituency; they deserve a competent and resultful leader.