A Francophone Message - France Is The Enemy 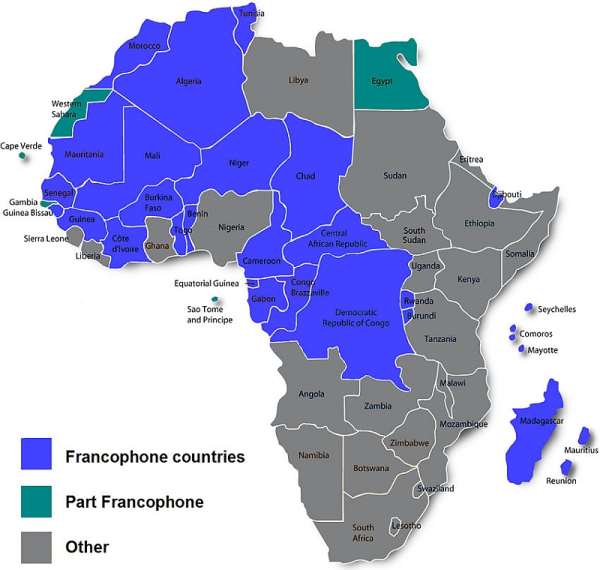 For many years we’ve been living with the illusion of independence, we are described as a sovereign state; a state that manages her own affairs; a state that controls her economic growth and yet we’ve been denied the chance to make our own decisions. We’ve been lied to, the magician has tricked us for year, filling our peoples’ mind with illusions, the illusion of independence while they sit in their rooms and control everything we do.

The thief has stolen from us for years and continues to do so, she has our money sitting in her bank and growing his economy, she harvest the interest on our money and give us nothing in return; absolutely nothing. He invest our money in his country, grows his economy and take food selfies while our children die of hunger, our pregnant women die in labor and when we voice our concerns, they kill and replace our strong leaders with their puppets.

France is a murderer; she has killed over 20 African leaders that stood for the interest of their various African countries. The greedy psychopath has killed, still killing and will continue to kill unless we stop her. She has spilled blood on our soil and is time to return a favor.

The hypocrite France tells the world she takes care of Africa but only loot and kill us. We as Black Africans have to start looking out for each other for we have but only ourselves. The United Nations for centuries has been a gallery to the development of the 3rd world countries. They claim to care for our economic independence but turn a blind eye to the atrocities of France. UN will rather preach the threat of climate change to direct the attention of the world leaders from the threat of France to Africa. UN to the Black African has only been a charity organization like any other NGO’s, feeding and providing healthcare for the people in the war zone; the same war fueled by France.

I entreat you to beware of their tactics, using the interest on our money to finance coupe d’état and ending the reign of our great leaders. They finance rebels so we can cry for their help and see them as relevant. France has been the enemy for Africa development for centuries and is time to end negotiating with the enemy. Is time for Black Africa to unite against the hawk that steals our chicks; is time to unite and fight for what is ours.

Mothers, fathers and siblings, lets unite and fight for what is ours, fight for our money, fight for our economic independence, fight to protect our democracy. Let’s join hands and unite against the common enemy. France is the enemy!!