The State Of The Ghanaian Child: One Generation After Adoption Of The UN Convention On The Rights Of The Child 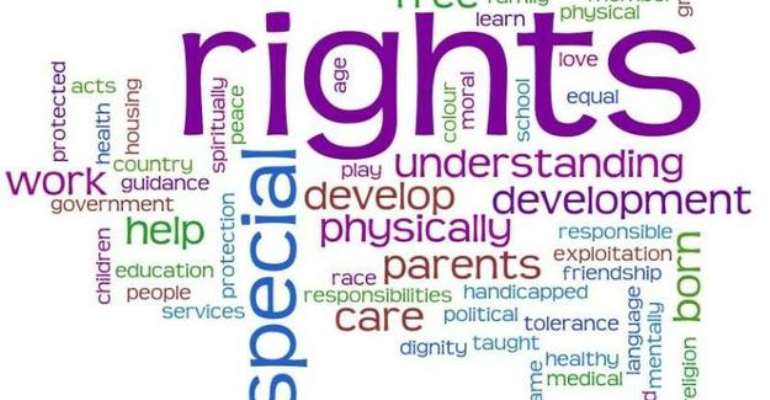 Almost thirty years ago, on 29th January 1990, Ghana signed the international Convention on the Rights of the Child. The treaty, constituting a set of fifty-four (54) Articles, was adopted by the United Nations on 20th November 1989. One week after signing, 5th February 1990, we became the first country in the world to ratify this very important international instrument: declaring our strong interest to ensure that the provisions of this eminent global yardstick would be translated into practical country-level actions that would transform the child of the day into a well-equipped adult of the future; and to potentially lead by example the rest of Africa and the world to promote the wellbeing of children everywhere. Now, after thirty years of effort, we have opportunity to review reality and reconstruct the future we desire.

Where are the children of the last generation?

Today, the oldest children of 1989 are forty-seven and the youngest are now thirty years, given that the Convention generally defined a child as “every human being below the age of eighteen years”. This age cohort, 30-47 years, is the current epitome of our national work force. It is a safe guess, given the high unemployment rate, that many of the “Convention Children” are today without good jobs. The average 30-year-old Ghanaian is not likely to be a University graduate with a well-earning job and a good-to-do family. There are many reasons for this. First of all, we do not even have adequate and appropriate national data that targets and tracks such useful trends to find out how age transitions of the various life cycle groups affects wellbeing. The alignment of our data collecting schemes should be enhanced to, in particular, provide targeted data for children’s policies. The current age-group analysis of the last population census by the Ghana Statistical Service (GSS), did not clearly show the proportion of the population below eighteen years, although it provides the proportion below nineteen years as 48.9%. In planning the next census, GSS should endeavor to provide this vital information. Second, our economy does not create enough sustainable jobs. Many young people have no secured jobs. Many, even if they had “good” education, are hopping and hanging around technology services, especially telecom, instead of skill-based manufacturing jobs. But we all know an economy with a fast-growing service industry not founded on manufacturing is at best a perpetual bubble, if at all sustainable. Many of the children of the 1990s are now locked up in poverty-choked urban slums, daring and dying across deserts and seas to Europe, left to rot in poor rural cultures or settled for less in low-earning occupations of an inundated informal economy that leaves our dear country still in the abyss of mediocrity in spite of enviable potential.

According to the MICS report, about one in every five children 2-17 years have a functioning difficulty such as seeing hearing, walking, communication, learning, playing and controlling behavior. This is quite disturbing. It means that 20 per cent of our children are likely to have challenges that mitigate their full enjoyment of life. Why is this the case? What do we have to do to address this serious problem? The report further explains that these functional difficulties are more prevalent in the 5-17 years’ age group when compared to children 2-4 years. This may imply many of these functional difficulties are acquired after age 5 years. We have to improve the capacity of parents and care givers to protect our children from acquired disability. This calls for innovative measures that penetrate our informal social structures to target hard-to-reach families. The report indicates the highest proportions of children with functioning difficulties were found in Volta, Eastern and Upper West regions while the least were reported from Northern and Greater Accra regions. The report further noted that Children with disabilities are among the most marginalized groups in society. They are shown unhealthy attitudes and despised by their peers and others in society. Often they are neglected and left to fend for themselves, with care. This is sad and unacceptable. We need to develop adequate policies and implement practically relevant programmes for them. Our legal provisions for such children must be mixed up in general disability laws as children are particularly more vulnerable and require special attention. As it is now, according to the report, “children with disabilities are effectively barred from realizing their rights to health, education, and even survival”. They “are often likely to be among the poorest members of the population and are less likely to attend school, access medical services, or have their voices heard in society”.