Democracy Assassinated On The Banks Of The Thames 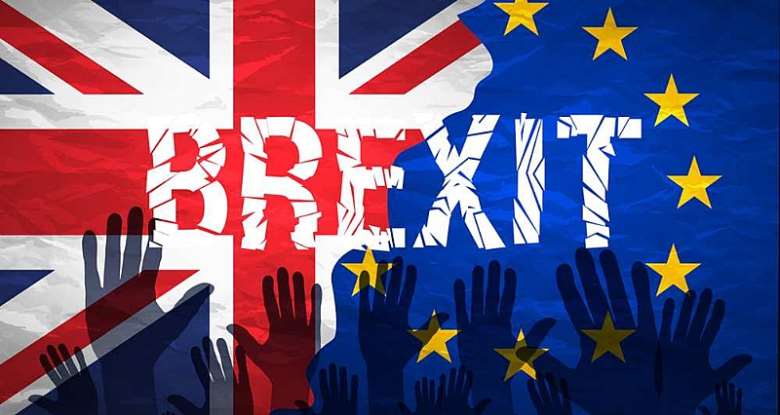 If anybody had made a whiff on the integrity of the British parliament before the 2016 referendum, I wouldn’t have just gone up in arms, it would have been a scorched earth onslaught to defend the mother of all parliaments. However, almost three and a half years on after that faithful plebiscite, I am not so sure if I can lose a whisker to defend that hallowed chambers on the banks of the River Thames. The question is how did three and a half years of British politics managed to erect this huge wall between me and the cradle of modern democracy. This sad story can be traced to just after the Second World War.

The upset after the defeat of Churchill in the 1945 polls legitimised Labour’s mantra of establishing a new Jerusalem in Britain. The new government headed by Atlee, filled with huge dose of can-do attitude, set out to transform Britain. After all, they stood alone against the fearful war juggernaut of Hitler for a while, until with the help of the Americans they defeated the invincible Wehrmacht. This incredible achievement was the catalyst that propelled them to nationalise all the jewels in the British industrial establishment. Within a quarter of a century, the industries that backed the British Army to defeat Hitler was gasping for air. Literally, Britain was clutching at straws to survive. In 1973, based on the ideology of anything but the status quo, the Conservative Heath government dragged Britain into the EEC though the then Common Agriculture Policy was a huge sticking sore thumb to even the Labour Party. Joining the EEC was a controversial issue even in the 70s. The Labour government in 1975 put it to the electorates for a decision on the way forward. Strangely, Margaret Thatcher of blessed memory campaigned to join it. However, by the mid-80s, the EEC has morphed into a political union, forcing the Iron Lady into the opposite camp defined by her famous NO! NO! NO! swipe at the EU in parliament not too long before she was ousted from office.

In preparation for the creation of the Euro currency, the EEC established the Exchange Rate Mechanism in 1979 to manage the various national currencies to converge. It was an idea that was vehemently opposed by Thatcher who was only interested in an economic cooperation when she campaigned to join in 1975. Unfortunately, there were a lot of big beast in her cabinet who were staunch Europhiles, notable among them Geoffrey Howe and Nigel Lawson. She resisted Howe’s initial onslaught and she replaced him with Lawson. However, Lawson resigned on the same issue and the Iron Lady thought John Major was a better choice to take over. Unfortunately, he was cut from the same cloth as his predecessors. The pressure didn’t relent. Major continued to pile it up and Lady Maggie succumbed paving the way for the UK to join the ERM in October 1990 reluctantly. In less than two years UK left the ERM like a whipped dog at a painful price which left a bitter taste in the mouth of a lot of Conservative MPs and members. This bitterness will come to haunt the person who took over from the no nonsense lady.

The irony about the Brexit debate is that the Remainers doom and gloom tactics was a recycling of the argument leading to the ERM. Sadly, the same tripe was repeated in the debate leading to the launch of the Euro currency, however, Gordon Brown coming from the old guard of the Labour scepticism about Europe persuaded his colleagues against joining the EU currency. In less than a decade, the whole country breathed a sigh of relief for that faithful decision. On the other hand, the damage of the ERM fiasco in 1992 divided the Conservatives and crushed their economic invincibility and they were humiliated in 1997 polls. A lot of the rank and file of Conservative members saw Europe as an existential threat. One of the main reasons for the shameful electoral debacle was that the party was led by an arch Europhile. This created mammoth division at the top echelons of the party and the grassroot members stopped knocking on doors. Eventually, the EU problem had to be resolved once and for all as a party. In 2010, the Conservatives led by Cameron managed to limp over the line to form a coalition with the Liberal Democrats after thirteen years out of office. For his sound management of the economy, he was re-elected with a clear majority after a manifesto commitment to put the EU membership to a referendum to either leave or remain. The arm twisting that was applied against Thatcher behind closed doors in 1990 and project fear in the lead to 1999 Euro currency against the whole country was repackaged and sold for the third time. Yet, the country voted overwhelmingly to leave the European Union to the consternation of elite Remainers. It was a shocking outcome because the Remainers thought they had it in the bag. Cameron and his Chancellor of the Exchequer never expected the vote to go the other way and for that reason did not make any preparation to leave and the Remainers pounced. Cameron quickly resigned and bizarrely was replaced by Theresa May who voted to stay in Europe. And I believe it was the biggest mistake the Conservatives made and also, May, for putting up herself for the position when she knew her heart was not in the camp of the leavers. Initially, the Remainers were stunned and did not know what to do, but they had their voice back in one barrister called Gina Miller who took May’s government to court to allow parliament to have a say in the course of the negotiation and later to dictate. As they got their mojo back, all kinds of reason were proffered to explain why Britain voted to leave. First, the British population was too stupid to understand what they were voting for and then they were lied to. When all that failed, project fear moved gears to turbo charge with all ridiculous reasons why Britain should not leave the EU and if at all she should leave with a deal at all cost. It was jaw dropping moment for me, and, of course, the weirdest position ever to have in any negotiation and for it to have come from the mother of all parliament was when the scales fell off my eyes. Britain leaving the EU is an existential threat to the EU bureaucrats. There is no way in a million years will they ever allow that to happen if they should have their way. And this position was taken in the backdrop of all the major parties campaigning on a manifesto to deliver Brexit.

The position the Remainers took is akin to some kind of third world country negotiating for an economic relief after a terrible natural disaster. It is classical nonsense to enter into a negotiation of any kind while destroying your biggest trump card – the right to walk away. The terms of the deal will not be mutual; it will be a dictated settlement if a partner insist on a deal regardless. Kwasi Kwarteng, a Conservative member of parliament for Spelthorne said on the BBC flagship current affairs programme, Question Time, that democracy works with the consent of the losers. The Remainers in the mother of all parliament who should have dressed their wounds and help the Leavers to strike a Deal have wilfully conspired with the EU to murder democracy on the banks of the Thames. In the Akan dialect there is a saying that when you are devouring the fingers of a monkey take a pause and look at your own. Today the Remainers refuse to concede defeat and resorting to technicalities and the courts to overturn the will of the people. What will happen if tomorrow Jeremy Corbyn wins the general election and some die-hard Conservatives decides that the results was incorrect because the voters were lied to. What then? The next election will be successful if those who lose consent to their loss, else we will find ourselves in a pickle. On what moral pedestal is Britain going to occupy to pontificate to other Third World countries struggling with democracy. The Westminster parliament has not done themselves any favours with their anti-Brexit grandstanding. This is none other than a coup d’état by other means.