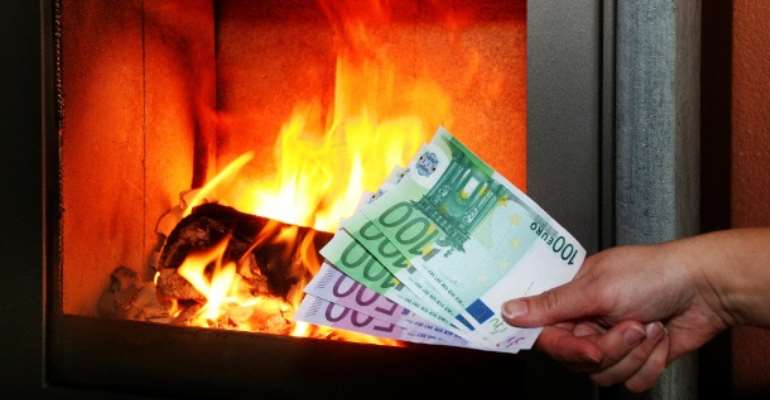 Money on fire In Arnsberg-Germany, a man accidentally burned his friend's savings.

In Germany, the Arnsberg Regional Court has dismissed a claim for damages. A man had hidden his savings in a special hiding place. When his buddy turned on the heating, his money was nothing but ashes.

A workshop owner claims to have hidden all his savings in a boiler. His friend turned on the heating and turned almost 540,000 euros into ashes. The judges of the Arnsberg District Court dismissed the man's claim for damages. According to a court speaker the judgement felt already on 13 September, a report of the "picture" newspaper made it well-known.

No one could have known that there is money hidden there

According to the spokesman, the incident is said to have occurred at the turn of the year 2014/2015 in the town Soest. The owner of a workshop had asked a friend to check on things during his two-week vacation. The friend testified in court that it had been cold in the workshop, so he turned on the heating. The workshop owner, on the other hand, claimed that he had hidden all his savings in the boiler. He had previously dismantled the system. But the plaintiff's friend had reassembled it.

When the workshop owner came home, almost everything was ashes. He had been able to reconstruct 20,000 euros via the Federal bank. He now wanted to get 520,000 euros back from the acquaintance whom he had terminated his friendship with.

According to the court, the ex-boyfriend turned on the heat. The sum of 540,000 euros was also assumed to be "true". But the judges explained that nobody could have thought of anyone hiding money in the heater and dismissed the lawsuit. The workshop owner can still appeal, the deadline expires in a few days, according to the court.