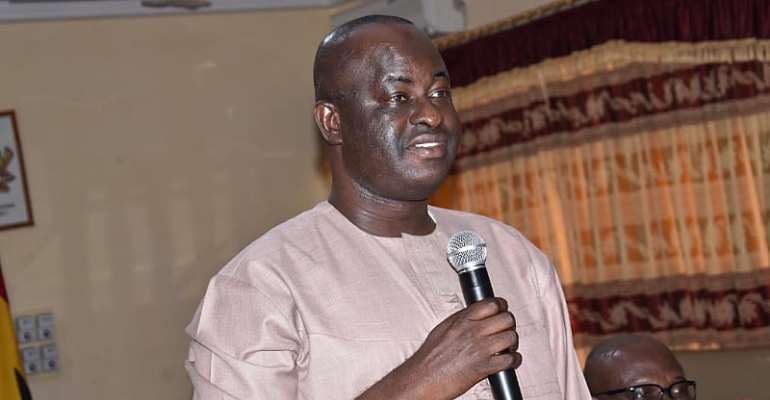 He said in cases where they accepted postings to the region, they were unwilling to work at the district level but rather prefer to be in the regional capital, Wa or other developed districts.

Speaking at a debriefing exercise in Wa organised by students of the Ghana Armed Force Staff College, Junior Division, Dr Bin Salih said, the situation was more worrying as other government officials including medical doctors refuse posting to the region.

The debriefing exercise was on a research findings conducted by the students on the menace of illegal logging of rosewood, smuggling of fertilizers, use of tricycles popularly known as "yellow yellow" as means of transport and high way robbery in the Upper West Region.

It was attended by Heads of Departments and Agencies, and some personnel of the security agencies.

“That is not particular to the police, it is just a general phenomenon where workers refuse posting to the regions. In preference is always Accra, Kumasi, Takoradi, Sunyani and maybe Tamale”, Dr Bin Salih noted.

He, thus, called on stakeholders to put all hands on the deck to nip the canker in the bud for rapid and sustainable development of the region.

The Regional Minister stated that he was following up on the Minister of Interior in relation to some 208 police official who were said to have been posted to the region but had not yet reported.

In his presentation on the findings of the research, a member of the team, Major Prince Amoah explained that in spite of the ban on rosewood logging in the country, there was still issuance of conveyance permit which encouraged the perpetrators of the menace to continue in the act.

Other factors inhibiting the fight against the illegal rosewood felling he identified included inadequate human resources and logistics for the forest commission to work as well as weak collaboration of stakeholders.

The study, which started on September 22, 2019, was conducted in the Wa West and Nadowli/Kaleo Districts as well as the Lawra, Sissala East and Wa Municipals.