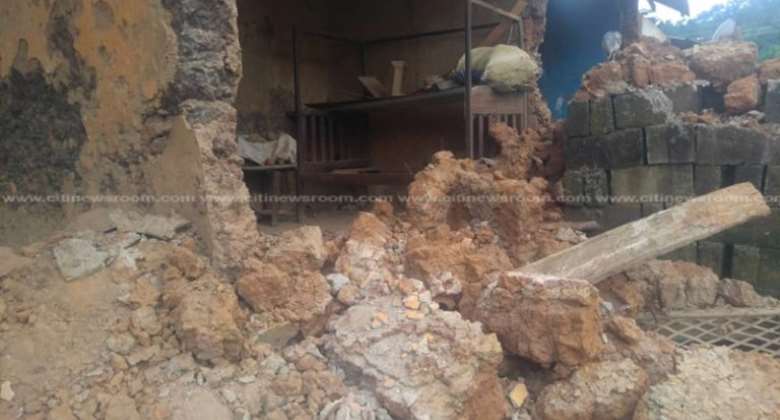 Two people are reported dead and others six injured after a new school building block for the Dzorwulu Primary and JHS School collapsed on them.

The Senior Officer for the Urban Search Rescue Team at NADMO, Yaw Kiatchery told Citi News that the entire structure will be pulled down to prevent a similar occurrence in the future.

“Six people were retrieved and sent to the hospital. The seventh one died on the way and the eighth one died here so looking at the structure and the cracks that have developed into the structure there is no way we can leave the structure standing.”