Duncan-Williams Could Only Have Been Talking About NDC 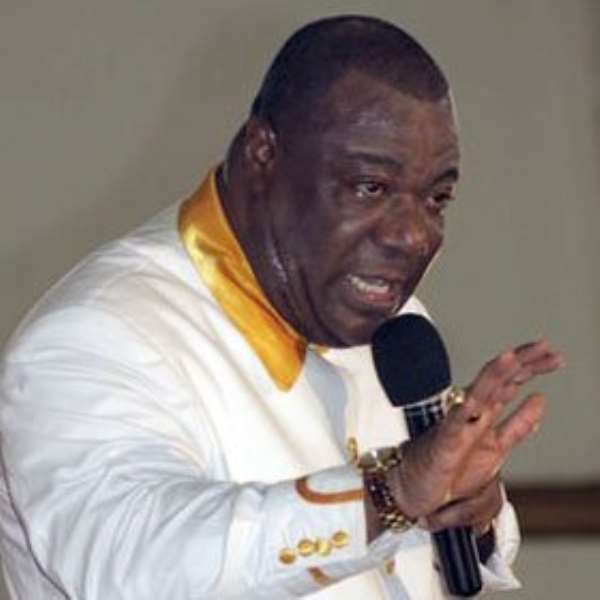 During one of his sermons, recently, famed cleric Archbishop Nicholas Duncan-Williams, of Action Chapel International, was reported to have decried the deliberate killing of privately owned Ghanaian businesses by successive governments in favor of foreign-owned businesses in the country (See “Our Gov’ts Always Hounding, Killing Private Ghanaian Businesses in Favor of Foreigners – Duncan-Williams” Classfmonline.com / Ghanaweb.com 9/1/19). This unenlightened official practice of economic nihilism has been dubbed “The Politics of Envy.” The history of this barbarous economic policy is as old as the Modern State of Ghana itself and may very well have been initiated by the Kwame Nkrumah-led government of the Convention People’s Party (CPP) as far back as 1957, or even during the transitional period between 1951 and 1957.

In the main, the politics of envy has been most infamously or viciously practiced or doggedly pursued by populist and faux-socialist regimes, notably the Jerry John Rawlings-led erstwhile Provisional National Defense Council (PNDC) junta; and in our time, the Rawlings-founded and John Dramani Mahama-led National Democratic Congress (NDC), a kleptocratic political machine whose sole objective appears to be the brazen seizure, privatization and unconscionable appropriation of state-owned real-estate properties and publicly owned enterprises by the leaders of the NDC and before the latter, the Rawlings-owned and incorporated Provisional National Defense Council. This is clearly what Archbishop Duncan-Williams was talking about, so I am quite a bit at a loss as to why the leader and founder of Action Chapel International could not boldly and frankly call out the specific names of the practitioners of this regressive brand of political and ideological barbarism.

Indeed, it was in unmistakable pursuit of this ideology that a newly defeated President John Dramani Mahama demanded to be gifted the official residence of the Vice-President of Ghana as a parting gift, in the wake of his massive loss of the 2016 Presidential Election. It took the fierce fighting of some of us in the media to let the most incompetent postcolonial Ghanaian leader, in the words of former President Rawlings, to come to the sobering realization that there was absolutely no way for him to so cavalierly privilege his personal desires and wants over and above the sacred necessity for the preservation of the country’s heritage or patrimony.

It is also quite obvious that in hinting at the fact of the systematic persecution of private entrepreneurs like Mr. Siaw Agyepong, owner of the Zoomlion sanitation company, that Archbishop Duncan-Williams was directly pointing an accusatory finger at the key operatives of the National Democratic Congress, in particular, and not the Akufo-Addo-led government of the New Patriotic Party, which has actually come under blistering attack for not hawkishly and destructively going after the Jospong Group for allegedly being guilty of wanton labor exploitation and the deliberate and perennial bilking of the Ghanaian taxpayer by the rented press of the National Democratic Congress.

We also need to underscore the indisputable fact that it was the Rawlings-led erstwhile faux-socialist Provisional National Defense Council that totally dismantled the Nkrumah-established Ghana Industrial Holdings Corporation (GIHOC), the seminal industrial base of the country which, by the way, was ironically established by a socialist-oriented Convention People’s Party government. Indeed, Archbishop Duncan-Williams may be inalienably and constitutionally entitled to his own peculiar brand of critical and ideological neutrality. What he definitely has absolutely no right or entitlement to is to cavalierly pretend as if when it comes to the protection of Ghanaian-owned businesses, both the operatives of the ruling New Patriotic Party and the main opposition National Democratic Congress have invariably and doggedly pursued an indistinguishably nihilistic or self-destructive policy agenda. No such narrative could be farther from the truth and the reality.