Who Controls The Nuisance On Our Televisions 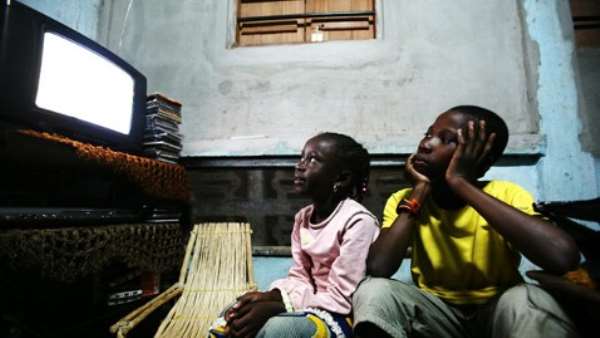 Growing up, much of what we used not to see is what we are seeing today which is driving the God fearing, matured and the elderly insane, because they were unacceptable in their time. Of course how can they understand these youth of today with this zeal of achieving everything at a spot, intoxicated with affluent living and do not take thought of what to do to acquire wealth. I must admit it is not all of them but a greater number of them are being affected by what is being shown on our televisions everyday.

Social media has added its contribution which we are all aware of the positives and negatives. Among the negatives are the indecent exposures with those involved nicknamed slay queens. What I ask readers and myself is whether this growing trend of display of nudity has now been accepted as part of our rich and astute customs and tradition entrusted into our hands by our predecessors.

Putting that aside though also equally important, the question of who controls what is aired on our televisions sets in. We are baffled everyday and quite overwhelmed by the unending serial display of occultism and rituals for affluent lives for the youth and other age category on our televisions sets every day, I am particularly baffled because it used not to be the practice and these were things which were carried out at remote or unseen places some years in history but has now taken over our televisions channels all over.

These act of moral turpitude should be curtailed. There is no more scepticism in displaying what is accepted and what is not or even what to display during the day or night and irrespective of whether children may be watching during daytime or not. If there is increasing crime, people murdering people for rituals, and other vices is because there is increasing exposure of our children and the youth to this outbreak. The laws of this country regarding content telecasting if any is lacking enforcement to control these numerous television stations that are involved in this act.

This problem gained roots by the proliferation of all churches manned by so called fake pastors who have deviated from Biblical principles and are engaged in this same rituals everyday on television sets across the country. Unregistered and scrupulous people calling themselves herbalist, with all sort of medicines on display. Their victims have ended up with liver failure, renal failure etc. I am not against any profession because I have better knowledge about traditional medicine and acknowledges it has its benefits but only raising a concern about the fake ones among them. The social and moral values of this country is being pulled down the drain. How long can we last in this current behaviors before we hand over this country to the next generation.

Finally to the regulators, National Communication Authority (NCA), name the rest, what are you doing about this menace, how are you regulating the numbers of these television stations that are engaged in these act and what are you doing about content telecasting? The people involved have acquired such stations and are using it for their personal monetary gains. If they are allowed to telecast or air anything then I am afraid very soon others would not mind to telecast ponography on a broad day light.

I will be very astonished if readers would say they have not seen or come across these frightening scenes on our televisions. Ask me which one and I will tell you the uncountable numbers of these television stations managed by these satellite operators having live telecast of fetish priest and priestesses displaying occultism and rituals for quick money, lotto numbers, etc on their channels everyday.

If these television stations no longer care about what they are airing then I am afraid for the future generation because they (children and the youth) are disillusioned by the reality of life and eventually a greater number of them will be involved in vices to get requirements for quick money (sika aduro). God save us. Thank you.