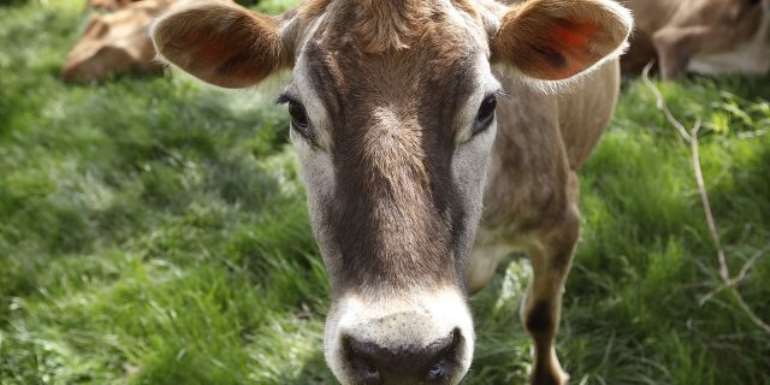 Do you know that cats and dogs, can congregate human beings of various climes? Yes, the two animals draw attention of communities than the gong-gong beater.

This is how come.
The meat of these animals, not universally classified as food though, but relished as mouth-watering cuisine, perhaps a passion, has come to stay, as socio-cultural gourmets recreation to some people and tribes in the country, Ghana.

Yes they are categorised as pets, but savored by their owners for their sumptuous meat.

In fact, in many homes and especially security barracks, no weekend passes without communal feasting and merrymaking on cat or dog meat, with some chop bars well-designated for daily cuisines.

Cats, affectionately called “Joseph” by the people of the Volta region, the connoisseurs, and its canine brother, dog, referred to by the Dagarti and Frafra people in northern Ghana in their Dagare and Grune languages, as “Baah” respectively, have had their meat become a rallying point for merriment, socialization and cultural bonding.

In some instances, such platforms are used for the pacification and the administration of communal communion.

Some tribes award puppies as prizes for excellence in competitions. Perhaps it is to show the importance of pets to the human race, but I believe the basis of the practice is motivated by salivation.

Indeed, in the shadow of sumptuous delicacies and socialization engendered by cat and dog meat and ‘fragrance,’ lurk a gargantuan public health predicament and a looming threat to human life. “Fragrance” in Hong Kong is dog meat.

The bombshell is that cats, dogs and cattle are becoming huge reservoirs from where the dreaded Animal Tuberculosis (TB) affects the human race.

Animal TB (termed zoonotic TB) poses a greater threat to human health and the economy than previously thought, according to a report published in the medical journal, “The Lancet Infectious Diseases” recently.

Animals like cats, ferrets, lions and cows can carry TB and pass it onto humans.

“This is the first time veterinary scientists, along with leaders of major global health and agriculture agencies have come together to call for a coordinated international response to zoonotic TB,” said Colorado State University’s Dr Francisco Olea-Popelka, lead author of the Lancet report.

Airborne Disease
“Also unlike conventional TB, which is airborne and transmits from person-to-person, zoonotic TB originates first from animals and then spreads from food supplies to people (often through unpasteurized milk and cheese) or through direct contact with animals (usually domestic livestock),” said the Union in a statement.

This is the first time veterinary scientists, along with leaders of major global health and agricultural agencies, have come together to call for a coordinated international response to zoonotic TB.

The disease, which is considered to be under-reported, is estimated to affect over a million people during the next decade, according to the World Health Organisation (WHO).

But the report authors said the scale is likely under-estimated due to a lack of data and are calling on “TB stakeholders” and national governments to increase surveillance of the disease to properly estimate its effect on humans.

NEW DISEASE
Dr Paula Fujiwara, scientific Director of the Union, said that with 9-million people contracting TB globally every year, “even relatively low percentages of zoonotic TB lead to large numbers of people suffering from this form of the disease”.

“People living with zoonotic TB require specialized care, but in the vast majority of cases, they are not even adequately diagnosed,” she said.

Livestock infected with the disease are typically slaughtered which, the Lancet authors said, can lead to potentially devastating financial losses for agricultural sectors-particularly in low- and middle-income countries, including Ghana.

Earlier, this year Stellenbosch University researchers revealed that zoonotic TB had been found in a range of animals in the Kruger National Park including lions, cheetahs, wild dogs and rhinos. The University has developed a specific test to make wild-life easier to diagnose so they can be isolated and traced.

Researchers are especially concerned about the disease, as it is naturally resistant to pyrazinaminde-one of the standard anti-TB drugs used in human treatment.

DRUG RESISTANT TB
According to the WHO, South Africa has one of the highest global burdens of drug-resistant TB with over 18,000 cases diagnosed in 2014 alone.

Dr Olea-Popelka said “Not all TB is the same, and the evidence points to zoonotic TB being far more common than previously recognised.

“We are calling for a coordinated response that addresses human, animal and agricultural concerns at a scale proportionate to the challenge”, Olea-Popelka stated.

Mr Emmanuel Ametefe, Public Health Officer of the Veterinary Services Department at the Ho Slaughter house said cattle TB manifest in two kinds, localized and generalized, (miliary), depending on the spread of the disease in an organ.

He explained that localized infection only limits itself to the lungs of an infected animal with the generalized one spreading across major organs, which leaves the only option to veterinary officials at slaughter houses to condemn infested carcasses to burning in the absence of incinerators, as a means of disposal.

“Adequate means of disposal is necessary to prevent consumption of the carcass by cats, dogs, vultures as safeguards for contamination of water sources and eventually poisoning of the food chain,” he stated.

Mr Ametefe suspects drinking fresh cattle milk could be a source of infection of the disease from animal-to-man and insisted that the harvested milk be pasteurized before consumption.

Dr Shittu Mohammed, Volta Regional Veterinary Officer said unlike cattle, cats and dogs are not inspected by veterinary officials before they are killed and therefore presents a huge task to track this diseases. That situation underlines the seriousness of the threat.

He said records are unavailable and the peculiar signs or characteristics (pathognomonic) disease manifestation are not known, compounding the threat of canine TB to humans.

Dr Mohammed said since zoonotic TB is airborne and these pets association with humans is so communal, there could be some transmission of bacteria and therefore called for increased public awareness regimes on the consumption of cats and dogs.

Dr Bashiru Boi Kikimoto, Head of Public Health and Food Safety Division of the Veterinary Services said 183 cases of Bovine (Cattle) TB was recorded at the 328 slaughter facilities and slabs in 2016 throughout the country but records relating to cats and dogs are unavailable.

He believes the disease may spread from the source of drinking water and sneezing adding that “TB affects warm-blooded animals like jackals, wartocks, wolves and hyenas but we have not been able to isolate any domestic animal apart from chicken in the laboratory.”

“Only 32 certified practicing veterinary doctors are available in the country, says Dr Jonathan Amakye-Anim, Chairman of the Veterinary Council that “Ideally 200 practitioners were needed to enhance effective veterinary care to benefit the nation.”

This collaboration gave birth to training programmes for butchers at the various abattoirs throughout the country, and that the major problem being “People who kill cattle outside the abattoirs.”

The National TB Control Programme Head said one intervention targeted at screening at the ranches dubbed “Test and slaughter” regime is being hampered because of lack of compensation schemes as in the case of the bird flu, swine fever and swollen shoot diseases, with farmers objecting to the destruction of diseased cattle.

Dr Bonsu cautioned consumers of cats and dogs to handle the meat properly especially, when the animals exhibit some degree of coughing, which may be channels of infection (aerosol) that manifest as droplets could be dangerous.

He said the country was detecting between 14,000-15,000 TB cases annually from its estimate of 44,000 per year, leaving much room for improvement.

On disease incidence, Alhaji Adamu Kuri, a Ho-based cattle owner of over 60 years’ experience, in ranching disclosed that he could spot or detect diseases including cattle TB, which are real, among his herd, following from his long association with the animals.

He said the telepathy is such that he could know the sex of a carcass either as fresh meat or cooked commending the veterinary officials for their professionalism and high integrity, which had safeguarded the industry in the Ho Municipality.

Scores of partakers of cat and dog meat, however, are ignorant or unperturbed by the public health discovery or concerns, stating there was no substitute for the meats of these domestic animals.

It is certainly the situation of gourmets craving or craze against good judgment.

Perhaps this gives credence to the request for a dog meat processing factory as part of government’s one-district-one factory social intervention strategy in a certain part of Ghana.