My Thoughts On Jomo Kenyatta, The Father Of Kenya’s Independence 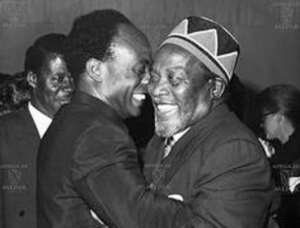 Africa, the continent often referred to as ‘The Dark Continent,’ in terms of colour, has an intriguing but sad history of slavery, colonialism, and Apartheid. For Africa to enjoy a little freedom, great men we called ‘Fathers of the fatherland,’ tirelessly fought to liberate the continent from the yoke of colonialism.

In Ghana, was Kwame Nkrumah, in Tanzania was Julius Nyerere and in Kenya was Jomo Kenyatta. With respect for these leaders who fought to lead their people to independence, giving us joy and victory, I tried to find out who was really the man called Jomo Kenyatta, alias ‘The Burning Spear.’

According to an online history about the father of Kenya, which I read recently, he was asked about the year he was born but couldn’t give the accurate year.

His father was a leader of a small tribe, known as the Kikuyu, mainly associated with agriculture. About the age of 10, Kamau became seriously sick and he underwent successful surgery at a newly established Church of Scotland mission and also studied at the Church of Scotland Mission Schools.

In Nairobi, he married in 1920 and worked for the water services. In 1924, he joined the Kikuyu Central Association.

In 1928, he wrote the body of fundamental principles of the party because of his experience as a writer and speaker. The KCA sends him to England to defend the interests of the property of the Kikuyu.

After a short stay in Moscow to study economics, he returns to London where he continues his studies of social anthropology at the university.

In 1938 he published his remarkable thesis with the title: "At the foot of Mount Kenya" under his new pseudonym Jomo Kenyatta. During the Second World War, he worked on a farm in Sussex to escape the mobilization of the English army.

After his second marriage, he returns to Kenya where he becomes General Secretary of the Kanu (The Kenya African National Union), who campaigned for the independence of Kenya.

After the 5th Pan-African Congress, held in Manchester, 1945, he had been confronted with a national movement of the Kikuyu, the Mau-mau, led by young people who wanted to use violence earlier.

He cooperates with them in the context of the Kenya African Union, yet, without the support of the general uprising, he was accused by the British of supporting the Mau-mau movement and was sentenced to 7 years imprisonment together with his colleague, Daniel Arap Moi. They were both released in 1961.

Two years later, The Kenya African National Union, won the elections and Kenyatta became prime minister on June 1, 1963. Later he gave a speech to proclaim the colonials that they may remain in Kenya in complete safety and he asks the residents to forgive them, but not to forget.

That was a big surprise for the Colonials, who thought Kenyatta would take revenge.

The situation after independence changed slightly. The image of Jomo Kenyatta, the new president, took the place of the image of Queen Elizabeth that hung everywhere, especially the shops. Some schools were built and some were renamed.

The state received huge sums of foreign aid most of which ended up in the pockets of the politicians, which some of them were later assassinated. Kenyatta remained the first president of the republic until his death in 1978 and was succeeded by his friend Daniel Arap Moi until 2002. 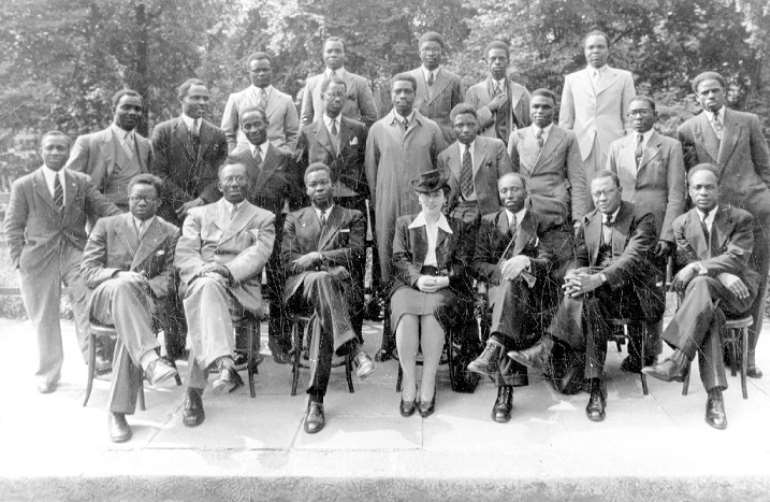 Image of the 5th Pan-African Congress in Manchester, 1945

Many may like to know why Kamau wa Ngenge became Jomo Kenyatta? Aim, vision, and knowledge are acquired when one is young and it seems Kamau had it all. While a young man working as a junior civil servant in the Water Department, he changed his name to Jomo Kenyatta.

The name has different meanings, ‘Jomo,’ a Swahili word meaning 'The Jungle,' while 'Mkuki wa moto,' also means burning spear or the spear of fire. ‘Kenyatta,’ was derived from a coloured beaded belt, which he often used as a young man.