UDS Navrongo Campus Should Be Renamed After Lawrence Rosario Abavana And Not C.K. Tedam 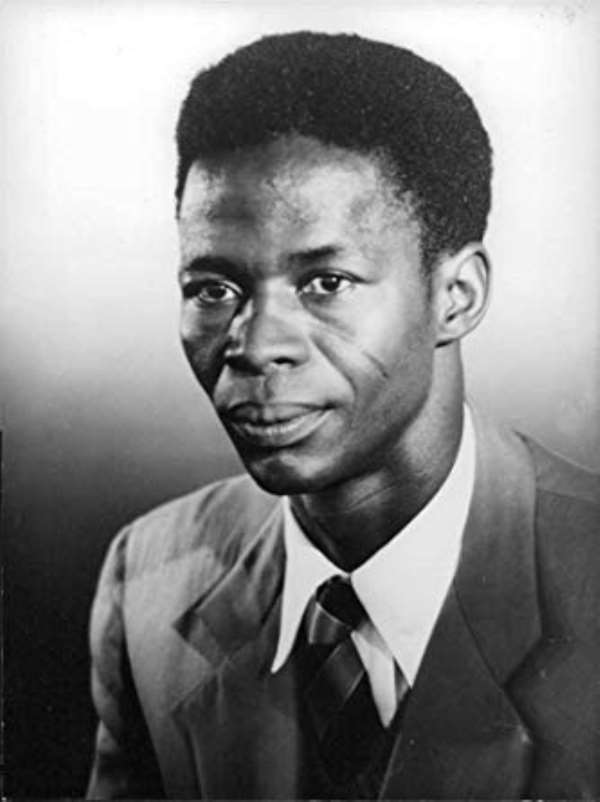 On the 22rd of June 2019, President Nana Akuffo-Addo sent tongues wagging when he announced at the state funeral of late C.K. Tedam, that the University for Development Studies-Navrongo campus will be renamed ''C.K.Tedem University for Technology and Applied Science'' after Parliamentary approval.

So I decided to do some background checks on C.K. Tedam, his contributions to the socio-economic development of Ghana, Northern Ghana and specifically his home Region and home town (Paga), and how he has distinguished himself in the political history of Ghana to deserve this honor.

C.K. Tedem was a Politician and a Teacher. He first got elected to Parliament as an Independent Candidate in 1954. He was a founding member of the Northern Peoples Party, on which ticket he stood and won another election to go to Parliament in 1956. He served as a Minister for Local Government during the regime of the Supreme Military Council.

C.K. Tedam was a member of the Council of State during the regime of President John Kufour. He became the Chairman of the New Patriotic Party’s Council of Elders when the NPP went into opposition after 2008, and remained in that role untill his death. President Akufo-Addo is reported to have said that he foiled efforts by internal elements to disunite the NPP in 2015.

Unfortunately, these are the few things that can be said about C.K. Tedam as his major contributions to the development of Ghana and the Upper East Region.

The sagas have it that a Nation that does not honor it’s heroes and heroines is not worth dying for, but with regard to these scanty contributions to the development of Ghana and the Upper East Region, C.K. Tedam does not deserve to be immortalized by renaming a Public University in Ghana after him. I contend that there are other illustrious sons of the region whose socio-economic contributions to the development Ghana span from pre-independence to independent Ghana, and have also distinguished themselves in the political history of Ghana.

However, if there is a public University in Northern Ghana or Upper East that should be renamed after a personality, that personality should be Lawrence Rosario Abavana of Navrongo.

L. R. Abavana was a Politician and a Teacher, born in 1920 at Navrongo. He served in various Ministerial portfolios in the first Republic and also served as a member of the Council of State in the Third Republic.

Lawrence Rosario Abavana was elected as a Member of the National Legislative Assembly of the Gold Coast in 1951 when Kwame Nkrumah was the Leader of Government Business to represent Kassena-Nankena South, under the ticket of the Convention Peoples Party. In that same year, he was appointed Ministerial Secretary to the Minister of Communication and Works. In 1954, he was reelected by defeating

J. E. Sayire of the Northern Peoples Party to retain his seat as a member of the Legislative Assembly. He became Ministerial Secretary to the Minister of Agriculture that same year. In 1956, he was appointed as Minister for Agriculture.

As Minister for Information and Broadcasting, he led the Ghana delegation to the Commonwealth African Countries, London in July 1963. He served as the Minister of Health for the second occasion from 1963 to January 1964. As Minister for Health, he led the Ghana delegation to the Health, Sanitation and Nutrition Conference held in Alexandria, United Arab Republic (UAR) in January 1964. He also led another delegation in March in 1964 to the World Health Assembly, Geneva. In May 1964, he was appointed Minister for Interior, and in February 1965 Minister for Mines and Minerals Resources.

On 11th June 1965, he was reappointed as Minister for Interior. He served in that capacity until Nkrumah was overthrown in 1966. He was appointed a Member of the Council of State in the Third Republic which lasted from 1979 to 1981.

Growing up as a child and schooling in Navrongo, the name Abavana was a household name in Navrongo and Northern Ghana, because almost all second-cycle and tertiary institutions in the North have a house or a hall of residence named after him, and this is not surprising because when a delegation visited President Kufour to inform government about his death, President Kufour is quoted to have said that the late Abavana “lived not only for the people of Navrongo but for the entire country, rose through the public service as a true Ghanaian, social and great political leader who distinguished himself in the socio-economic development of the country, and deserved to be honored with a state burial”.

Mr Mahami Salifu who was then the Regional Minister who led the delegation to inform the government about his death said, “the late Abavana was a role model for the Northern Parts of the country”.

Infact, there is a street located in the center of Accra, the Nation’s Capital, called “Abavana Street or Junction”. It therefore stands to reason that, if there is a Public University in Navrongo – Abavana’s home town, and it has to be renamed after a personality in Northern Ghana- Upper East Region, that personality should be somebody who has distinguished himself in the socio-economic development of the country, and not somebody whose only contribution was just as a mere member of the founders of a political party or a rock of the NPP. Somebody who foiled efforts by internal elements to disunite the NPP cannot be said to be a statesman.

Thus, if there is any personality in Northern Ghana that has distinguished himself in the socio-economic development of Ghana and Navrongo for that matter, and must have a public University named after him, that personality is Lawrence Rosario Abavana, a great politician from the North who was so instrumental in getting Northern Ghana to support Kwame Nkrumah to fight for independence, and thus became the first Northern Ghana Regional Commissioner of independent Ghana in 1957, and also held various portfolios in the first Republic.