Population Explosion And Unemployment In Ghana: Is Education Still The Key? 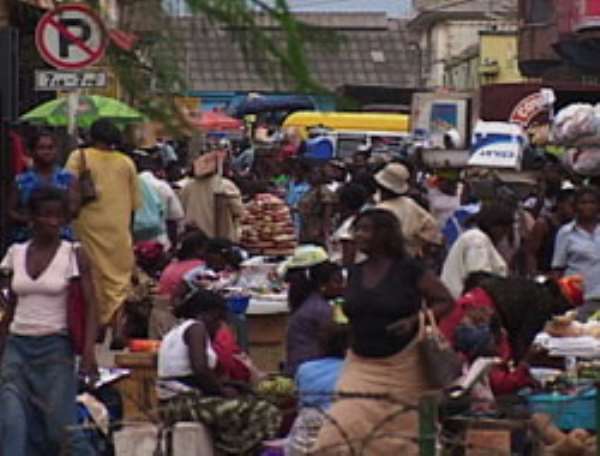 "Take away my education, and you would have taken away my life". The above quote opens the autobiography of Francis Xavier Sosu, a renowned and successful young Ghanaian lawyer. In his book, 'Homeless', he recounts how his life mirrors his above assertion because he believes through education, a low life like his has got " unfathomable opportunities to wine and dine with the great and mighty, and one cannot be an exception".

Growing up, I was constantly reminded by my grandfather to pursue education and learn harder in order to secure a decent job to take care of himself and the family (It is rather unfortunate the old man passed away before I took my first appointment). Those were the days when university graduates were readily employed right after their national service and there were no group called 'Unemployed Graduates Association'.

Did these unemployed graduates not learn harder enough just like my noble self and my friend, Francis Xavier Sosu? Has education now lost the keys to securing decent employment and a successful life as it used to be? Well, it looks like the population explosion in Ghana has robbed away the keys to employment which education used to hold.

At the March 1995 International Meeting on Population and Social Development in Copenhagen, Denmark, during a session on unemployment, underemployment and population, it was stated that the problem of unemployment was the extent to which a nation's labour supply was not matched by the labour demand (job opportunities).

Ghana's population is currently growing at a rate of 2.15%. This is expected to dwindle to below 2% by 2025. The World Population Prospects (2019 Revision) of the United Nations Estimates and Projections have projected Ghana's population to hit a sky rocketing figure of 52, 016,125 in 2050 should the population even grow at a reduced rate of 1.43%. From these figures, one would not be far from right to conjecture that Ghana's population would double in the next thirty years.

The doubling of Ghana's population every thirty years should have a commensurable effect on the provision of school infrastructure. This means that if there were 800 Senior High Schools in 2010, it should double or expanded by 2040 to reduce the pressure on the existing facilities and Double Track would not have been an option if this had been envisaged earlier. Unfortunately, the number of Basic Schools in my village have remained four over the past forty years.

Employment opportunities should also double by 2040 to absorb the teeming graduates being churned out by our universities who have also increased their intake of students. These opportunities are sadly absent. How many schools and hospitals/clinics have been built to absorb the large number of teachers and nurses who graduate from the universities and colleges?

Graduate unemployment also has a correlation on crime rates. The famous robbery of the Brazil Central Bank in Fortaleza on August 6, 2005, for instance, was a well coordinated plan executed to perfection by a group of educated professionals in various fields in engineering, plumbing, medicine, electricals and computing. Ghana is not immune to this fate a specially as kidnapping has become rampant in recent times. It should be noted that it is very difficult to arrest educated criminals.

There is still a glimmer of hope. Education can still be the key if the population growth rate is somewhat controlled. This can be achieved through the adoption of population control policies to reduce birth rates and the introduction of the 'Trump' policy to check illegal immigrants who compete with our nationals on the scarce job market.

The government and private organisations should create job opportunities to employ graduates produced each year from our universities, polytechnics and colleges. If the number of graduates are still too huge to be employed, government can run an exchange of labour programme where our unemployed graduates can be exported to other countries like Bulgaria whose current population of 7,000,119 is growing at a negative rate of 0.73% and is expected to reduce further to 5,385,441 by 2050.

I would encourage the media, politicians, religious leaders and statesmen to shift the paradigm from the usual political discussions to holding of talks and symposia on unemployment issues amidst Ghana's population explosion if we want to secure a future for our children and grandchildren. We shall surely overcome someday!

You overstepped boundaries in attack on Bagbin – Ayariga tel...
20 minutes ago